After leaving the Falklands, we faced the infamous Drake Passage to get to Antarctica. It took two days cruising.

The Antarctic Treaty, signed in 1959, guarantees free access and exchange of information to all nations. Although some nations claim sovereignty over portions of Antarctica, while the treaty is in effect no such claims may be asserted. This treaty governs all behavior in Antarctica. We visited sites operated by various national research organizations. 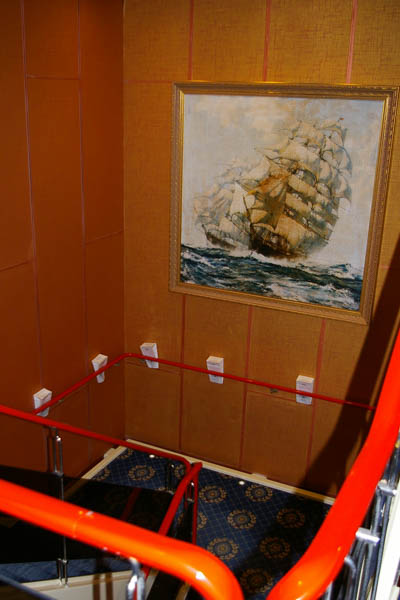 The ship's staff "decked the halls" with barf bags for the Drake passage. Jim doesn't get seasick. I spent most of the time zonked on Dramamine and thus avoided the worst.

We were delighted to find that the waters around the Antarctic Peninsula itself were calm. 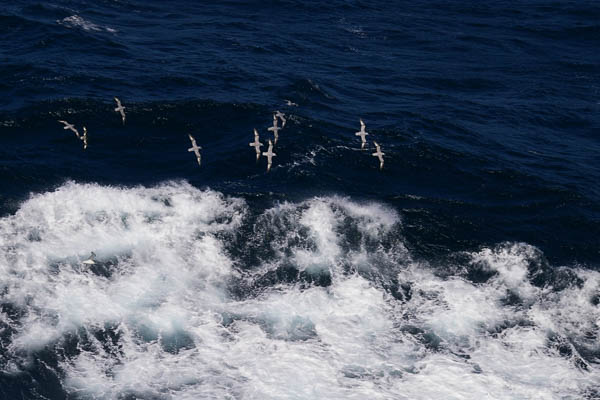 I find that I fare better in rough seas if I stay on deck as much as possible, so I did a lot of bird watching. Many seabirds kept us company along the way.

These are southern fulmars. 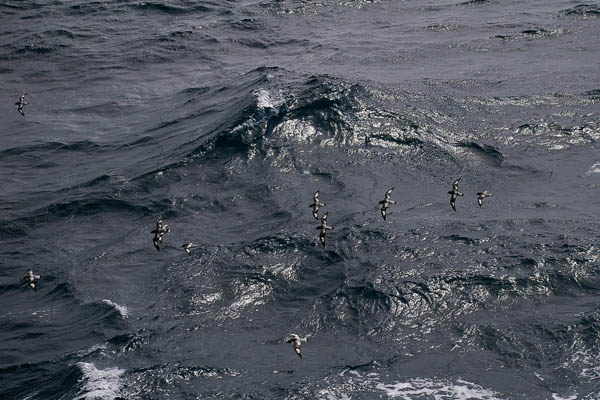 These are Cape petrels. 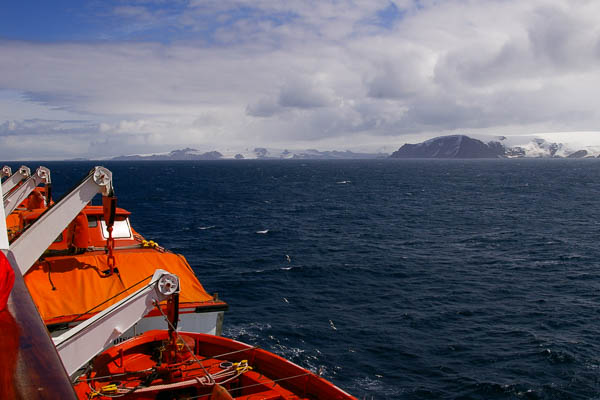 As soon as we reached the South Shetland Islands, the sea became blissfully calm. What a relief! 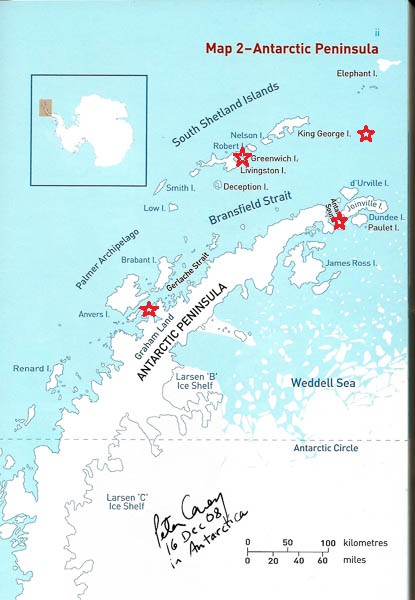 I've copied a page from our guide book (signed by the expedition leader) to show our ports of call in Antarctica. Our first landing was the Polish Arctowski Station on King George Island. This is one of the most-visited sites in the area.

We cruised through Hope Bay, off the Antarctic Sound near Joinville Island. This is the location of the Argentine Esperanza research station.

Waterboat Point, the southernmost extent of our travels, is the site of a Chilean research station. This is where we actually set foot on the mainland of the 7th continent (some assert that New Zealand is the 8th continent -- we've been there too).

Although we had hoped to cruise the scenic Lemaire Channel, it had too much ice and we diverted to the nearby Neumayer Channel. It was plenty scenic!

Our final stop in Antarctica was Half Moon Island, in the strait between Livingston and Greenwich Islands.

In all we spent three days cruising and landing in the area.