The following morning we enjoyed our last shore excursion in Antarctica: Half Moon Island. It hosts an Argentine research station that was not in use at the time of our visit. This is where we saw chinstrap penguins. According to the information at the link, they are considered ill-tempered, but I found them playful and amusing. 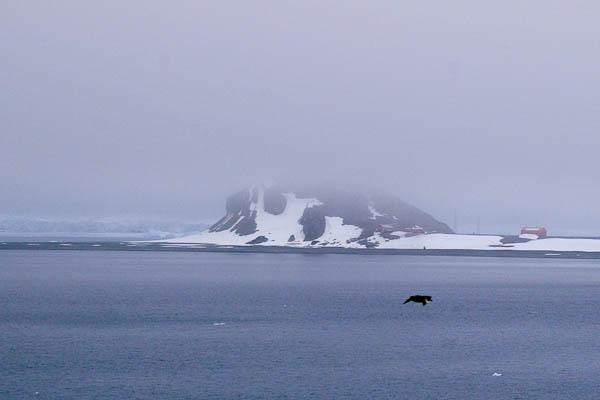 The closed research station is to the right of the hill. We will be landing at a different location on the island, which was shaped (surprise!) like a crescent moon. 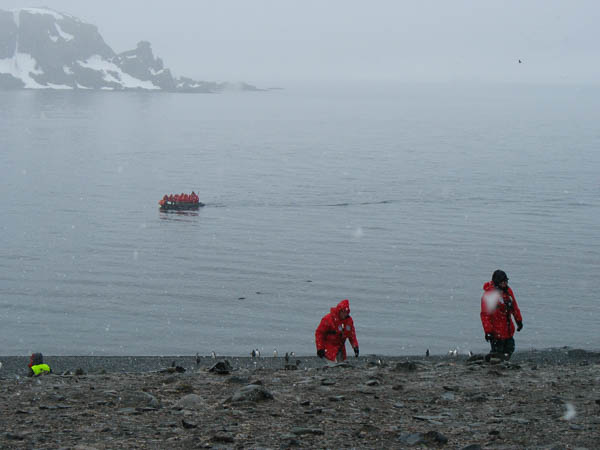 This was our last Zodiac landing.

The number of passengers who chose to land here was much fewer than at previous locations. Some may have been feeling penguin fatigue, but the cold, wet snow didn't help.

This was the only stop where I did feel the weather.

As we disembarked from the Zodiacs, we were greeted by this abandoned whaling boat. I'm glad we didn't have to pile into one of these babies for our landings! 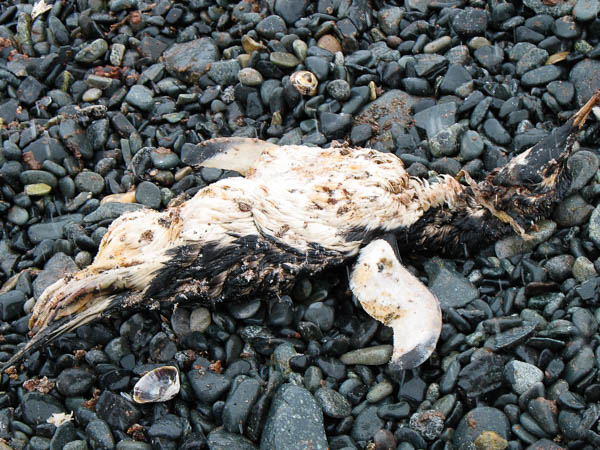 Nature, red in tooth and claw.

Whatever killed this penguin didn't get a meal out of it. The wounds may not have been immediately fatal and the bird was able to make it to shore to die there. I was surprised that scavengers hadn't yet made away with it. 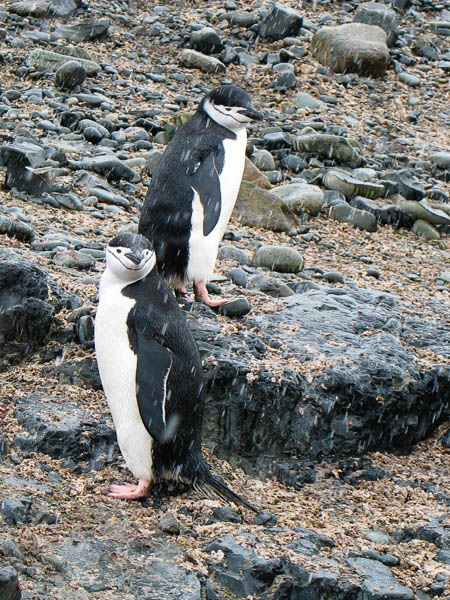 In general the Chinstraps seemed cleaner than the other penguins we visited. Some of them even seemed to delight in snow baths or short dips in the ocean. 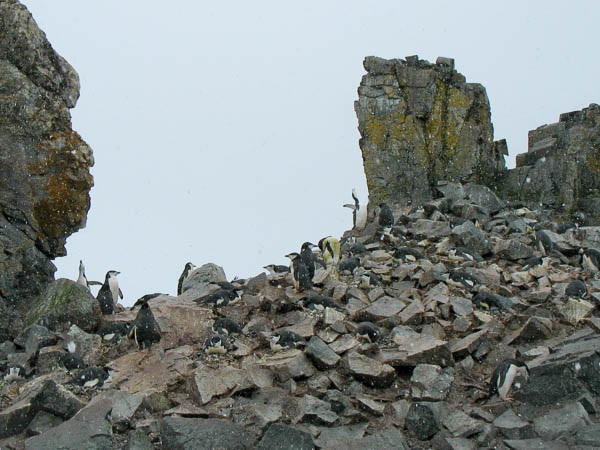 The cacophony of the nesting area can't be captured in a photograph. 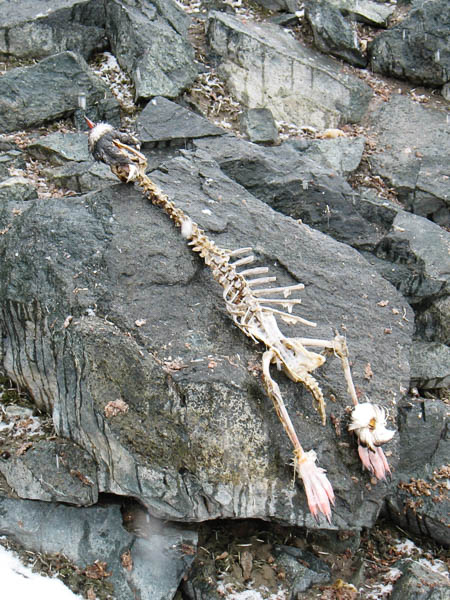 Scavengers have cleaned out this corpse. The red beak identifies it as a Gentoo rather than a Chinstrap.

The skeleton shows that penguins do have knees and rather long lower legs. Most of the leg is contained within the body mass for warmth's sake giving penguins on land their characteristic waddle.

These two birds were having a riotous game of tag. They seemed to do it just for the joy of the exercise. 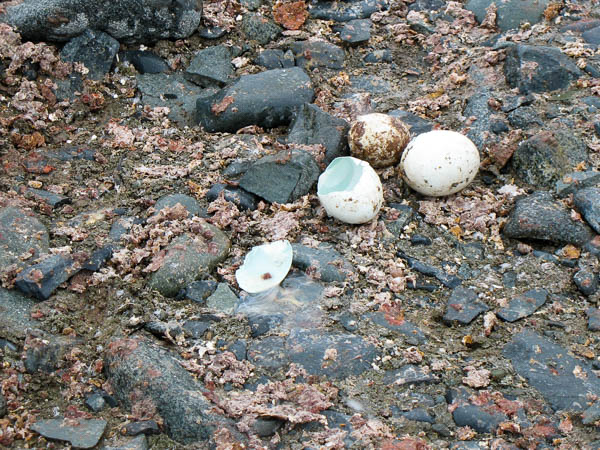 There was no joy here, except for the predators.

Chinstraps, like Gentoos, lay two eggs, so this is a raid of more than one nest.

The Zodiac loading up for return to this ship on our last landing.

Antarctica was an adventure. I'm glad we went. I have no desire to return.