Arctowski Station is managed by the Polish Academy of Sciences. We visited for the Adélie penguins. 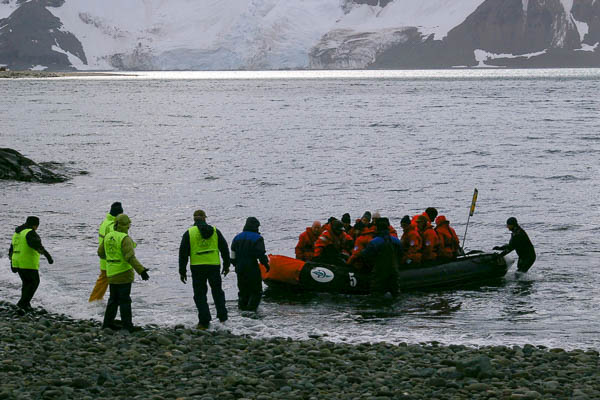 Our Antarctic visit was the first place we encountered Zodiacs and "wet" landings. In the Falklands we were able to use the tenders and tie up to piers, but that was not the case here. We clambered into Zodiacs and waded ashore.

The pre-trip materials specified the need for wading boots and waterproof outer clothing, but our group member who had already been the source of discord didn't get that memo. She expected the staff to dry the Zodiac somehow before she sat down. She was disappointed. Perhaps she also expected them to carry her ashore?

I don't know if she made any of the rest of the Zodiac landings. By this time Jim and I were acting independently for the most part. 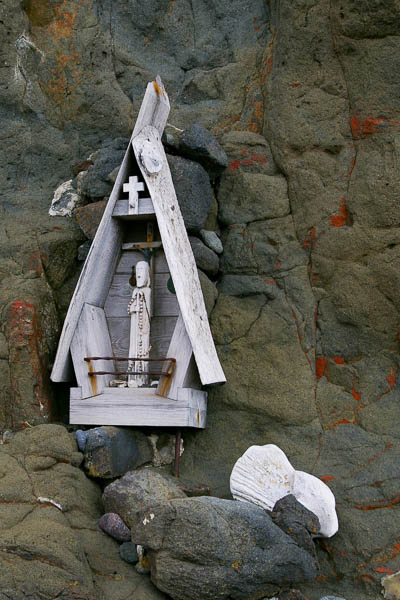 This shrine overlooked the landing area. Some kind of protection was needed at this site. Unfortunately it didn't work for one woman. 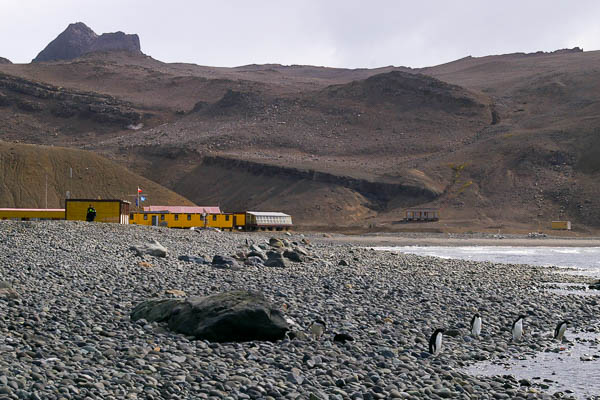 Somehow I expected all of Antarctica to be covered with ice. Most of what we had seen up 'til now had been, but this station was essentially ice-free.

The buildings looked as if they were on skids and could be moved from one place to another as needed.

The cobbled shingle was treacherous. One of the ship's passengers fell and broke her leg. The staff spent quite a bit of time getting her into an air cast so that she could be loaded into a Zodiac to return to Discovery. The ship's doctor took care of her thereafter, but she took home a souvenir she hadn't expected. 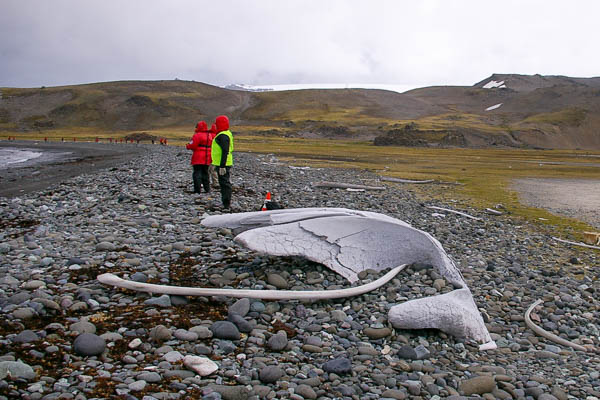 In former years the area had been a center for whaling and whale bones still littered the shingle.

The rookery is far down the shoreline out of this image to the left. 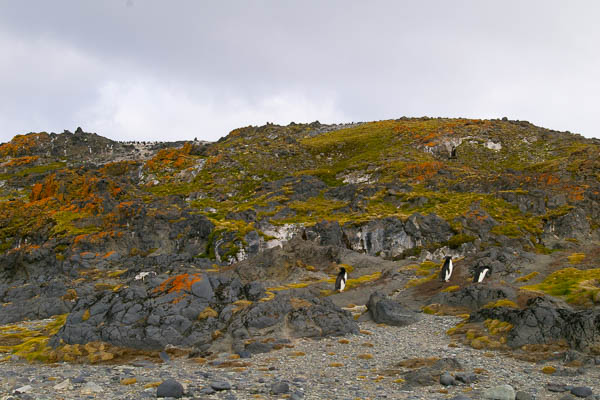 This was as close as we could get to the rookery. At the other locations, we were allowed to walk through as long as we didn't disturb the nesting birds. I don't remember if the prohibition here was because Adélies are more sensitive to disturbance or simply because of time limitations.

Plenty of birds were here and there along the shingle. The rules were to stay at least 10 feet from the birds and never to approach them. If they approach you (they didn't), it was OK to stand still and let them. No action was allowed that would cause the bird to change its behavior and we were never to get between a bird and the sea. 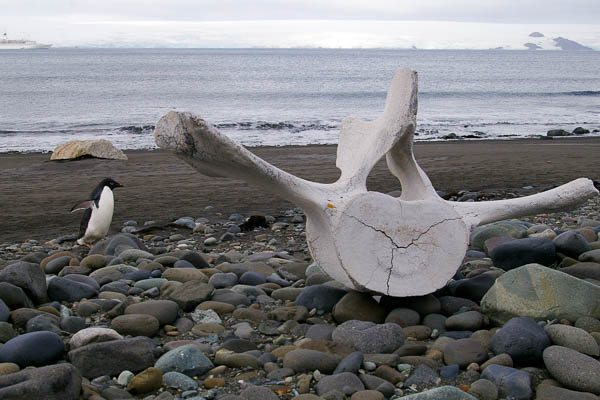 Part of a whale's spine. The penguin is about 18" tall, so it gives an indication of the size of the whale. Huge! 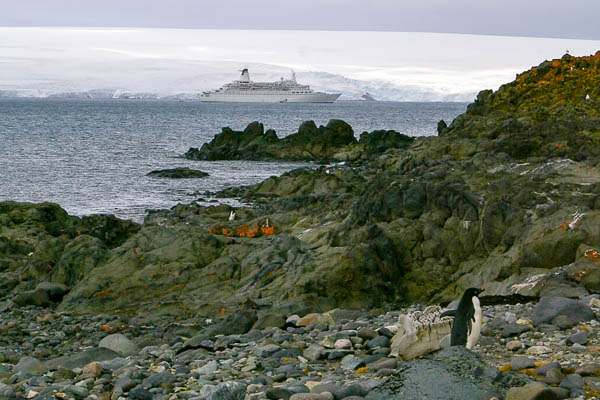 The ship waited offshore for us.

The captain never put down anchor because he needed to maintain the ability to maneuver. Later in our visit we found out why 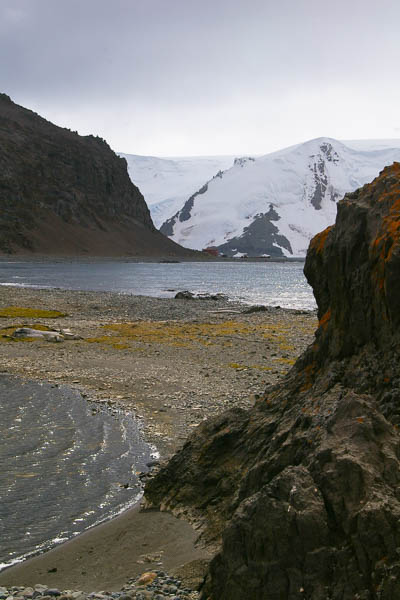 The beach opposite the route to the rookery was more forgiving than the cobbles. I wonder what is the state of these glaciers nowadays, fourteen years deeper into global warming. Have they retreated as much as northern hemisphere glaciers?

On the other hand, increased snowfall in the Antarctic may be a side effect of global warming due to increased water evaporation from the oceans. The huge chunks of Antarctic ice that make headlines when they break away, are undermined by warming ocean temperatures rather than shrinking from lack of snowfall.