Hope Bay, on the northern tip of the Antarctic peninsula, is the home of the Argentine Esperanza Base. The first child born in Antarctica was born here in 1978. Since then at least eleven children have been born somewhere in Antarctica. Although there are permanent bases, there is no permanent population of the continent. 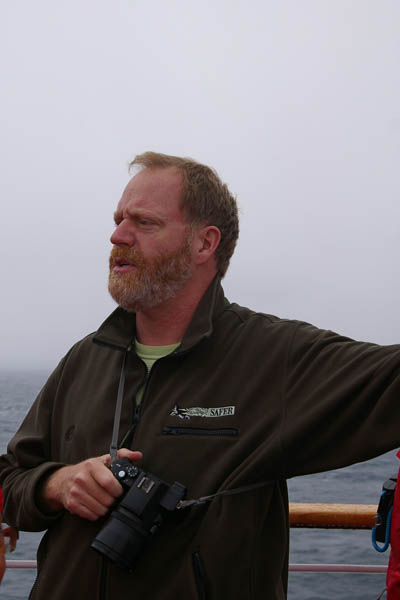 We didn't make landfall at Hope Bay, but there was still plenty to see. Peter Carey, the expedition leader, was always available to instruct and answer questions. His book, of which I bought a signed copy, was a handy reference to the places and critters that we saw.

The landscape was as stark as we expected Antarctica to be. 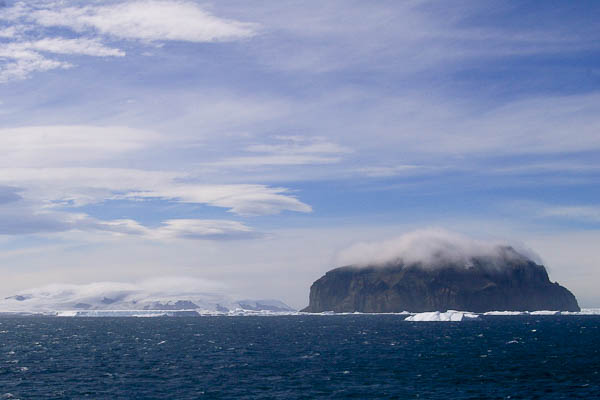 An isolated volcanic plug marks the end of Hope Bay, at the entrance to the Weddell Sea. It had a frilly cloud "nightcap." After reaching this point, our ship turned back. 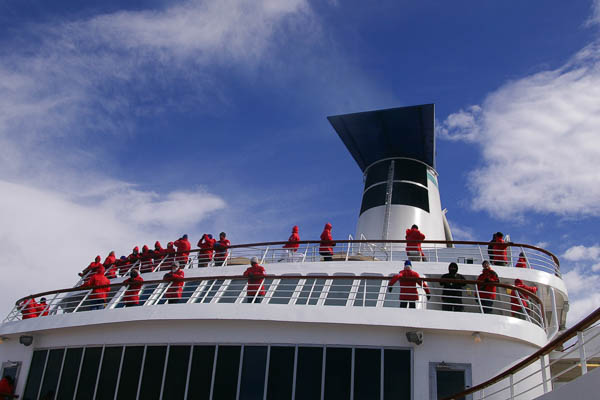 People perched all over to see what there was to see. The standard-issue red parkas prompted me to call them Homo sapiens 'Red Parkensis.'

Jim donated his when he got a better jacket from our later South Atlantic crossing. Mine is somewhat worse for wear, but warm and perfect for walking the dog on winter mornings. 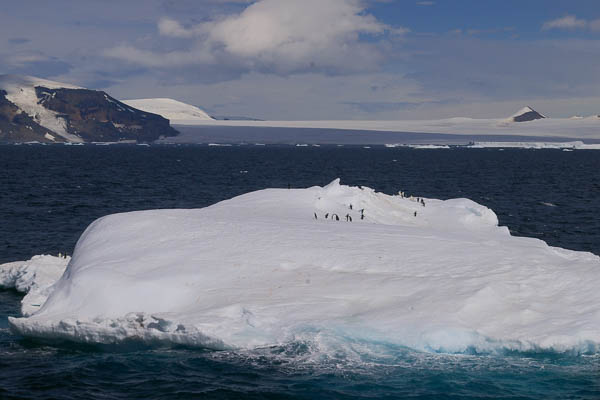 This berg was a resting spot for a gathering of penguins. Groups of penguins have different names depending on what they are doing at the time. The information at the link didn't specify what a group of penguins hanging out on an iceberg might be called.

They are too far away to be sure, but I think these are Adélie penguins. They hold their flippers away from their bodies to cool off! 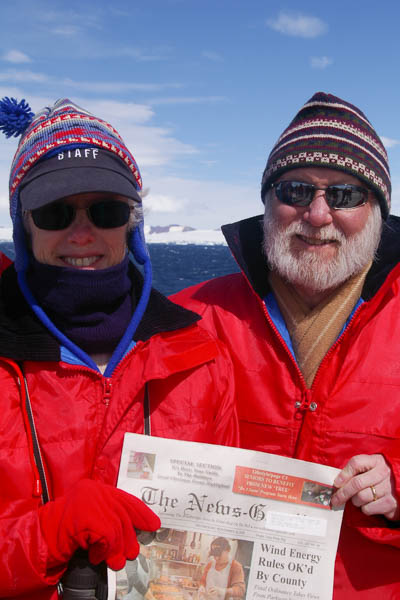 Here we are with the ubiquitous News-Gazette. The headline discusses a proposed wind energy project. As of 2022, 14 years later, the project has yet to be built. They're still squabbling over this and that. 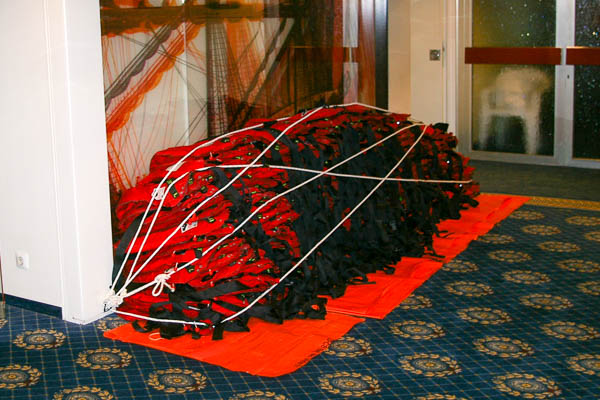 Since we weren't making a landing, the life vests were neatly stored away. This was the only one of our expeditions where the ship's staff bundled us into the life vests for shore excursions. On other ships, after a demonstration, we were assumed to know how to do it ourselves. 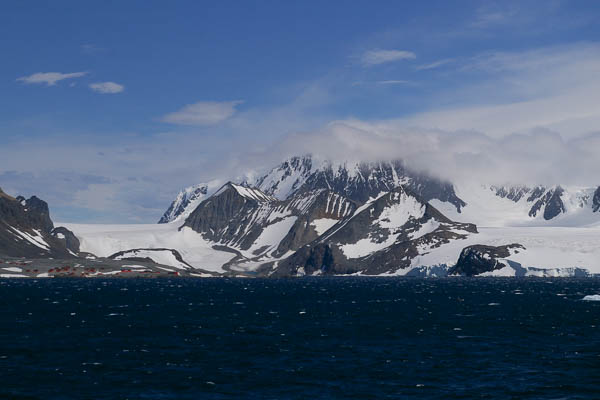 The red buildings of Esperanza Base can just be seen to the left of the image. 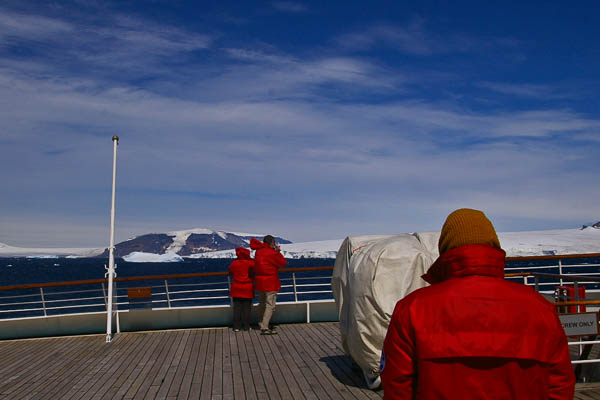 We had been warned about the possibility of katabatic winds along the Antarctic coast. These winds are fueled by denser, i.e. heavier, air at higher elevations, flowing downhill and accelerated by gravity. They are fiercer closer to the continental mass, but even along the peninsula, the winds were strong enough to tilt the ship at a significant angle. It was difficult to keep my footing and take this picture (sensible Jim stayed inside). I had an arm looped around a stanchion to steady myself. 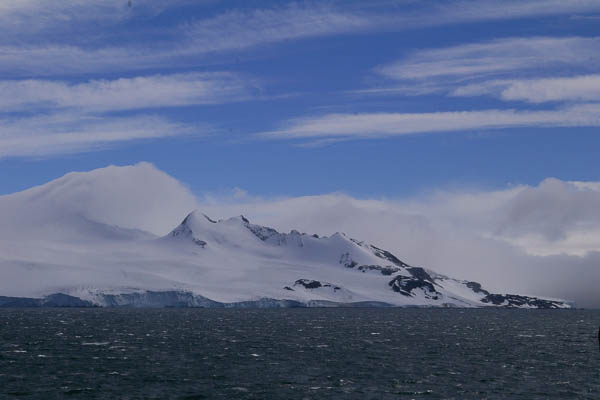 The effects of the wind can be seen as it flows left to right from the high ground to the sea taking snow and clouds with it.