After Hoppy died we weren't sure we ever wanted another dog, but as time passed, we began scouting shelters for a small poodle-like dog to adopt. Well. All the shelters were awash in pit bull crosses and various hound dogs. All the pit bulls I've known personally have been fine dogs, but they are far too large for what we had in mind. Hounds have never appealed to either of us.

When a friend had a long recovery from heart surgery, we took in her corgi for a while. He was a nice dog, but SHED hair all over the place and at 30+ pounds even he was too big. That experience convinced us of two things: less than 20 pounds and a poodle mix.

We began researching Cockapoo breeders. Hoppy was said to be a Cockapoo, although he was much indebted to the poo part. Without getting into too much detail of the search it had a happy ending at Cockapoo Cottage. We purchased an adorable puppy and named him Koko. At this point we're still all getting used to each other, but he is turning into a fine dog as he learns his limits and we learn his language. His friendly nature has already made him a neighborhood favorite. 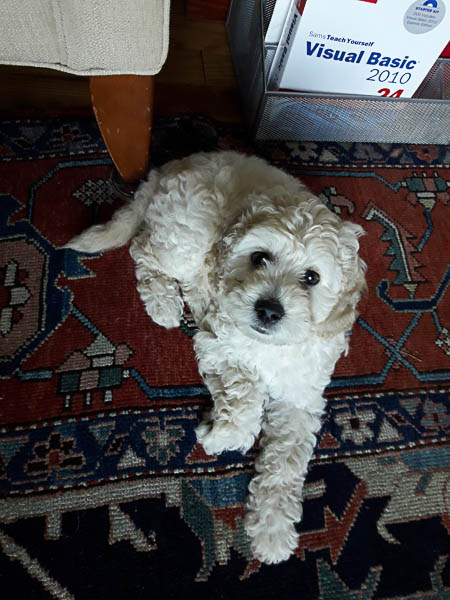 Koko, at two months, is considering a study of Visual Basic?

No, he has chewed on several of our other books, but not that one. 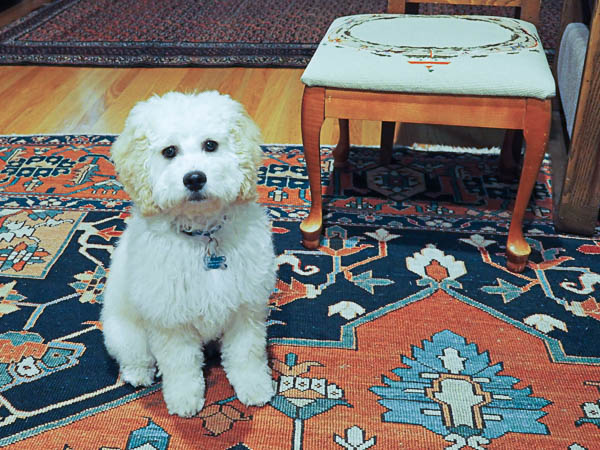 At four months Koko has just had his first puppy groom. What a little fluff-ball!

Although he is 1/4 cocker and 3/4 miniature poodle, he got more cocker genes than poodle genes when the deck was shuffled. Hoppy, who was probably the same breeding, looked almost pure-bred miniature poodle. 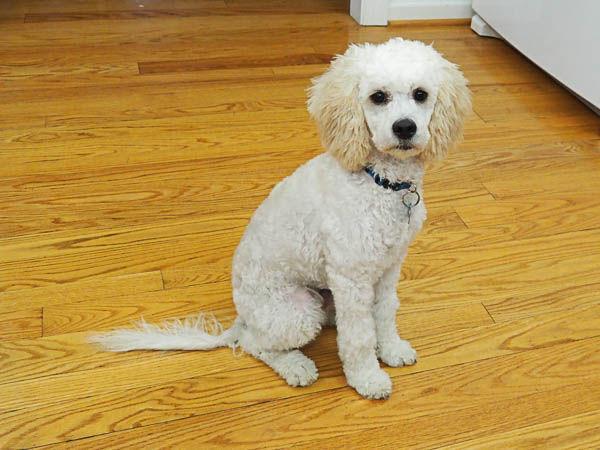 At six months Koko received his first "big dog" groom. Now he looks more poodle-y, except for the cocker ears. 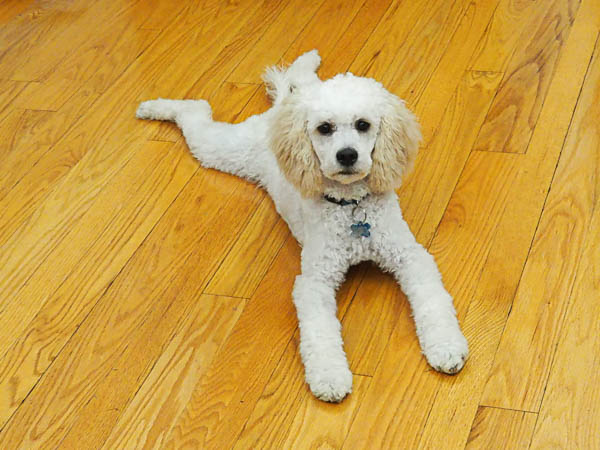 His sploot pose. We learned about splooting while taking care of a friend's corgi for a couple of months. Now we know what to call it. 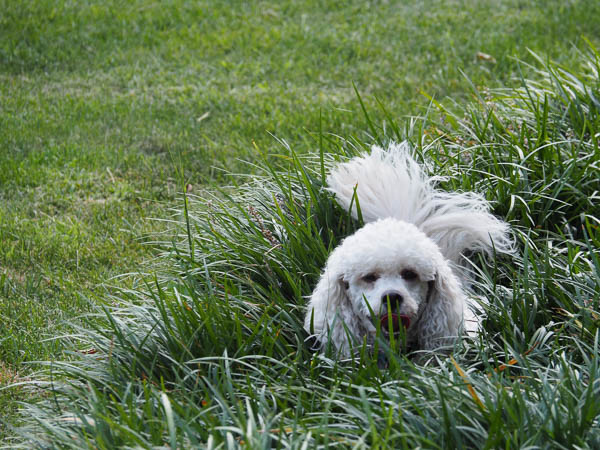 Koko, although fully grown at 14 months and 20 pounds, is still a puppy at heart. His favorite outdoor place is buried in the liriope by the walk. We'll be moving soon to an apartment at Kendal at Lexington, and we don't know what he'll do without his fenced yard and liriope.