The next morning we visited  the Moulin Saint Jean olive oil mill to learn about olive oil production in France. That portion of the visit was followed by a demonstration by Chef Fabien Morreale, a former "Top Chef" winner and restaurateur. We then enjoyed the fruits of the demo for lunch. 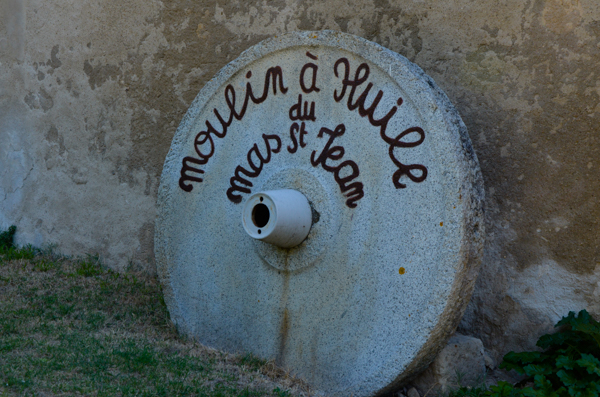 The traditional production of olive oil includes crushing the freshly harvested olives and then pressing the pulp to extract the oil. The discussion at the link is pretty much in line with the presentation we received.

Moulin St. Jean uses modern machinery to produce high-quality oils, but some of the old production equipment has been retained for decoration.

This mill is in the Baux Valley Appellation d'origine protégée and adheres to the principles established for that region. 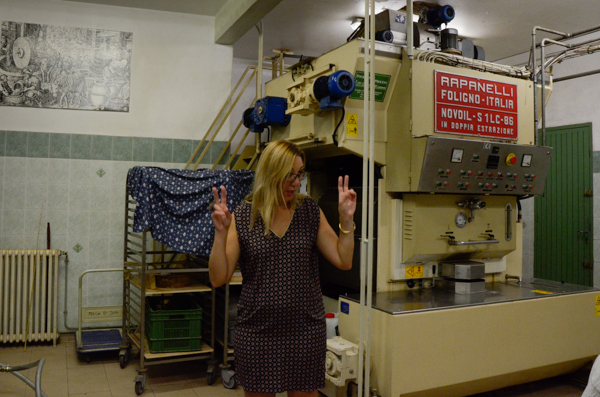 Magali Sourdon, the 4th generation of her family to produce olive oil, gave us an overview of the process. She and her sister Anne smashed the glass ceiling dictating that only men could produce olive oil. They then shocked their family by replacing traditional olive processing with new and improved machines. The goal is to prevent the oil from oxidizing as it is processed, which adds off flavors. Resistance faded when the resulting product began winning medals and fame for the business.

France is a small producer of olive oil and emphasizes quality over quantity. 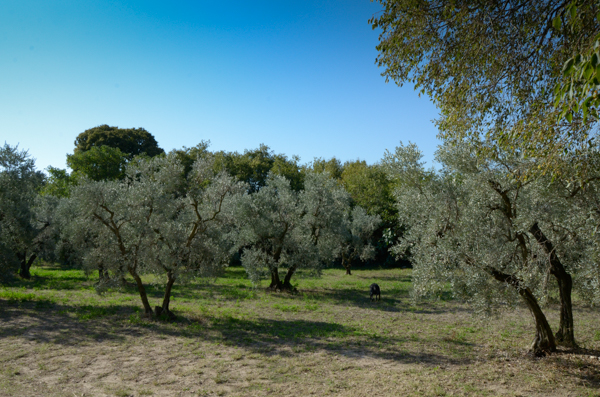 In 1956 a severe freeze in France appeared to kill all the olive trees at Moulin St. Jean. The family was devastated because the trees are expensive to replace and take several years to become productive. They switched to zucchini!

After a few years of zucchini production, young olives began to sprout from the roots of the original trees. Over time they developed into the multi-trunked trees shown here and the family was back into the olive oil business!

Since that time they have planted new trees and expanded production. 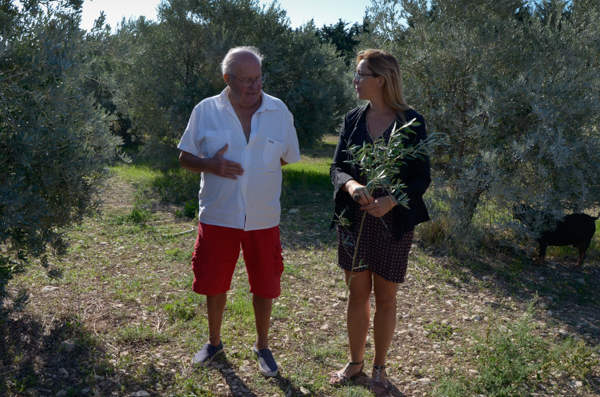 Magali's father, a master pruner, discussed the principles of olive pruning. The pruner thins the branches so that sunlight reaches as much of the tree as possible. Another goal is to keep the tree to a reasonable size to facilitate picking. After proper pruning the tree will have a vase shape like the trees shown above.

Olive trees are often started from cuttings like the one that Magali is holding. Its small branchlets will be cut and trimmed to two or three leaves before being placed in a rooting medium. The use of cuttings ensures consistent genetics. 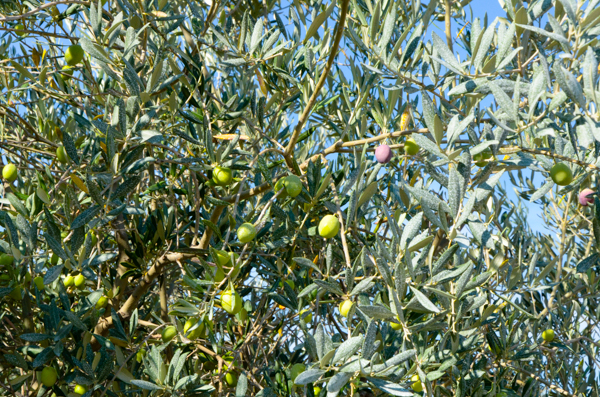 Olives showing varying degrees of ripeness. All olives will eventually turn black, but even green olives like most of these can be ripe.

The eventual use of the fruit will dictate the degree of desired ripeness. Some uses require olives to be picked at the green-ripe stage, others remain on the tree longer. 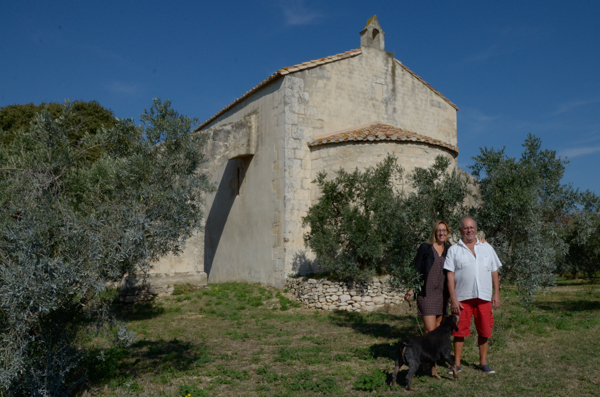 The chapel is used on the logo for Moulin St. Jean.

A front view of the 11th century chapel for which the mill is named.

The family rents the chapel for weddings and other suitable occasions.

He illustrated how to prepare a roasted leg-of-lamb. The lamb itself roasts for ten hours so he had already prepared the meat that was going to be served for our luncheon, but he showed us the steps that made it ready for the oven.

The demonstration was fascinating and the resulting luncheon was outstanding. We were learning that this trip takes the "Eating" part of its name very seriously. 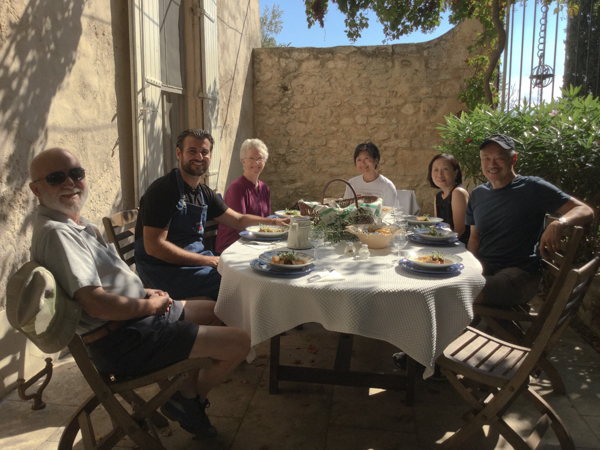 Once the meal was complete we repaired to a shaded table in the garden for our repast. Yummy! 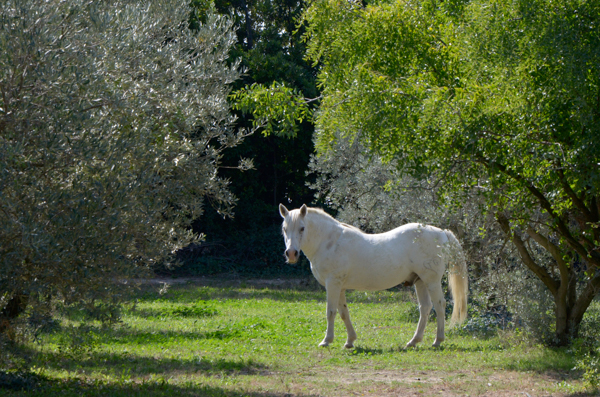 After the meal, we strolled over to visit with the family's two Camargue horses. We would see more later. These horses are now retired and living a life of ease in the olive grove.