Skjoldungen is a large uninhabited island in the King Frederick VI Coast, southeastern Greenland. It was named after Skjoldungen, an honorific title for the successors (Scyldings) of legendary King Skjold to the ancient Danish throne as related in Norse mythology. 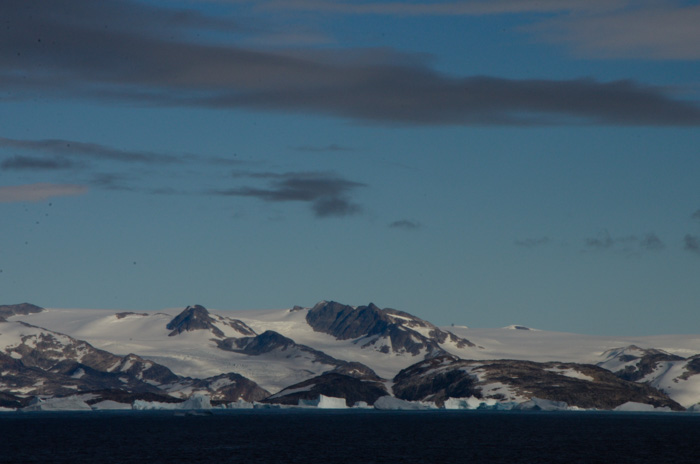 The next morning we were still on our way to today's destination at Skjoldungen.

The scenery was spectacular with glaciers reaching the sea and icebergs to keep us company. 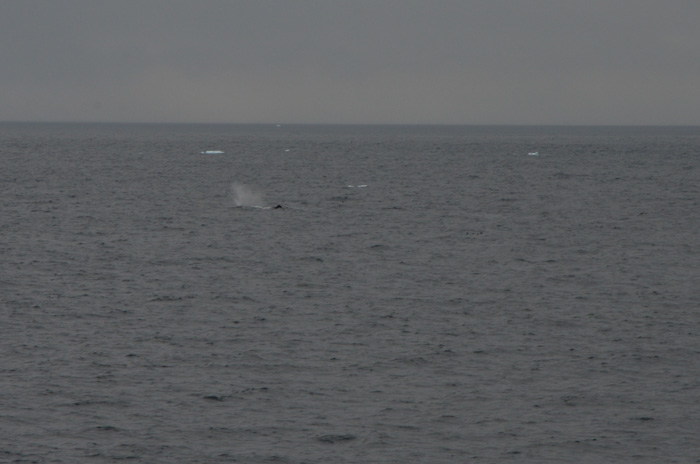 The high point of the morning's travels was a pod of sperm whales! They are the largest of the toothed whales. The most famous sperm whale was Moby Dick. As fantastical as that story is, it is based in fact. The character of the great white whale, also had its factual counterpart.

The sighting was exciting because of the rarity of these creatures -- still endangered after intensive hunting. Their dives are of long duration, an hour or more, so they are not often seen on the surface. We watched as the whales rested or made short shallow dives. Eventually they all disappeared and we moved on.

We once had a large white cargo van to pull the horse trailer and do other chores around the farm. We name our vehicles and that one was Moby, The Great White Van. 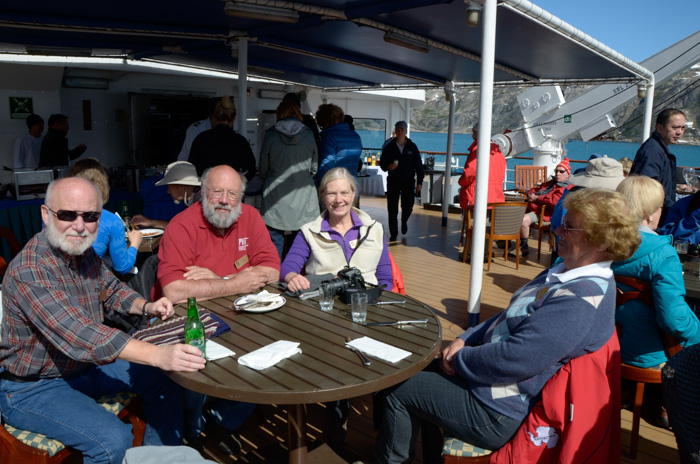 Lunch that afternoon was on deck. Jim is sitting with Fred Gray and Linda Parker of Sun Valley, ID. Also sitting with them is Brenda Porter of Wellington, NZ, who is trying to appear invisible.

We first met Fred & Linda on our trip to Northern Russia and were glad to see that they had chosen this expedition so we could renew our acquaintance. 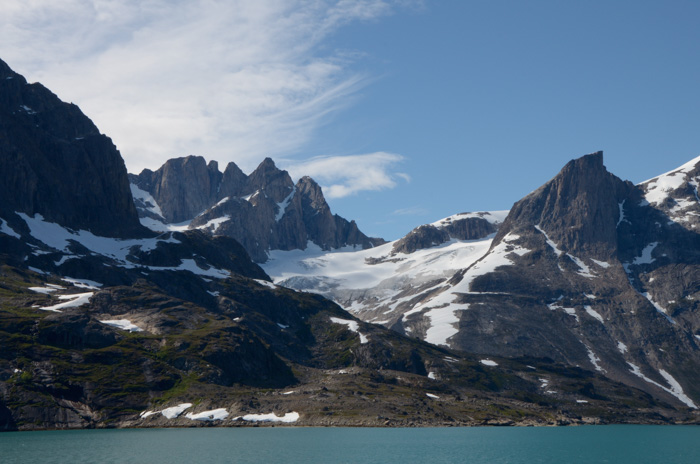 We have reached the fjord and are cruising to our landing site. 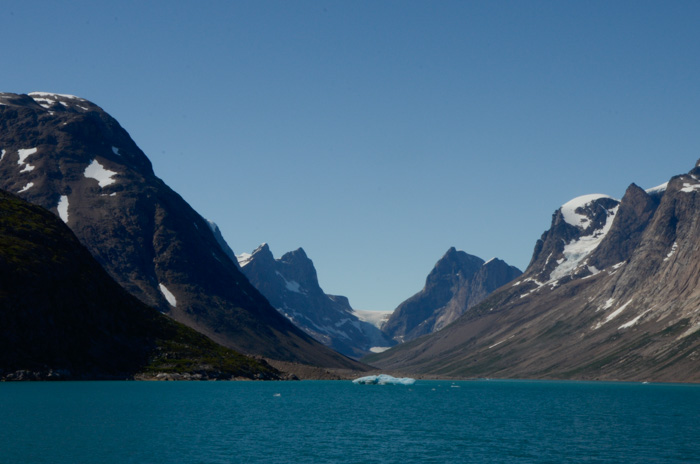 The plan is to explore this valley.

Jim and I had bought Neos boots for this expedition after trying a variety of other types of foot gear on previous trips. They are nice because you wear normal sneakers or hiking boots inside. I chose the "Adventurer" height, which was barely high enough at some of the landings to keep out water. If I were to do it again, I'd go for the "Trekker" height.

Even though it was occasionally desirable to keep the boots on while we were ashore, it was easier to walk without them, so I often took them off. 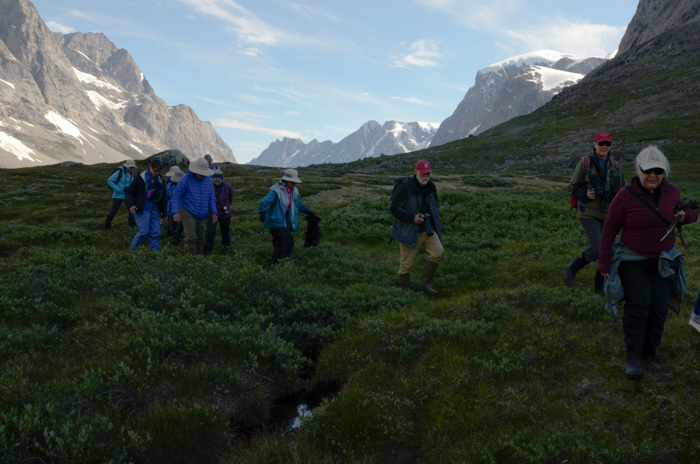 The ground was somewhat swampy and we are far enough south that black flies and mosquitoes are now a problem. I love my Deepwoods Off!

This was an area where I was glad I had kept my boots on. It may look like mere shrubbery to you, but it is a Greenland forest with many small watercourses. 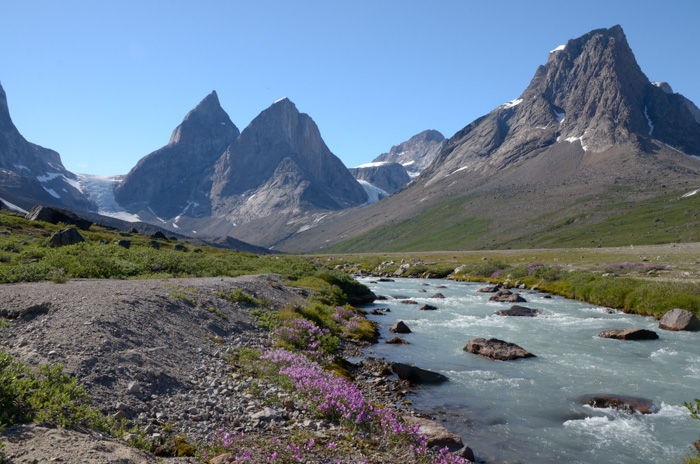 Our group of "long walkers" had planned to cross this river and explore some moraines on the opposite side, but the water was too swift and deep. We remained on the near side and had an excursion into the gorgeous valley. 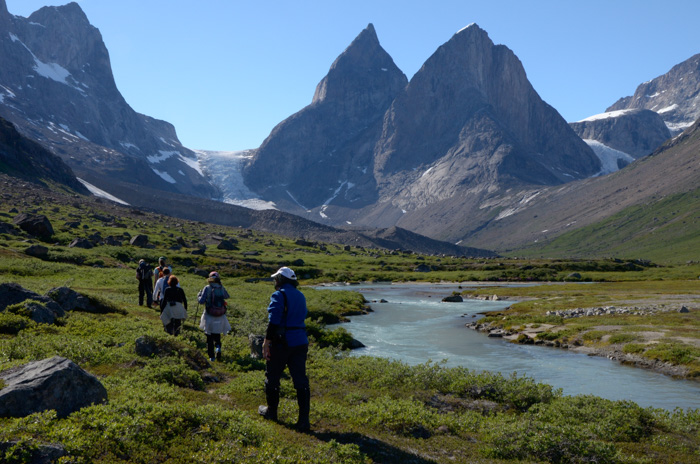 We have reached a point where we can see a relatively recent moraine -- the heaps of barren rocks below the glacier tongue.

The boulders all around us were left by glaciers that advanced and retreated long ago.

The river is cloudy with glacial silt. 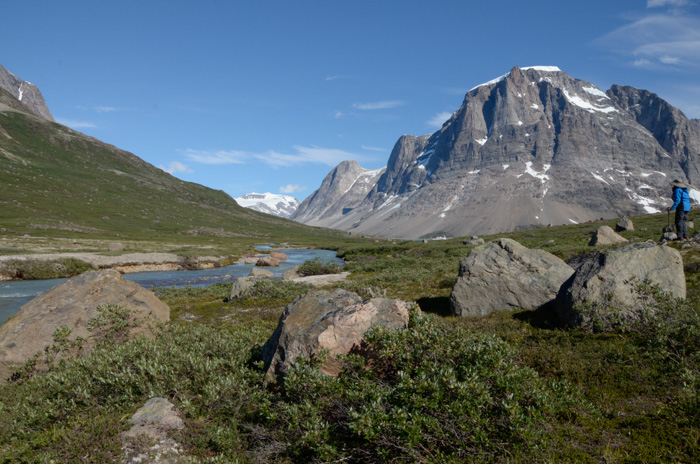 The view on our return was just as striking.

This was another place where I went wild with plant pictures.

Since we are farther south the same plants we saw earlier are now shrub-sized rather than prostrate. Plus there are new ones. 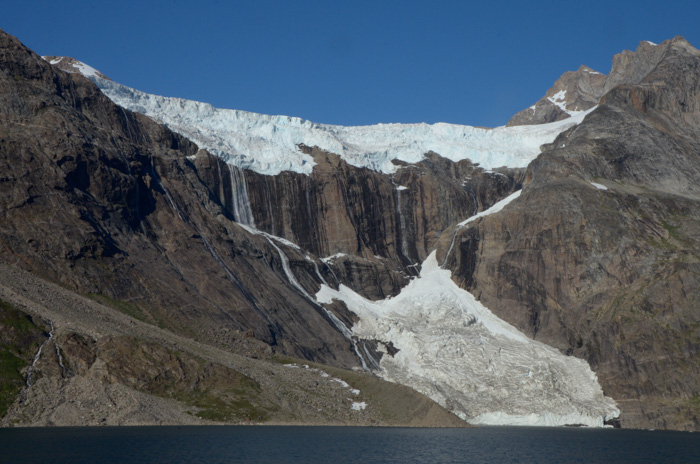 After we returned to the ship, we began making our way around the island to return to the sea. There were numerous melt-water falls. 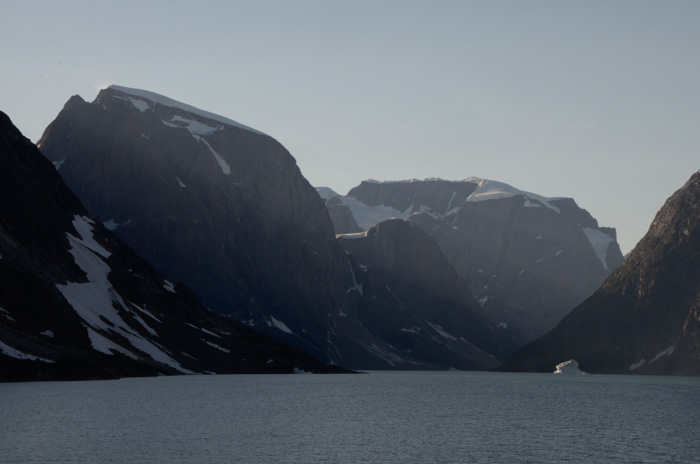 The passage out, which was different from the way we came in, was narrow. The high mountains shaded our way making it somber and awe-inspiring. 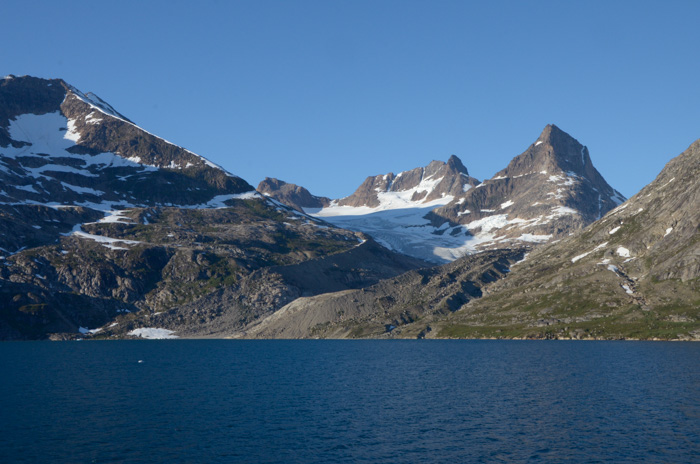 It was good to be back in the sunshine again.

The center of the picture illustrates a great example of lateral moraines left behind as the glacier has retreated up the valley. The rock ridges remained on both sides of the valley as the glacier shrank.