The plant varieties are changing as we travel south, but there are still some old favorites. 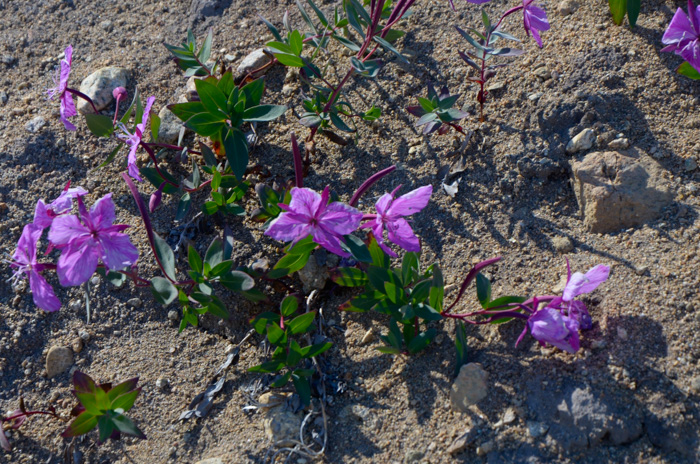 Niviarsiaq is the state flower of Greenland. The name means "little girl" in Greenlandic. 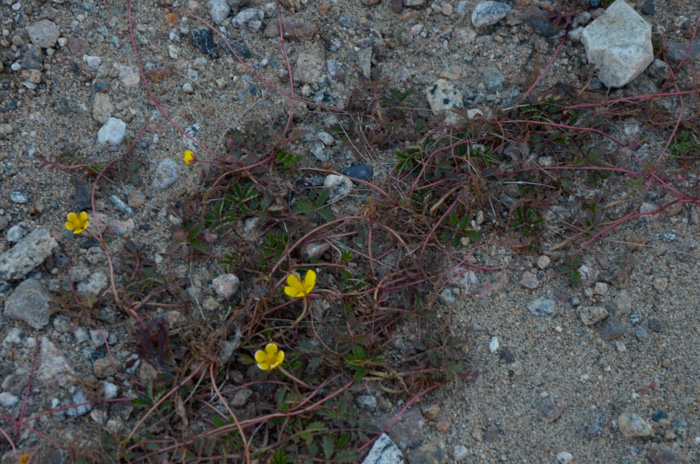 I was unable to find what this trailing plant might be, but my best guess is some kind of buttercup. There are several arctic varieties although I couldn't find any exactly like this one. 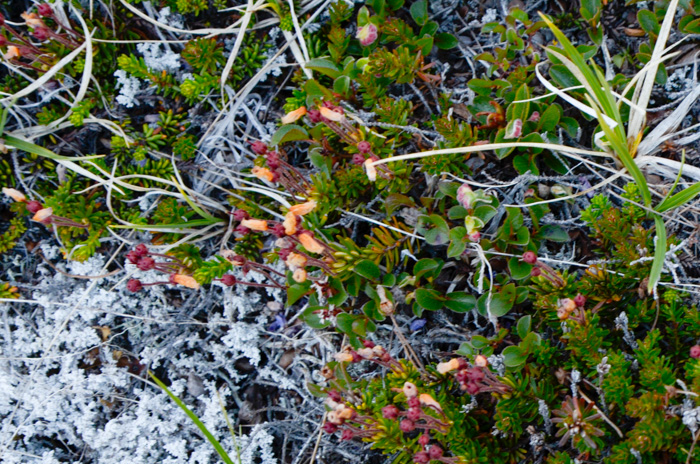 A variety of heath, lichen and other. 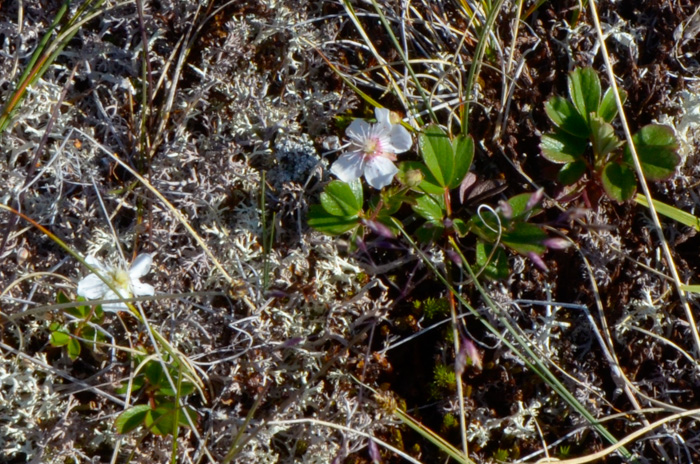 This little flower is Sibbaldiopsis tridentata. It is widely found in the US and Canada as well as Greenland. 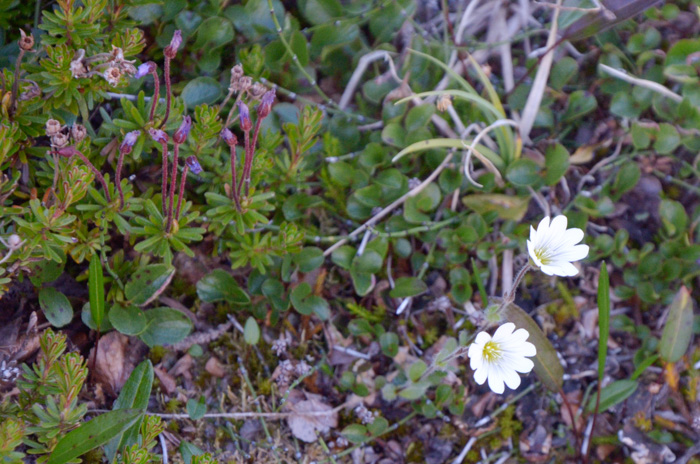 Who knew I would ever get excited about a variety of chickweed (the white flowers)?

I have been unable to identify the purple flowers, which are either not yet opened or past their bloom. They appear to be the crowberry flower, but are a somewhat different color than others I've found online.

These are dwarf willows. The female flower is red and very unlike the male flower.

Actually, not exactly, but a related species: Hieracium alpinum or Alpine hawkweed.

And yes, there were dandelions just about everywhere in Greenland -- at least in the inhabited areas. 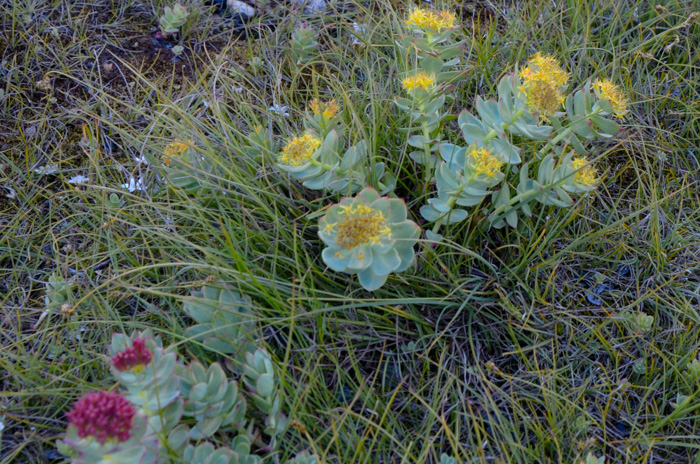 The ubiquitous rhodiola. I was lucky to get both the yellow and red blooms together in the same image. Like most of the plants that I was able to find information about, it is reputed to have medicinal uses. 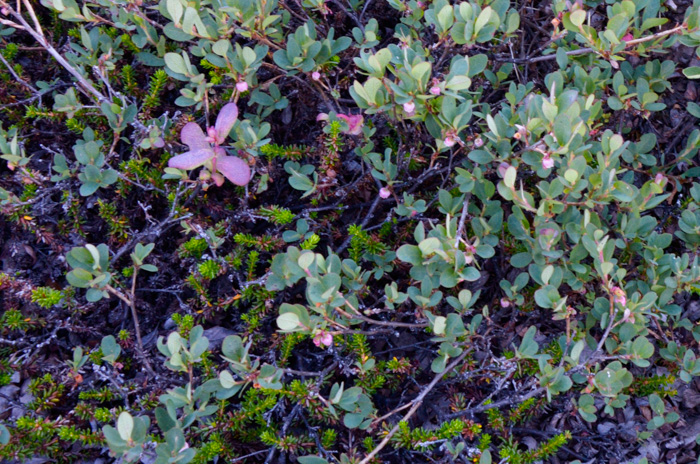 Bog blueberry in flower. We found ripe blueberries all over and they were delicious! The ship's staff purchased a quantity at one of the settlements, and we enjoyed them for the next few days at breakfast. 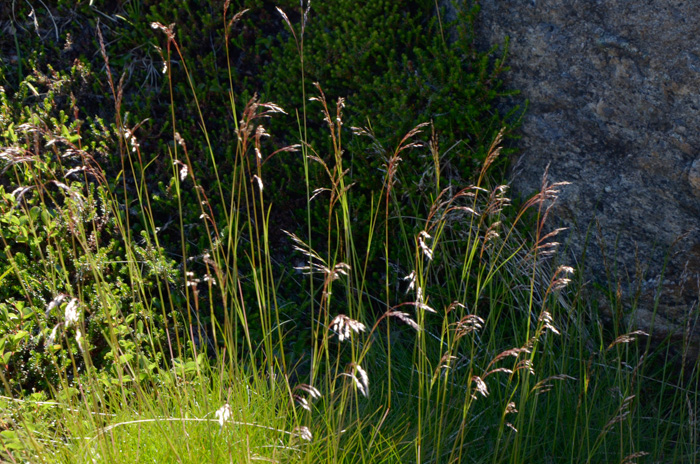 We saw many different types of grasses in our travels, but it is hard enough to identify flowers. I'm not going to attempt to sort out the grasses.

In the midst of an otherwise barren slope I could hear water flowing.

This spring came out of who knows where and cascaded between the boulders. Wherever it provided water, an oasis of plants appeared.

Elsewhere meltwater from the glaciers along the sea would be swallowed up in the scree. 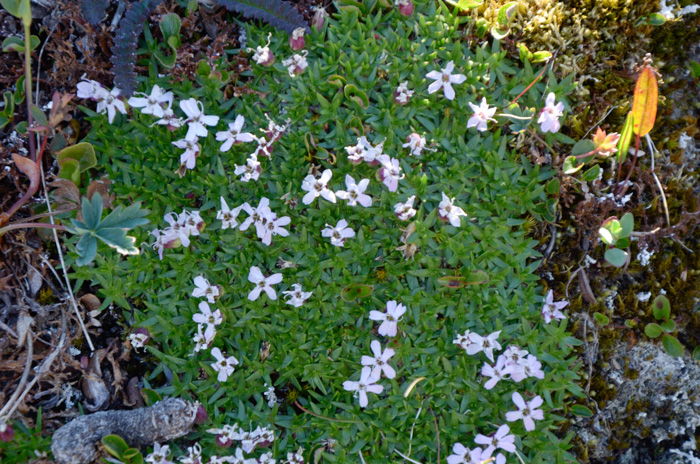 No idea what this one might be. There's just not a lot of resources on the WWW for Greenland plants. 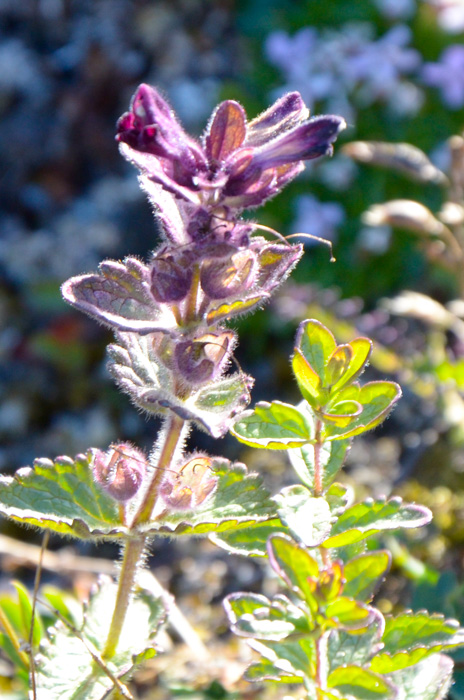 This is alpine bartsia, widely distributed in arctic and alpine regions.

It is partially parasitic.