The next morning we left "The Big City" of Auckland and headed for the countryside. Our destination was Rotorua, but there were many interesting sights before we got there.

As in the US, passenger travel by rail has declined and large trucks have taken over much of the cargo-hauling. Nevertheless we saw a few cargo trains.

The railroads in New Zealand are all narrow-gauge to limit the cost of initial construction. It was a major undertaking to build the rail lines since the terrain was often mountainous and the country was small. 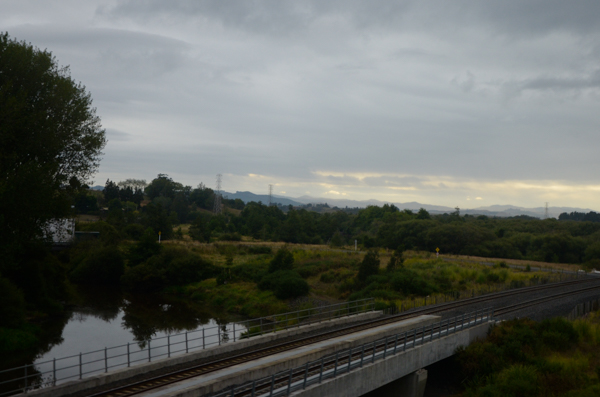 South of Auckland we passed the Bombay Hills. This area of rolling hills and fertile farmland is the market garden for the city, but much of the land is being turned into housing and "lifestyle blocks" for folks who want their own farmette.

The region is the dividing line between Auckland and the rest of NZ. Those on either side view the other side with suspicion.

We followed the train tracks and the Waikato River. This is the King Country that we had read about in our pre-trip research and it was interesting to put it into context. 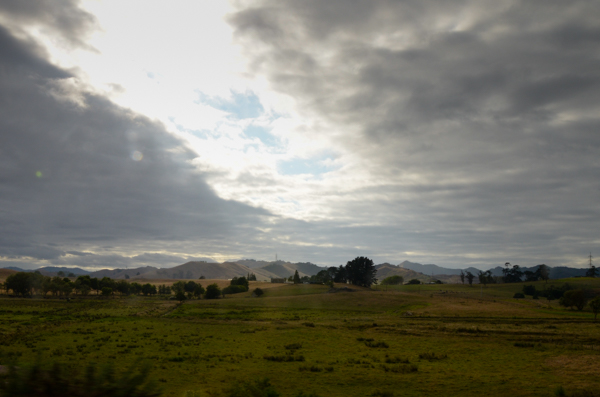 Initially the Maori welcomed European settlement, even considering a European village or mission station in their territory as an element of prestige or mana. As the number of Europeans, or Pakeha (pronounced pah-kay-ha), increased, however, they began to put pressure on the Maori tribes and to seek their land.

Although a strongly tribal people, some of the Maori tribes created a confederation and selected a king to counter the power of the English queen. They were concentrated in this area. The King movement was eventually overwhelmed, but for a time it protected the Maori land-holdings in this region.

We stopped for a break outside of Huntly. This large power station was across the Waikato River.

New Zealand's power is largely generated by hydro, especially in the South Island, and geothermal, especially in the North Island. They are also investigating wind power. In the meantime coal and other fossil fuels are often used. Much of the coal is mined locally although some is imported. 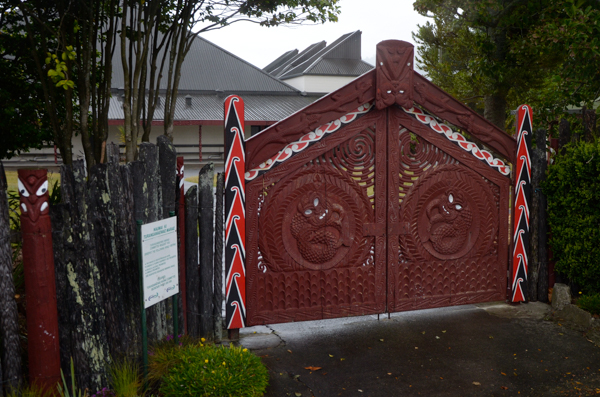 The Maori king lived and held court at a compound in Ngaruawahia. Although originally elected from the leading tribal chiefs, the kingship became hereditary within a single chiefly family.

We did not visit the compound, which was surrounded by a fence with several decorated gates.

New Zealand has a major Thoroughbred industry. Perhaps their most famous horse was Phar Lap, who was bred in New Zealand and trained in Australia. He raced in Australia and North America before dying suddenly in suspicious circumstances just prior to a major race. We saw his skeleton in a museum in Wellington. There have been a number of books written and even a movie made of his life.

We passed numerous racetracks, but none were active at the time. Harness racing, dressage, and eventing are popular horse sports. 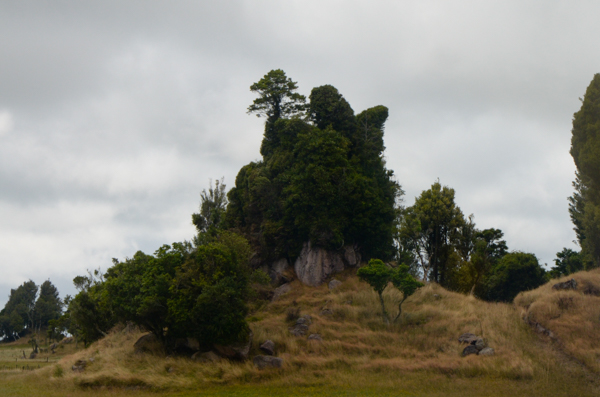 As we neared Rotorua we passed a surreal landscape of rock outcrops. These are harder basaltic lava once buried in volcanic ash and mud that have eroded away.

We had expected New Zealand to be uniformly green, but the entire nation is in the midst of a drought and we saw many stressed pastures. Farmers are starting to feed their first cutting of hay and do not expect a second cutting.

As travelers we were glad to escape the anticipated rains (although not necessarily the clouds), but sad for the farmers and stock. 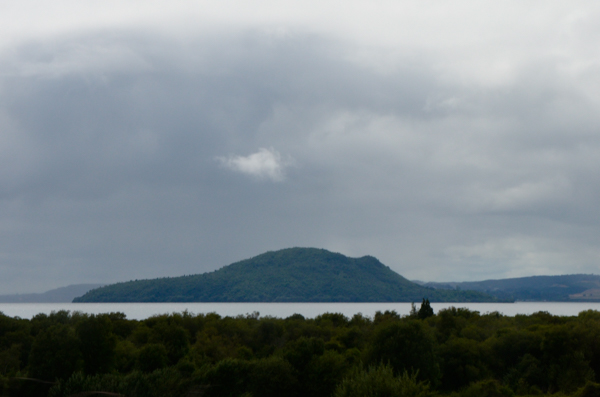 The Maori word rota means "lake," so calling it Lake Rotarua is redundant, but that's what it is called. It is a volcano caldera like so many other lakes in the north island.

Mokoia Island is in the middle of the lake. 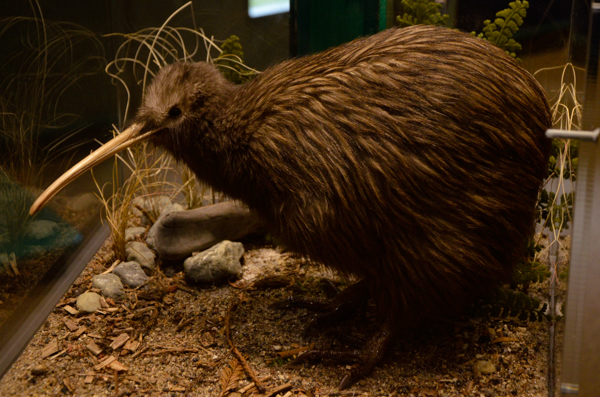 Before arriving in Rotorua proper we visited the National Kiwi Trust. This facility specializes in hatching kiwi eggs and raising them to an age when they are relatively safe from introduced predators such as stoats and rats (although they are never safe from domestic dogs & cats). In the wild only about 5% of kiwi chicks reach adulthood.

The national emblem of New Zealand is critically endangered in the wild due to predation and habitat loss. This is a stuffed bird on display. We did see living chicks, but pictures weren't allowed. We never saw any of these nocturnal critters elsewhere on our travels.

Although they are flightless, kiwis do have tiny wings under those feathers.

The female Brown Kiwi takes off after laying the egg, the largest relative to body size of any bird. The egg is brooded by the male. The chick is precocious and able to live on its own a few weeks after hatching, a process that can take a week or so. 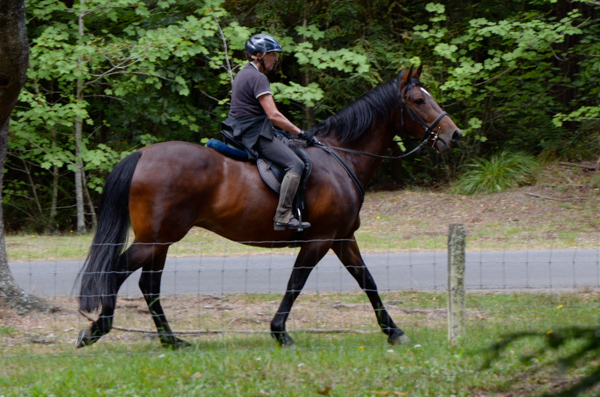 Our next stop was the Forestry Institute.

I was pleased to see this beautiful horse out for a spin with its rider. New Zealand seems to be more-or-less heaven for equestrians. We briefly considered retiring to NZ some years back (it was too expensive) and it might have been a better choice than Rockbridge County, VA, in terms of horse sports and bridle trails.

Not that we're reconsidering our decision. We love Lexington.