The next morning found us at Kuzokotskiy Island. This island is now a haven for kayakers, but it was one of the worst outposts of the gulag system. We saw many poignant reminders here. 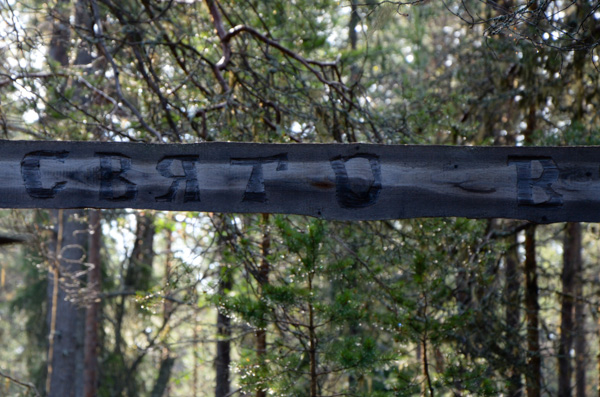 I can't remember the complete history behind the signs created and maintained by a man who lived on the island. He came out to greet us and his story was translated in part. There are two signs: this one, inscribed with the word "sacred," and another one facing it inscribed "nothing sacred." I have a notion that they related to the gulag and the prisoners who suffered and died here. 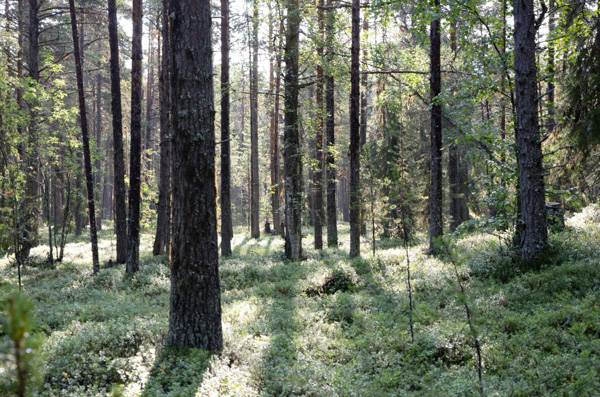 We entered the forest through the "sacred" gate. The beauty of the area justified the sacred label by itself.

The forest undergrowth featured low-growing plants, lichens and mosses. Somewhere in this area we encountered a tiny frog. I continue to be amazed at the variety of animals and plants that are adapted to these conditions.

The far side of the island is a rocky shore that bears the scars of glaciers that ground it smooth. 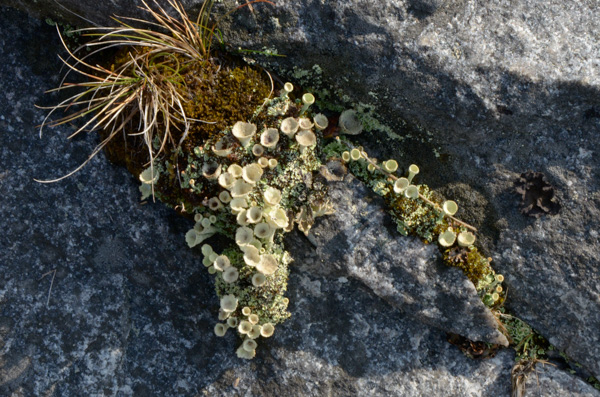 This tiny rock garden of plants included grass, moss and cup-shaped fungi with a lichen or two for lagniappe.

On the far side of the rocks we found this sandy beach. 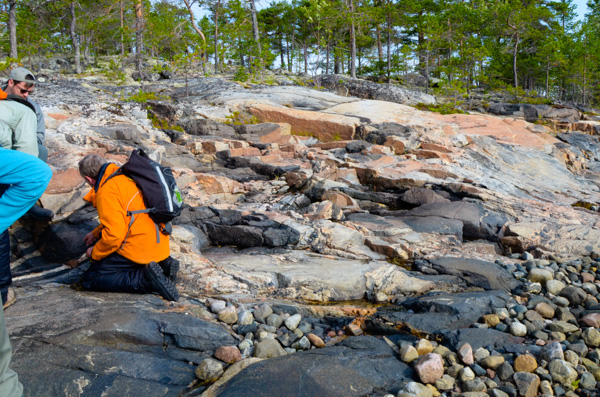 Even farther down the beach was a jumble of varying rocks: black, blue, pink and grey. Tom, our geologist, could be observed fondling various rocks and explaining excitedly their age (old) and origins (various). 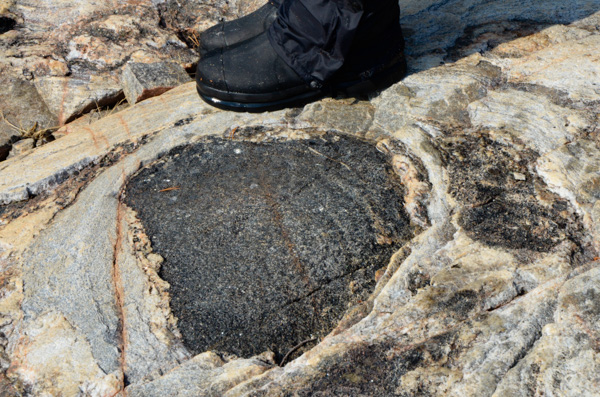 The rocks, gneiss like so many that we saw, showed evidence of a tumultuous past. As I recall the black inclusion was ancient lava from deep in the earth's core.

At present we are planning a 2016 trip to Iceland and Greenland. Tom is one of the staff on that trip and maybe I can get him to explain all the things that I've forgotten. Except that my brain will probably be overflowing with new things by then (it was).

I expected seaweed and the like along the tidal flats, but we saw a lot of this plant in areas periodically inundated by the tides. Sometimes the flowers were blue, as here, and other times they were white. I've not been able to find out what it is. 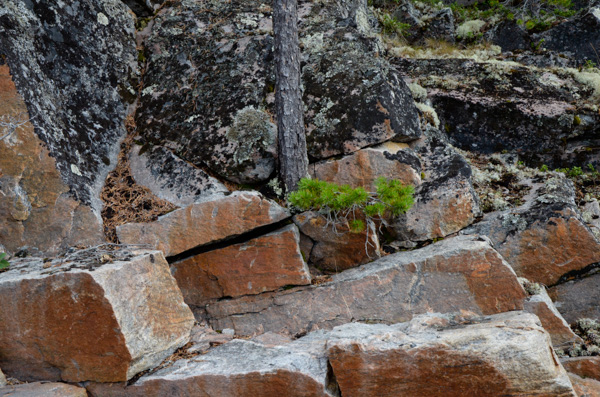 In the conflict between tree and rock, the tree will usually win. This small pine tree is making big rocks into small rocks by sending its roots into every available crevice. The freeze and thaw cycle helps too as water gets into the cracks, freezes and expands. The poor rock doesn't have a chance! 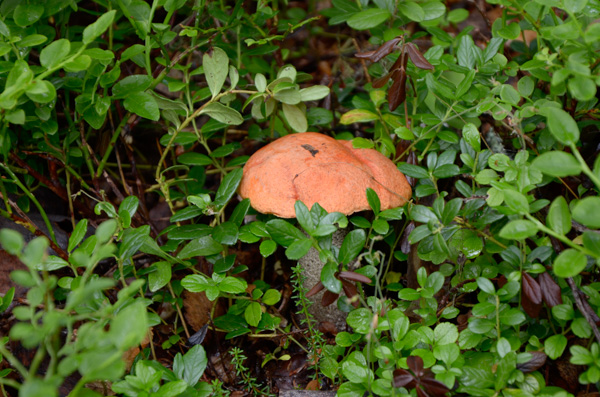 Walking back through the forest we came upon this very large and colorful mushroom.

This stump is a memorial of the gulag days. Prisoners sent here faced certain death due to exposure and starvation. Their assignment was logging. They cut trees with axes or handsaws and then hauled them out without help of power tools or vehicles.

In the years since the camps were disbanded, many of the stumps have grown "caps" of the native reindeer lichen. 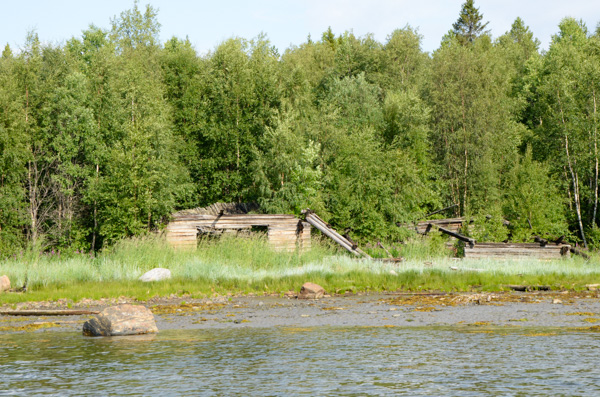 Deteriorating huts once housed prisoners and their guards. Conditions were brutal for both.

These huts were located on the "nothing sacred" side of the island.