We were privileged to have Oleg Volkov, a deputy director of the Solovetskiy Museum, as one of our guides. Because of his involvement we could see and learn things that might not have been available to the average tourist.

We spent three days in and around this archipelago. 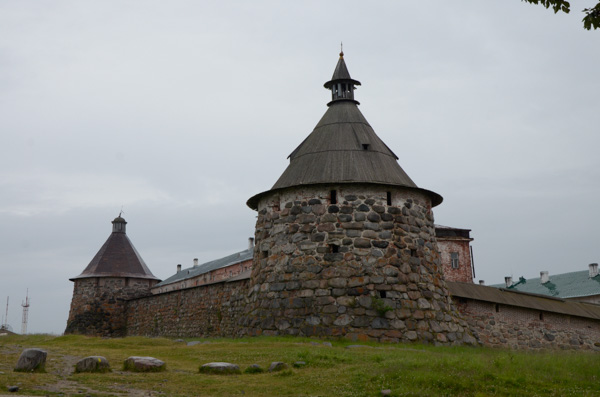 Solovetskiy Monastery was founded in the 15th century, but the islands had been a sacred destination for millennia with many labyrinths and burial cairns found in various locations.

In addition to being a monastery it was also a fortress, as can be seen by the heavy construction of the perimeter walls of the main complex. 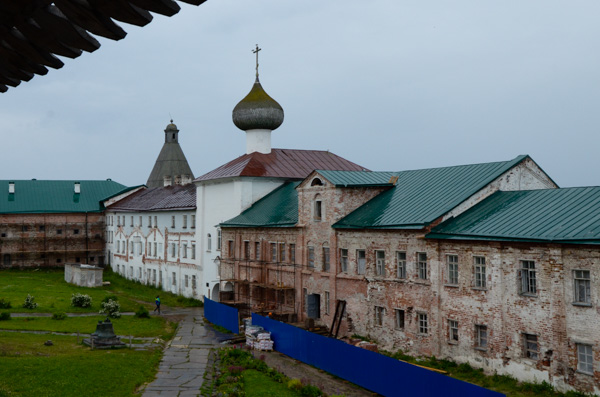 After serving as a prison camp and being virtually destroyed in the mid-20th century, monks returned to the islands in the 1990s. The churches and other buildings are being restored. 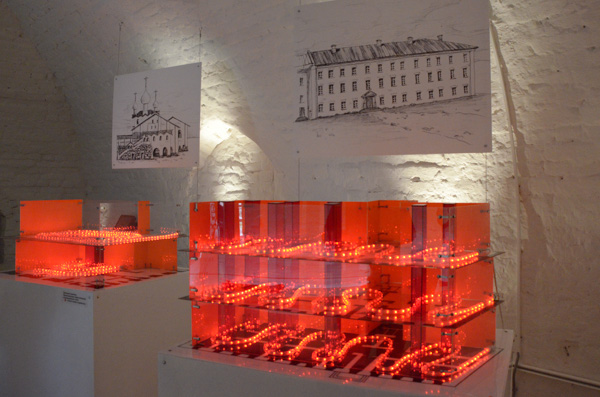 The monks who built the monastery were neither simple nor unworldly. The problem of heating stone buildings on an island in an inhospitable climate was a serious one. They developed a sophisticated system using central steam generation and ducts contained within the walls to circulate heat throughout the facility.

The red lights show how the steam was routed.

The monks also ran quite a few businesses and developed an extensive irrigation system.

Because of its isolation, Solovetskiy was first used as a prison and place of exile in the 17th century. Small numbers of prisoners were confined here over the years, but it was the Soviets who turned it into a horrific prison camp.

The exterior walls were riddled with cells such as this one. There have been entire books written on the Gulag system. I will not attempt to describe it here. 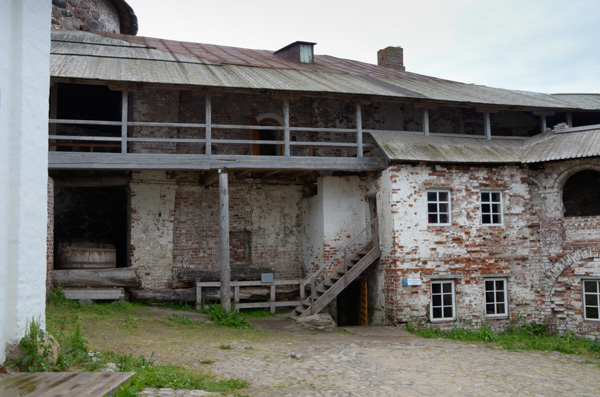 The entrance to the cell complex containing the room above is through the door under the stairs. There were many such cells contained there.

In its heyday the monastery had a botanical garden and it is also being restored. One afternoon we had a choice between three programs: visit the Gulag museum, explore the extensive canal system that the monks had developed to connect the many lakes on the island, and visit the botanical garden. Jim chose the Gulag presentation and I chose the garden. We both grieved that we couldn't also take the canal option as well.

I have many more pictures of the garden for those who like that kind of thing. See below for the Gulag pictures. 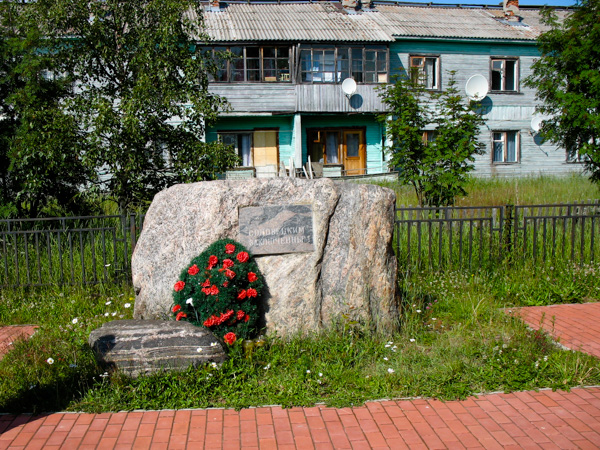 Jim was disappointed in the Gulag museum. The main thing he remembered was that there were very many camps in the Gulag system. Also there was a mass grave at Solovetskiy where prisoners would be taken and shot. Nowadays there are several memorials near the location.

There are also memorials in Moscow and St. Petersburg to those murdered in the Gulags. They both include massive stones from Solovetskiy. We drove right past the park in St. Petersburg where the memorial is, but I don't recall the guide mentioning it. It is across the street from the Peter & Paul Fortress. 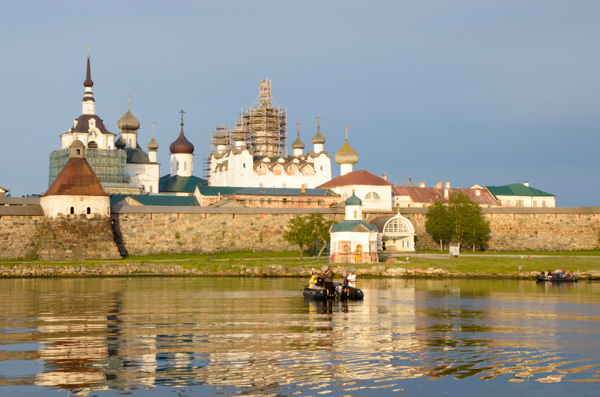 That night after supper we had the opportunity to take the Zodiacs out to see the kremlin in the evening light. It was a magical sight.

The building on the left with the spire is the church of St. Nicholas. The building with the scaffolding covering the dome is the Transfiguration Cathedral. 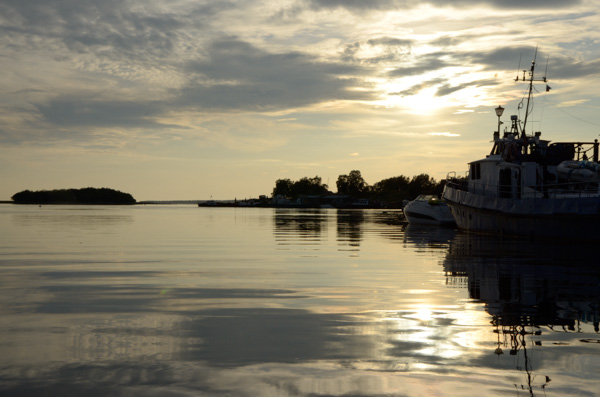 We are far enough north and close enough to mid-summer that there is very little darkness. These pictures were taken about 9pm.