The botanical garden, which was established in the 19th century, is said to be the northernmost in the world. There is an underground heating system that allows a wide variety of plants that would otherwise not thrive at this latitude. I have been able to identify only a few of the ones pictured below. In some cases they had labels that I could take a picture of.

The "garden group" took a mini-van to the garden. We then spent an enjoyable afternoon prowling among the flowers and butterflies. We elected to walk back to the ship rather than wait for another mini-van. There were a surprising number of people going to & fro on the isolated road. By the time we finished our walk, we were staring to envy the groups of cyclists.

I'm going to indulge my love of flowers here and forego spreading them throughout the narrative (except for certain unique ones that I can't resist). 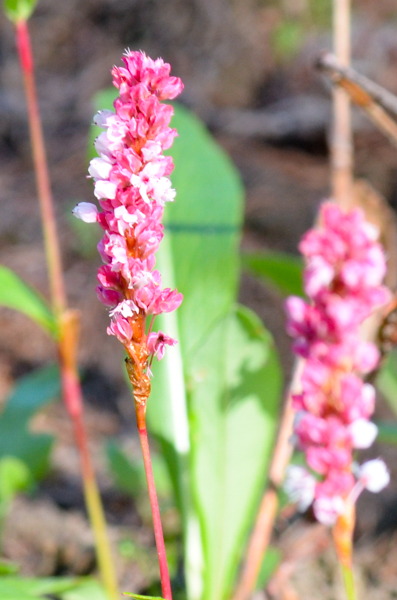 Best I can tell this is Polygonum bistorta, although there appears to be some taxonomic controversy over how it should be classified.

So much for those who say that botanical names are less confusing than the common ones. 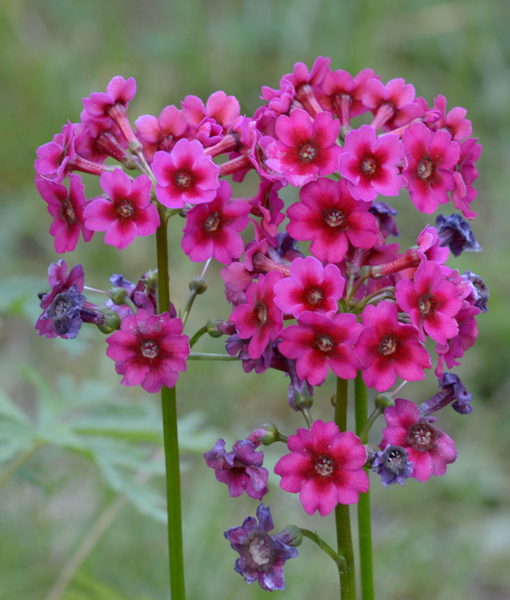 We saw a lot of these. It might be one of the phlox family. 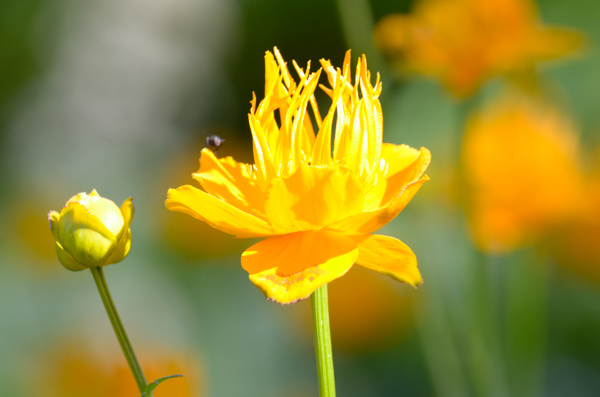 Trollius chinensis, Chinese Globeflower, is available in the US and my garden is calling it! 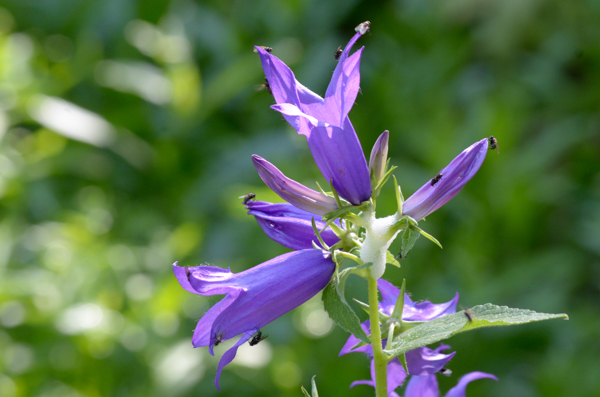 One of many bell flowers. 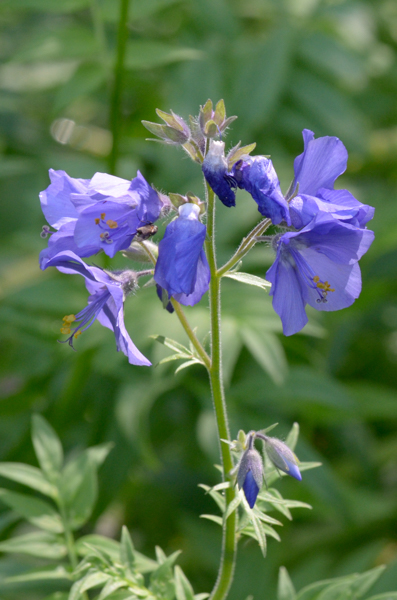 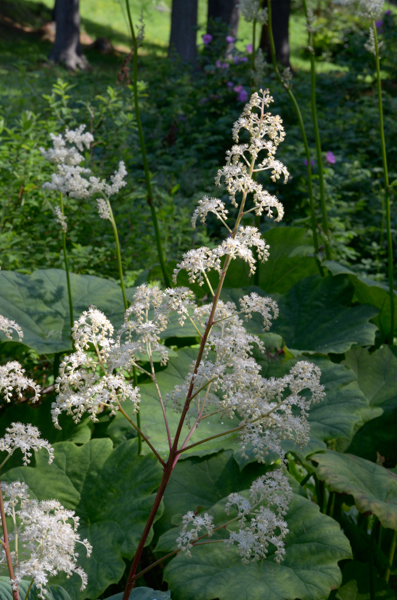 They were very large throughout the Russian gardens we visited. 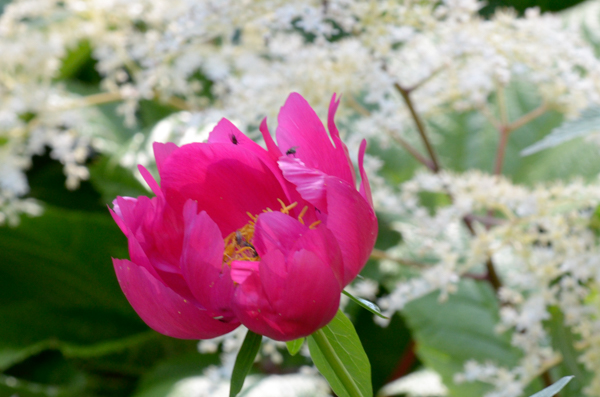 A peony blooming in July against a background of astilbe!

Either because of the micro-climates of the garden, or the northern latitude, there were summer flowers blooming alongside what we would call spring flowers.

Probably some kind of campanula.

Flies appear to be the dominant pollinator. Most flowers were mobbed by them. 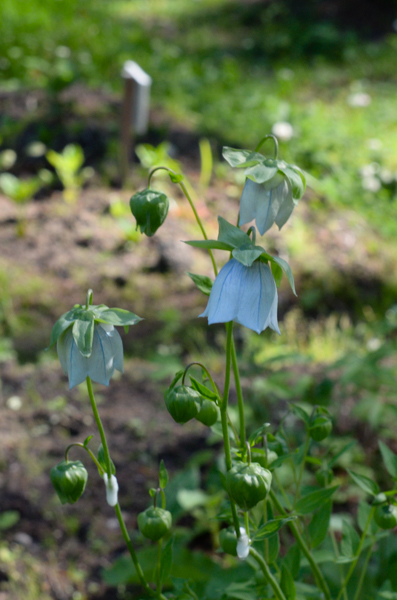 This beauty had a striking dark interior. Couldn't figure out how to get a good picture of it.

This looks like a form of columbine although the leaves are different. 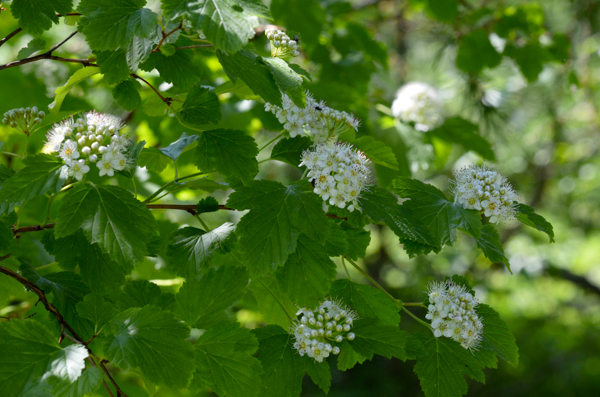 May be a viburnum. 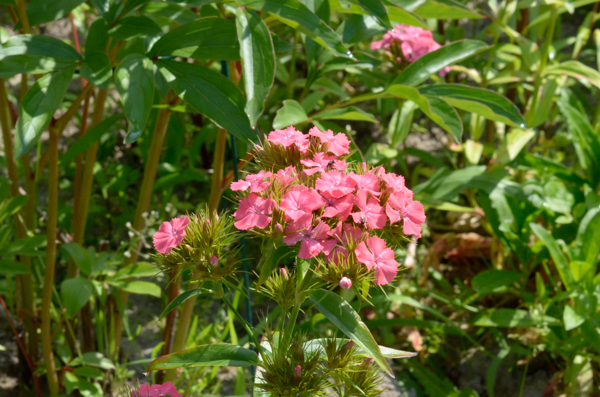 Phlox? I liked the fringed petals. 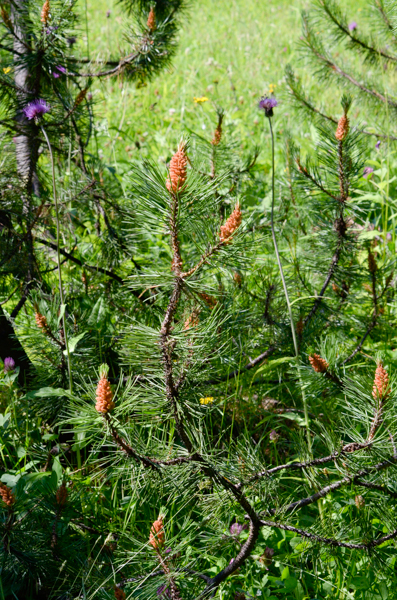 This was labeled as a mugo pine, but it doesn't look like any mugo pine I've encountered. 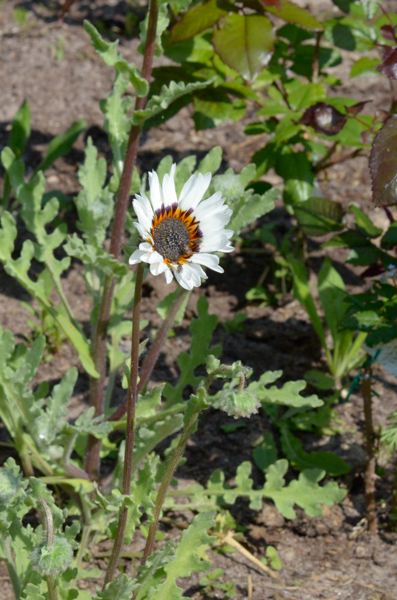 This looks like some kind of blanket flower (Gaillardia), but the color is wrong. 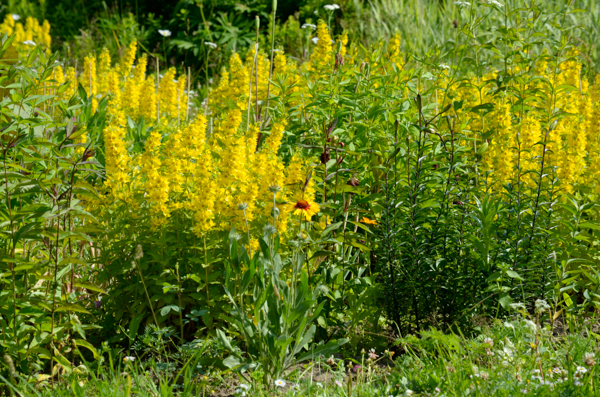 No clue what they are, but the butterflies loved them! 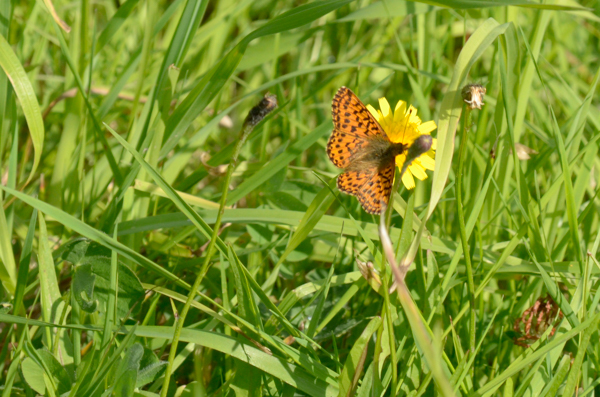 A Fritillary butterfly of some sort. 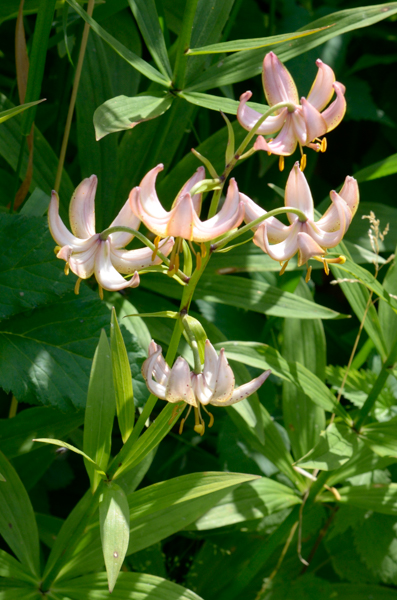 Whatever it is, it is very similar to a plant we saw at Inverewe Gardens in Scotland. 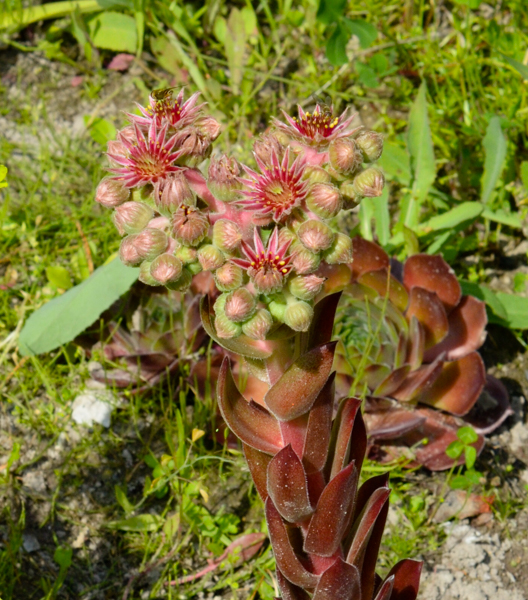 Appears to be sedum acre, native to the Balkans and Asia Minor but now widespread. 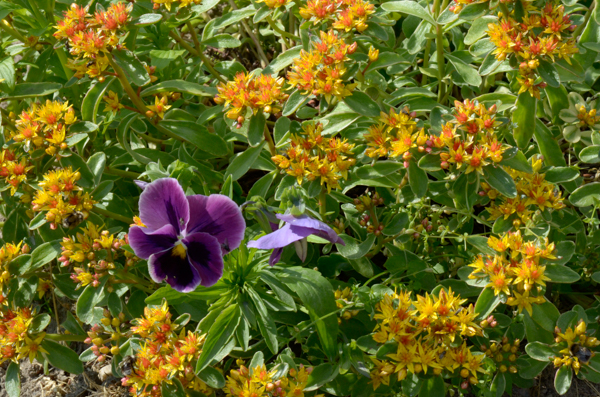 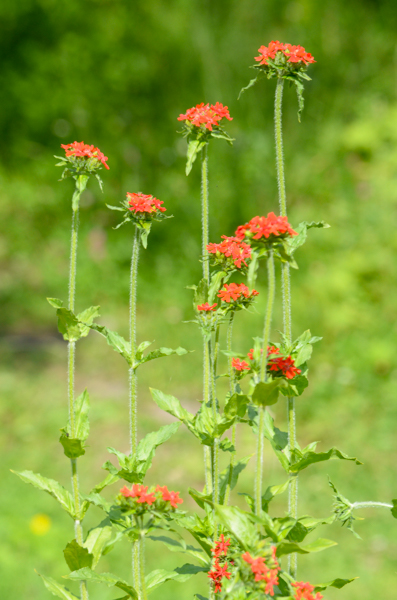 Don't know, but it was one of my favorites for its strong vertical habit. 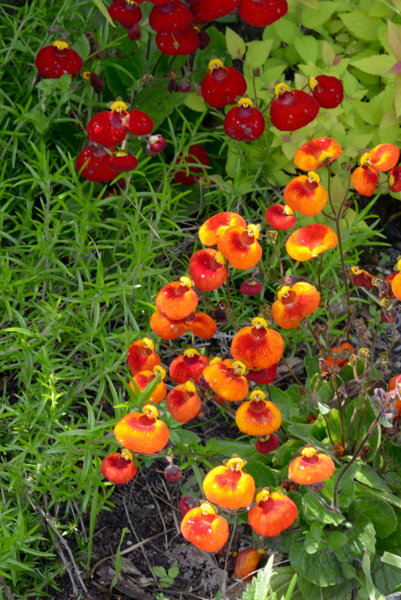 My best guess is a kind of cypripedium or lady's slipper orchid. 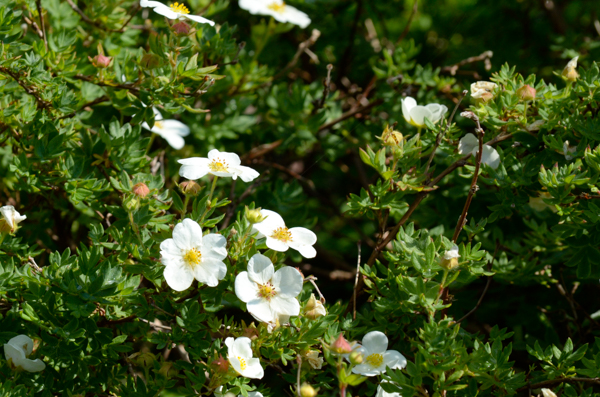 Appears to be a Knapweed Fritillary butterfly. 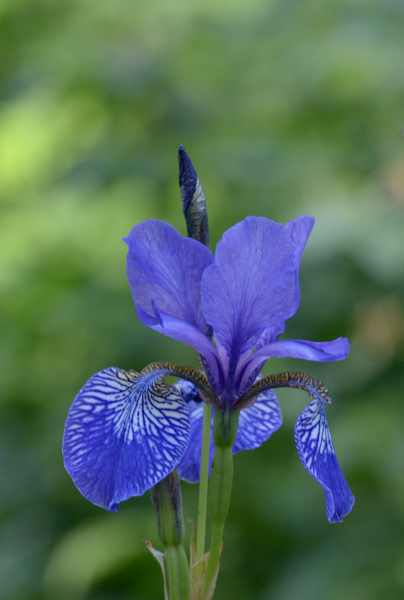 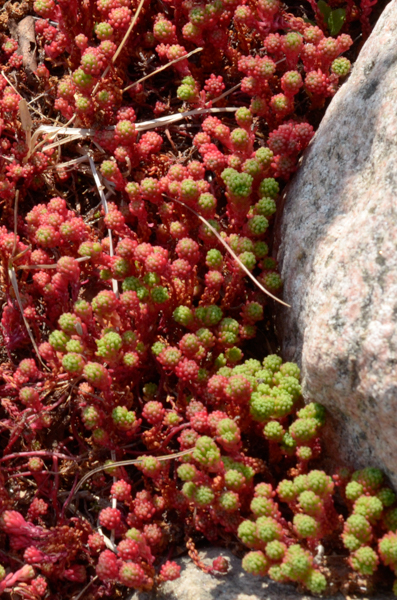 Another succulent. We saw a lot of this on the arctic islands and into Norway. 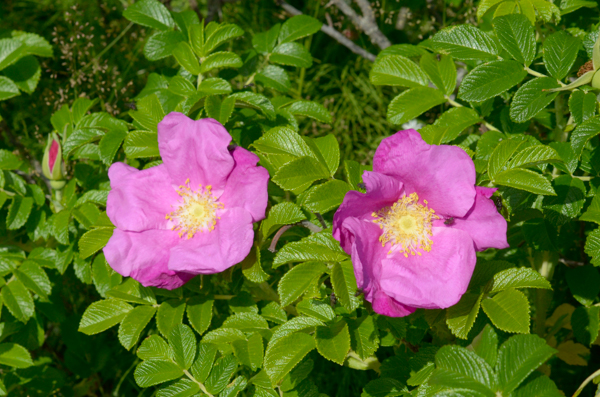 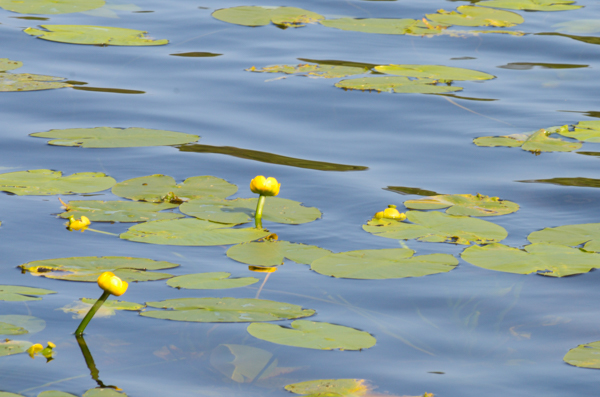 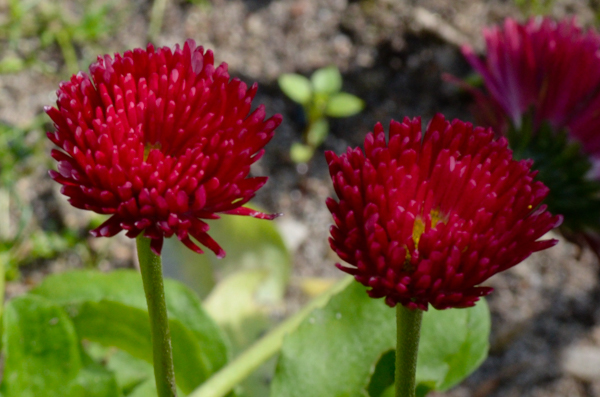 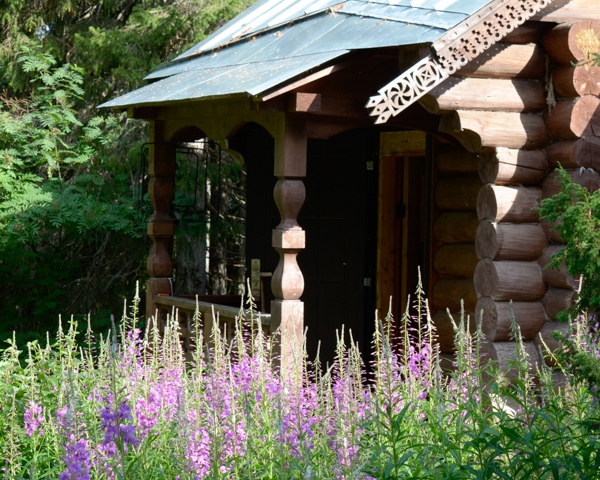 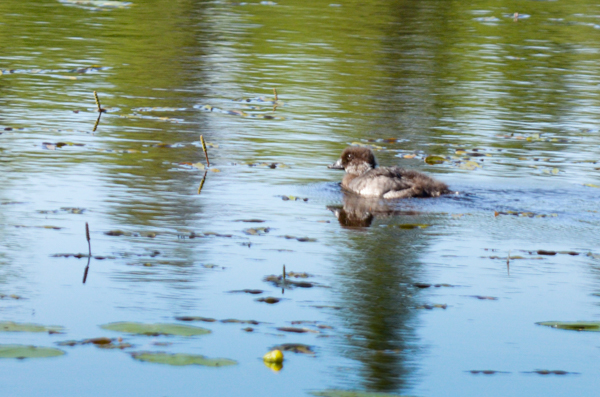 There were fauna as well as flora.

This may be an eider duck chick. 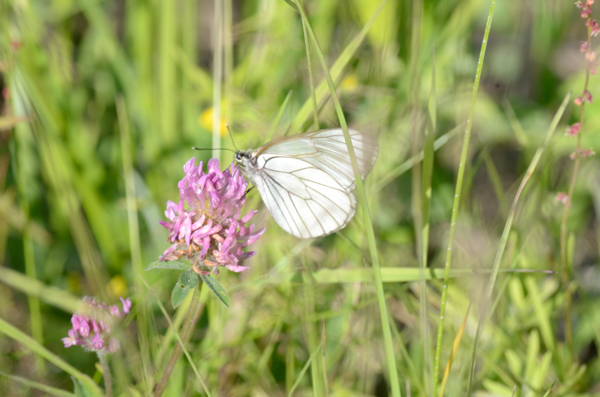 This butterfly's common name is "Black-veined White" for obvious reasons. It is Aporia crataegi.

I believe this is Comarum palustre or marsh cinquefoil. 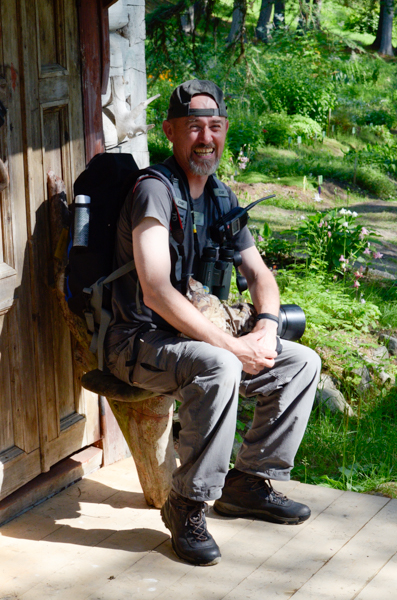 Our naturalist was Jim Wilson. If I had taken along a notebook or if I had caught up with him on the ship, he could probably have identified a lot of these flowers for me.