The 2013 Blue Ridge Ski Council Eurofest trip was to Chamonix, France. Jim and I had been the trip leaders for an earlier BRSC excursion in 2002 and were looking forward to simply enjoying some time in this lovely mountain town. In addition we were eager for an opportunity to revisit Lyon. We had been there in 1997 and liked it very much. It has been on our list to see again ever since. Now after three days there, it is STILL on our list to see again! 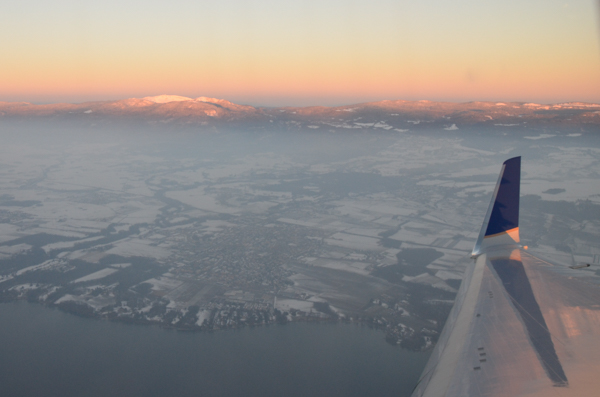 We arrived in Geneva, Switzerland, after a fairly uneventful trip from Charlottesville via Dulles and Newark. The dawn was just tinting the mountains overlooking Lake Geneva (AKA Lac Leman). 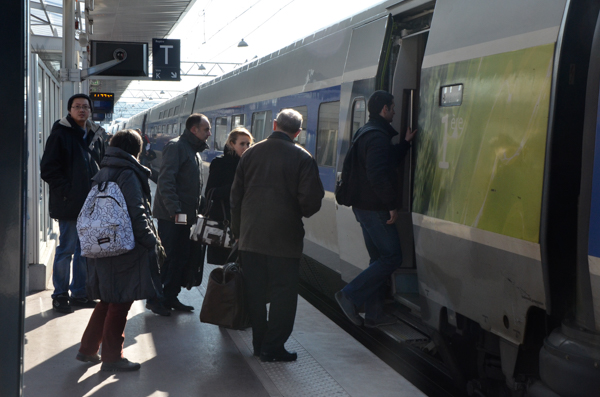 After a short train ride into Geneva we found the hotel where we would be spending the night before meeting the rest of the BRSC party. We were able to leave my big ski bag there during our Lyon visit.

We then caught the TGV for the quick trip to Lyon. We had been wanting to take this super-fast train ever since its inception and this was our first opportunity. Alas by this time the local trains were almost as fast and even the first-class TGV cars were showing wear & tear. It was almost empty on this mid-week run. 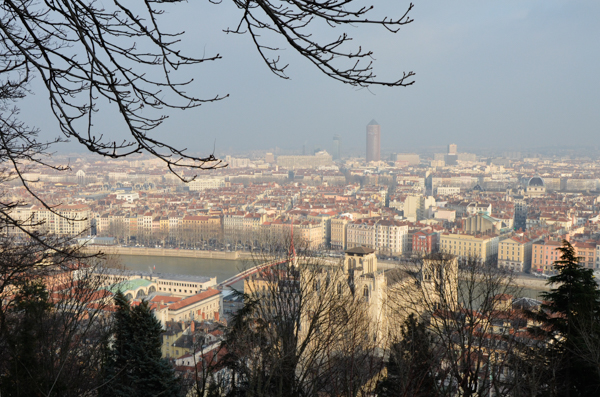 Click to see our pictures of Lyon. Our time there included lunch in a Michelin 3-Star Restaurant and exploration of the old city with an emphasis on the textile industry. 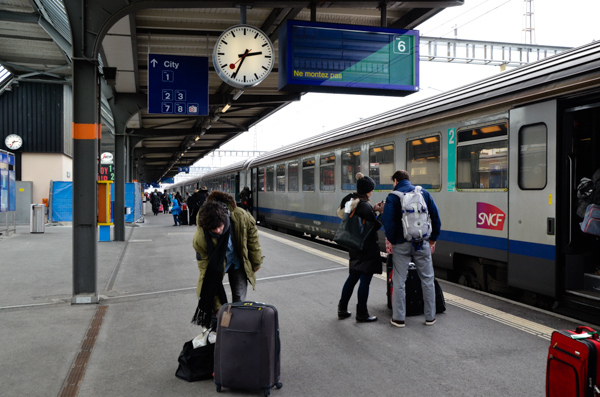 Our return to Geneva was on the MUCH cheaper and almost as fast local TER (Transport Express Régional) service. Nevertheless, next time we will go first class. It was pretty packed in the peanut gallery. Had we considered it, it would have been obvious that Friday travel would have been crowded.

It was too cold to do much sight-seeing in Geneva. Most of our cold-weather gear was packed with the ski bag and we didn't retrieve it until the next morning.

We met our friends Ray & Nancy McKinley at the hotel and had a good time catching up. 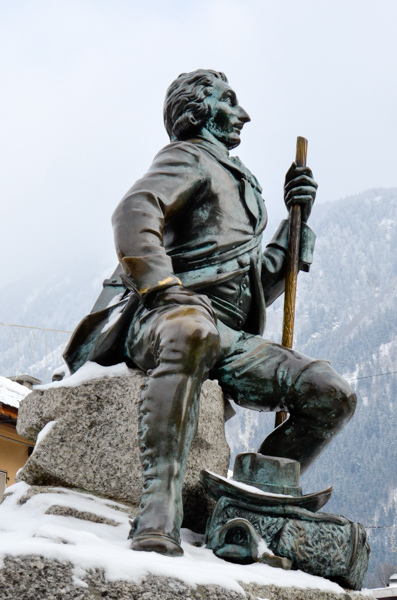 The next day skiers from the Blue Ridge Ski Council gathered from hither and yon to meet up in Chamonix, the premiere mountaineering and ski town.

It was at Chamonix that Doctor Michel-Gabriel Paccard, commemorated in this statue, made the first ascent of Mont Blanc in 1786. More on this later.

Click to see the pictures of our time in Chamonix and environs. 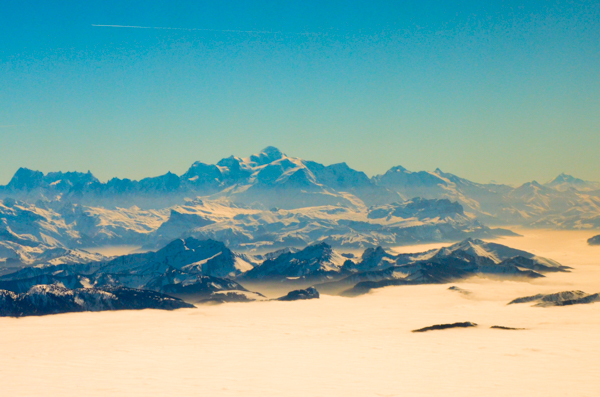 Finally we were on our way home. The day we left was cloudy and foggy – much like our first day in Chamonix. The plane took us high above the clouds, however, to give us this overview of the mountains. I think this view may include Mont Blanc high above its neighbors, but I can't be sure. 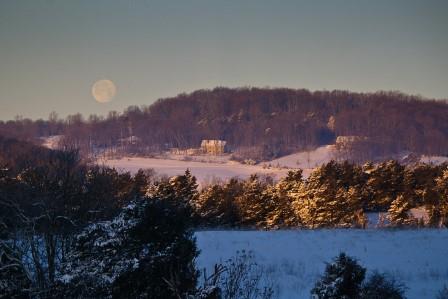 As usual, we were happy to be back. The Appalachians may not be as dramatic as the Alps – they are a lot older after all – but they are ours.