I'm not generally fond of cities, but Lyon is an exception (along with Barcelona, Vancouver and my old home town Washington, DC). We had allotted two full days for our explorations, but it wasn't enough – especially since a good part of one afternoon was spent in the hotel warming up after a blustery excursion walking through the old town. 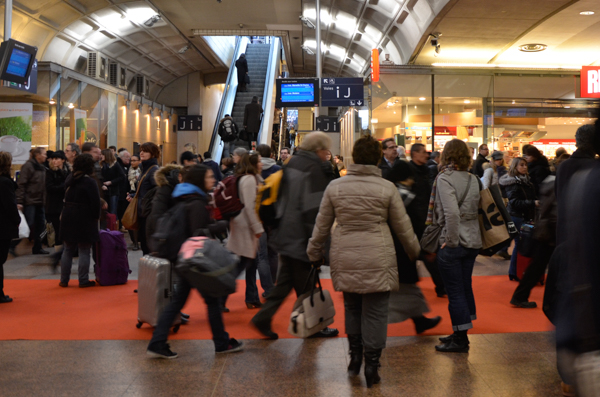 We had selected our hotel, Mercure Part-Dieu, based on Trip Advisor reviews, price and its location adjacent to the Part-Dieu train station. It was an excellent choice and we can recommend it highly to other travelers.

Trains are used much more in Europe than back home. One reason is undoubtedly that distances are much shorter, but the excellence of the various services must take some credit. This was a typical crowd.

Part-Dieu was not only the station where the TGV and various regional lines converge, but also gave easy access to the intra-city subway and tram lines. 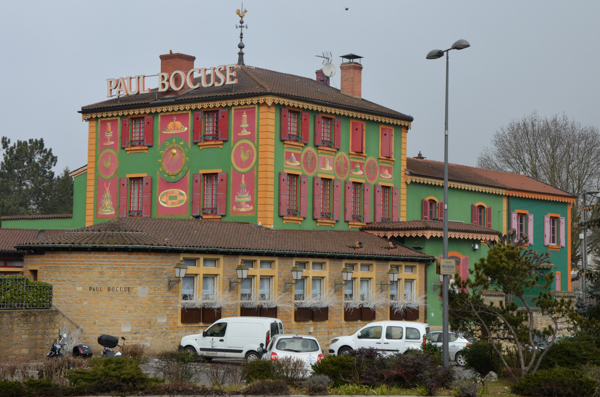 Our first excursion, however, was via taxi. Lyon is the gastronomic capital of France and we had made reservations for lunch at the Michelin three-star restaurant Paul Bocuse.

A local Lexington restaurateur had recommended the restaurant and its famed chef. We were admonished to give a full report, complete with pictures, on our return.

The restaurant was on the banks of the Saône (pronounced SOHN) River, which joins the Rhône at Lyon. Plaques on the wall indicated various flood levels over the years. A good excuse to redocorate! 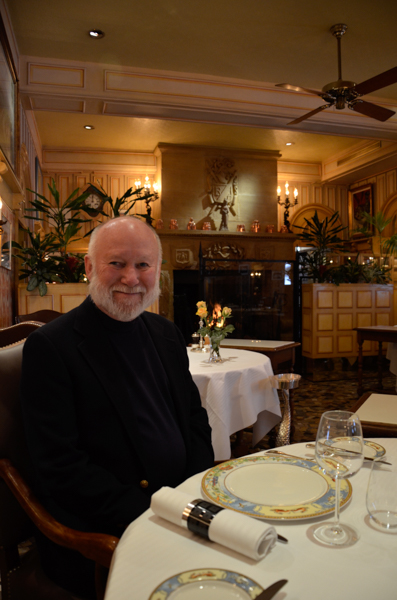 The restaurant, staff and especially the food, lived up to the Michelin promise. Jim was content with one entree and dessert, but I went for the four-course "Menu Classique" elegantly served at the table. YUM!

We promised ourselves that we would return someday. Foodies, click to see more pix of the food. 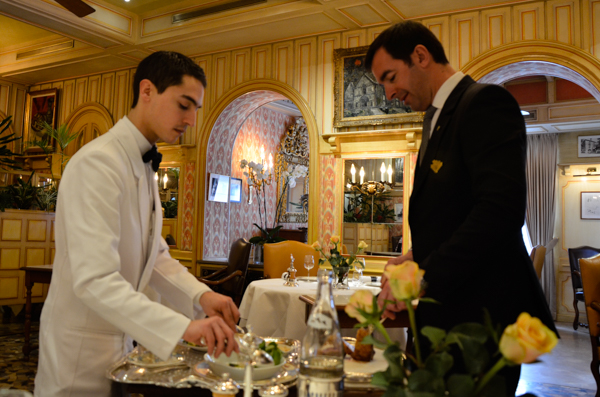 Personalized service at the table. 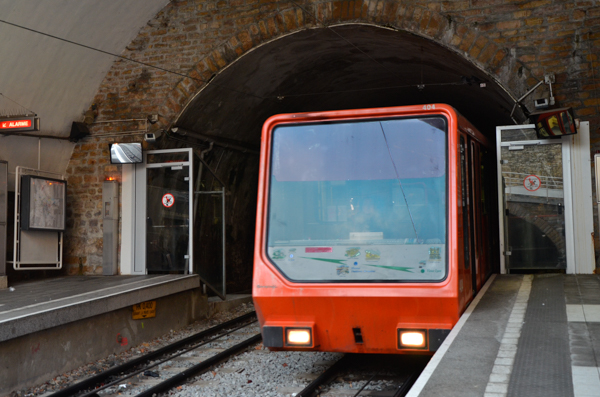 After returning to the hotel to change, we had to get out and walk off some of that delicious food. We started on the subway, connected with a funicular, and arrived at the top of the Fourvière hill overlooking the city. Our timing was perfect because that particular funicular was shut down the following day for maintenance. (This photo was actually taken at the mid-station of a companion funicular line.)

Lyon has a wonderful transit system that makes getting around very easy. 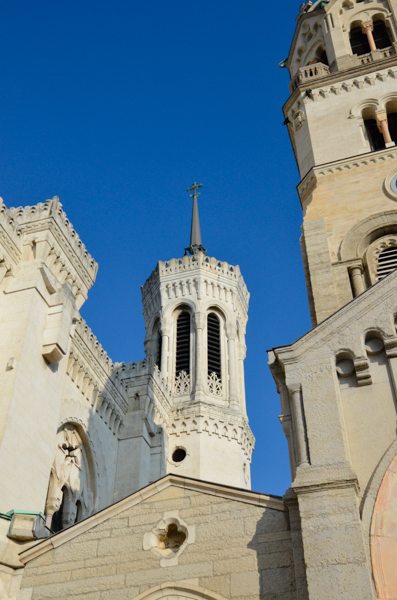 The Fourvière basilica is on the crest of the hill. The church was closed for renovation, but we were able to enjoy walking around the grounds. The basilica was surrounded by public and private gardens that must be quite lovely in warmer weather. 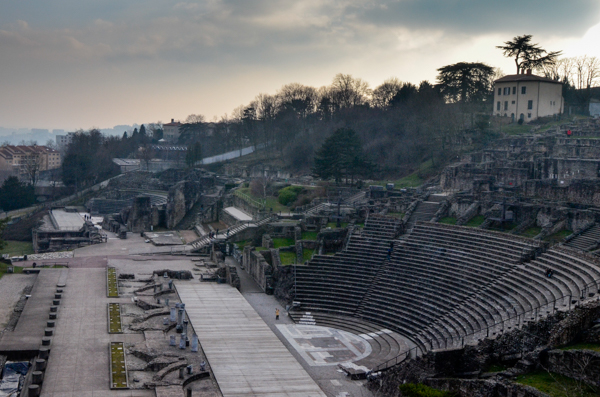 A short walk along the crest of the hill brought us to the reconstructed remains of the Roman-era amphitheatre. These had been heavily cannibalized for building stone over the years, but have recently been reconstructed enough to use for concerts, plays and such like.

There is a museum on the site, but we didn't visit since it was approaching their closing time. 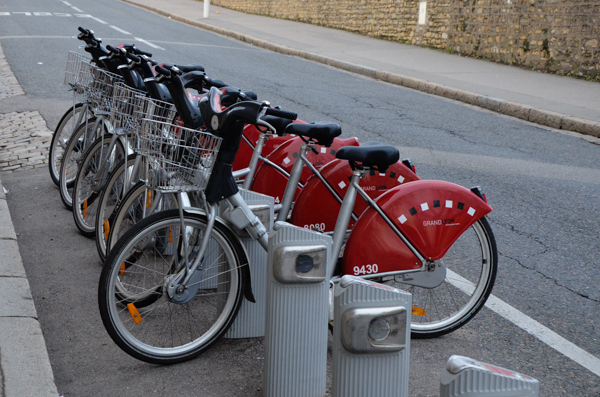 For places where the public transit wouldn't reach, there were numerous bicycle rental stations throughout the city: part of the Velo'v system. We saw similar rentals in Barcelona. Lyon's formidable hills, however, would deter me from trying the bicycles.

Click your "back" button to see more of Lyon.