After leaving Barcelona, our faithful bus driver negotiated many hairpin turns to take us to the Benedictine monastery at Montserrat. The name stands for "jagged mountain." The earliest shrines on the mountain are believed to date from the 9th century, but the monastery was not officially founded until 1025.

The first mention of a boys' choir at the monastery was in the 13th century and today it is a noted school of sacred music. In the early 19th century Napoleon's army destroyed the monastery, but by the middle of the century, rebuilding had begun. The monks were forced out during the Spanish Civil War, but the Catalonian government saved it from destruction. The monks returned after the war to continue rebuilding. 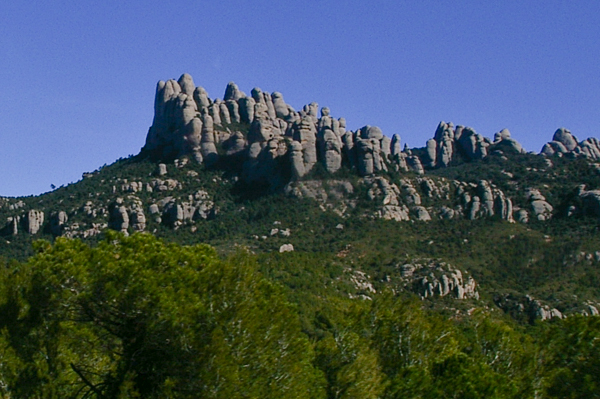 It is clear from this picture why the mountain is designated "jagged mountain." The spires and pinnacles give it a serrated appearance. 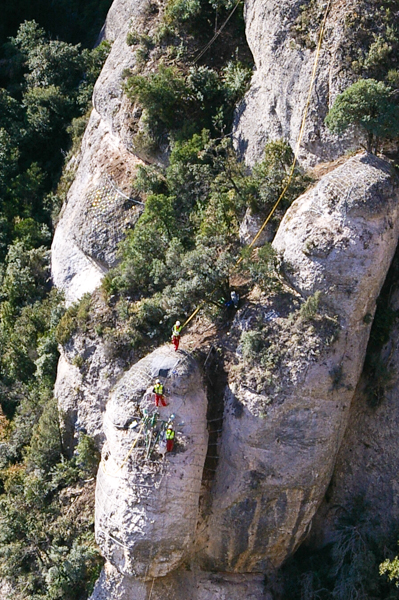 On our way into the monastery complex, we saw this trio of rock climbers. Later we found that it was a class.

It is possible to walk up to Montserrat using a pathway. For my money the path beats the rock climbing. There were numerous pathways around the monastery, but we didn't have enough time to do much walking. Yet another place to visit again. From what we heard, however, the winter is a good time to come. In the summer pilgrims overwhelm the limited space and facilities. 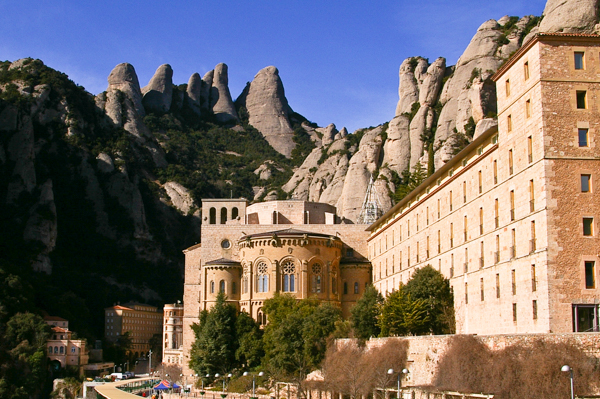 The monastery complex is tucked into a pocket of the mountain. The current buildings date mostly from the 20th century. The basilica apse is facing us here. The square dormitory-like building on the right is ... the dormitory.

There is a funicular from the village at the base of the mountain to this level and a second funicular up to the top of the mountain. There would have been just enough time for a trip to the top, but it wouldn't have allowed time to see anything else. 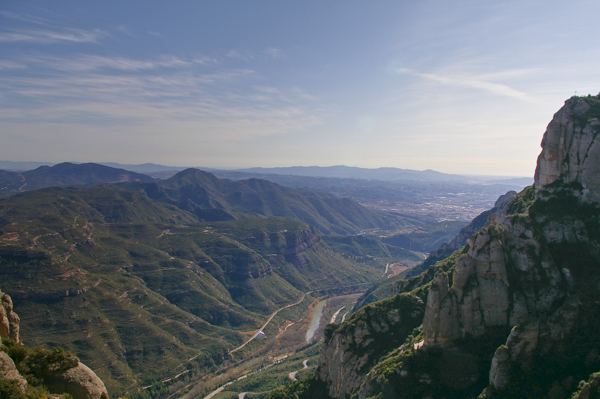 The view back toward Barcelona. It makes it clear that the mountain is unusual for its location. There is nothing quite like it anywhere else in the area. 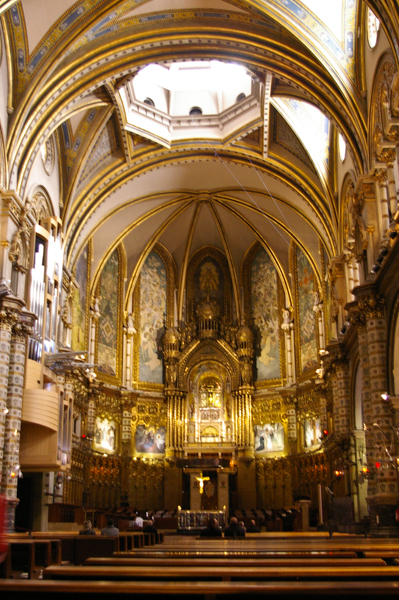 I took this picture of the inside of the basilica just before we were advised that pictures were not allowed (I didn't see a sign and I didn't use a flash). Services were just beginning and we didn't stay long.

The attraction for most of the pilgrims is the Black Virgin of Montserrat, a statue traditionally carved by St. Luke and brought to Spain in the 1st century. It was, according to the legend, hidden from the Moors in a nearby cave and discovered again in the 9th century. (The legend, however, was first recorded in the 13th century.)

Historians believe that the statue was first carved in the 12th century. 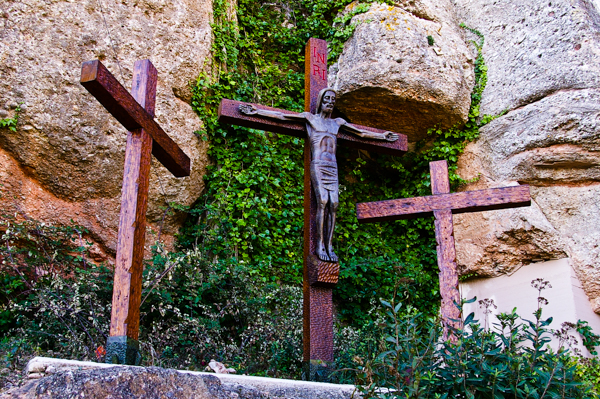 Behind the monastery was a trail leading up the mountain. Along this trail were the stations of the cross. As a Protestant I do not know the specifics of the various stations, but it was a nice walk that terminated in this depiction of the crucifixion.

The trail continued on, but I didn't know if it returned to the monastery and, even if it did, would there be enough time before our bus was scheduled to leave. So I retraced my steps back down the mountain. 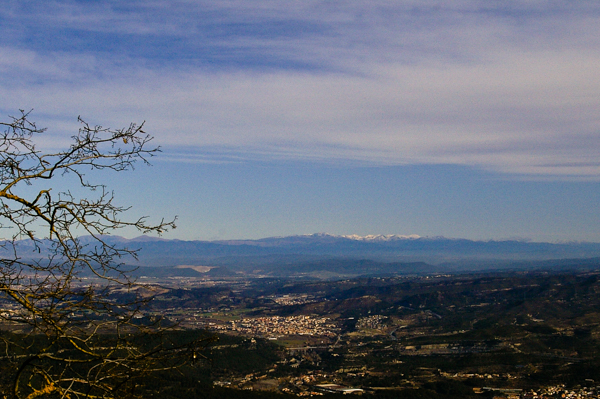 We got our first view of the Pyrenees from Montserrat.

The countryside between here and there comprised fertile farms with brilliant green winter cover crops. In the mild weather the orchards were starting to blossom.

Throughout this part of Spain and the part of France that we visited later, most of the travel was on secondary roads. There were no super-highways such as we expect in the US.

After our too-short visit we piled into the bus for our trek to Andorra.