Our ship cruised overnight from Saunders Island to Stanley, the Falklands capital. 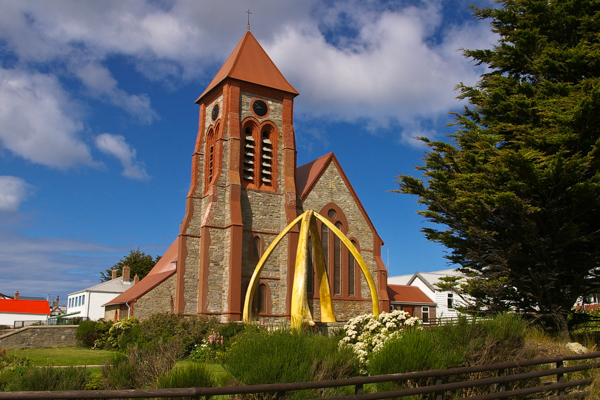 The whalebone arch commemorates the commercial whaling activities administered from here in the first half of the 20th century.

While at Stanley we had time for shopping plus two planned excursions: one a tour of the town and the other a hike across the harbor from the town. Jim chose the town tour and I chose the hike. We both enjoyed our choices. 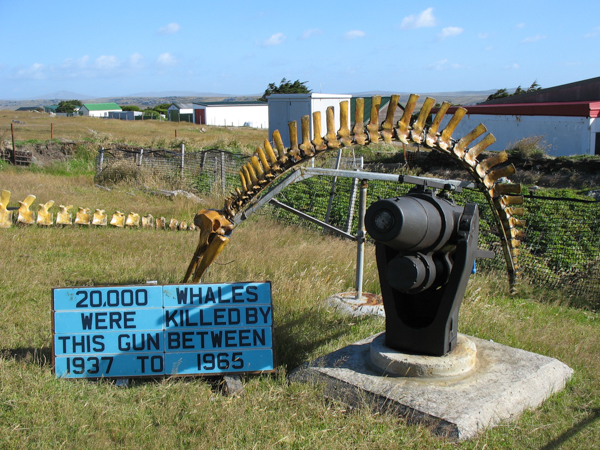 Jim's Stanley tour included Mike Butcher's Outdoor Whaling Museum featuring skeletons and skulls of these mighty marine mammals as well as the harpoon guns used to hunt them to near extinction. 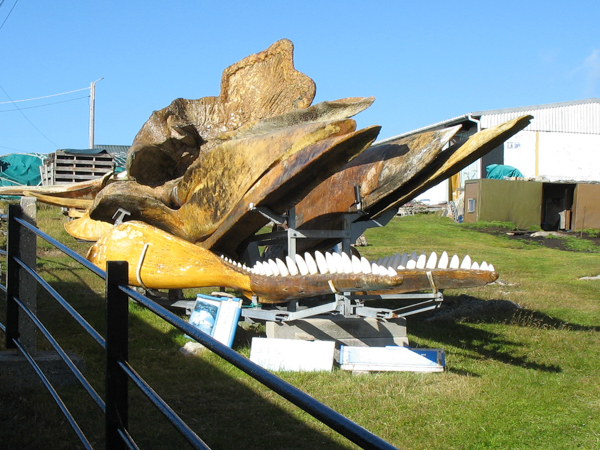 The skull of a sperm whale. shows little relationship between the bones and the "finished product." 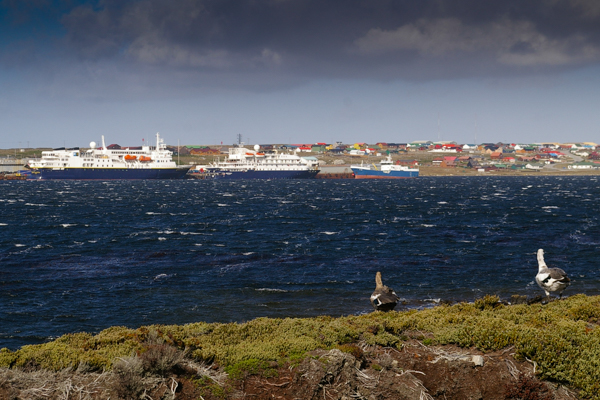 My hike started across the harbor from the town.

On our previous visit to Stanley, our ship was too large to enter the inner harbor and dock there. It waited in the outer harbor while we shuttled to town on tenders. The Corinthian II, the center ship in this picture, is able to dock for a "dry landing." The larger ship on the left is the National Geographic Explorer.

The geese in the foreground are a pair of Upland Geese.

The whitecaps show that it was a very windy walk. One of our number returned to the bus after she was blown off her feet! 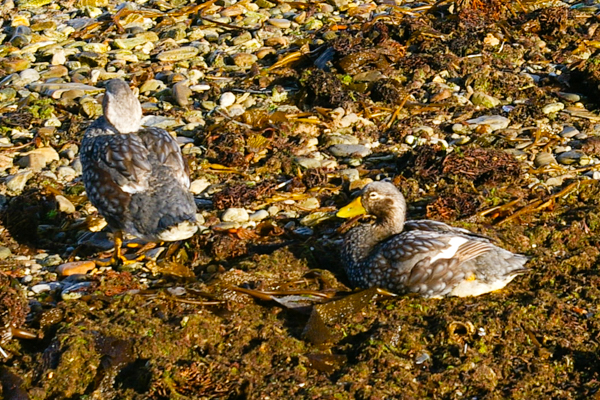 Our guide told us that due to the strong wind we would be unlikely to see a great variety of birds. She was right – we didn't see any smaller birds. 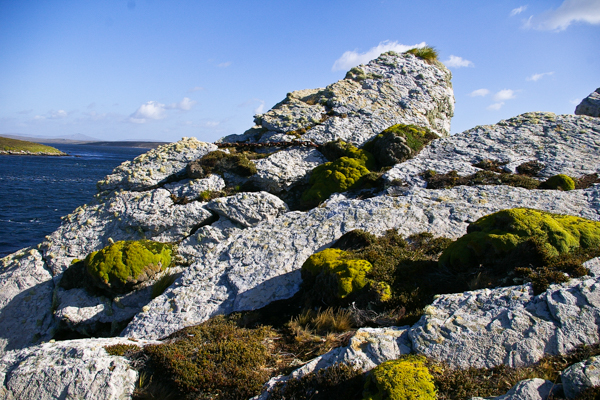 But there were many unusual plants to be seen. Most are low-growing on account of the harsh weather and winds, but the strangest was the bright green balsam bog. Each plant looked and felt like a moss-covered rock. Charles Darwin called it "living rock." It can grow to be quite large.

The darker green plant is diddle-dee, common throughout the Falklands.

We rounded the headland to Gypsy Cove. Why is this gorgeous sheltered beach deserted? Land mines! Argentineans mined significant territory during the Falklands war in 1982. In 2008 the government began a controversial demining project. Maybe some day this lovely cove can be used by people again.

Although, as our guide said, she didn't expect to take the risk that the project missed a mine.

The mines do not pose a risk to penguins, which are too small to trigger them. Unlike their cousins on Saunders Island, these penguins have tussock grass to shade and protect their burrows. 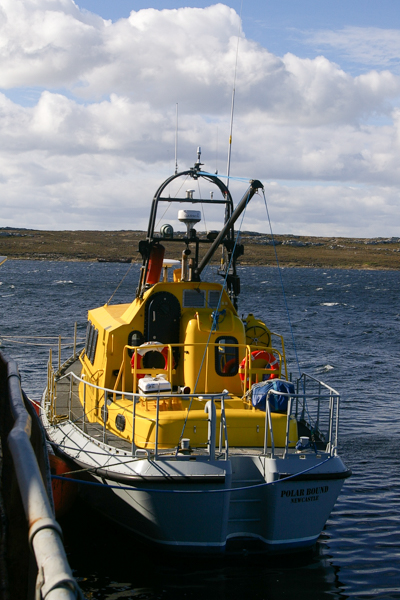 After our tours, Jim and I walked around Stanley. I got a soft wool scarf as an island souvenir. We then walked back to the dock from downtown.

As we neared the dock we struck up a conversation with a fellow walker travelling solo in his boat: the Polar Bound. David Cowper, the "world's premier solo navigator," was making his 6th solo circumnavigation. He had been to Antarctica and was leaving shortly for South Georgia.

I'm sorry that we weren't a bit more pushy – we could probably have wrangled an invitation aboard as he was justly proud of his little boat, constructed especially for him.

Click your browser's "back" button to return to the index page or continue to South Georgia.