The Birmingham airport is connected directly to the railway system. You can step from your plane and catch a train to anywhere in England without going outside. Our first stop was Oxford. 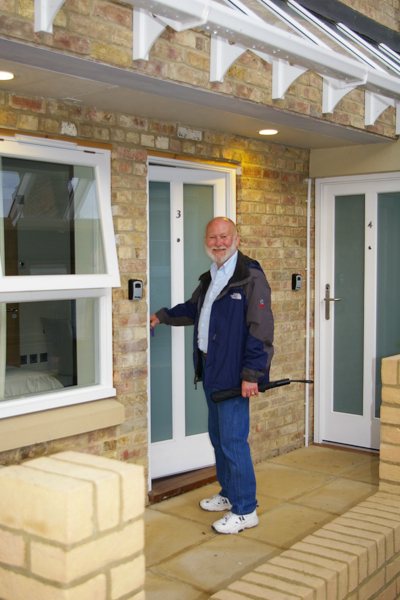 We had reserved a room at the Ethos Hotel located a couple of blocks from the Thames (or Isis as it is called within Oxford), and within walking distance of everywhere we wanted to be – including the railroad station.

The hotel is in a residential neighborhood and has been converted from existing houses. It didn't have traditional "front desk staff." When we arrived the lobby was deserted. We had to use our cell phone in order to locate someone to check us in. The sole employee on duty was cleaning rooms.

Our room was more like a tiny apartment than a hotel room and was very comfortable. 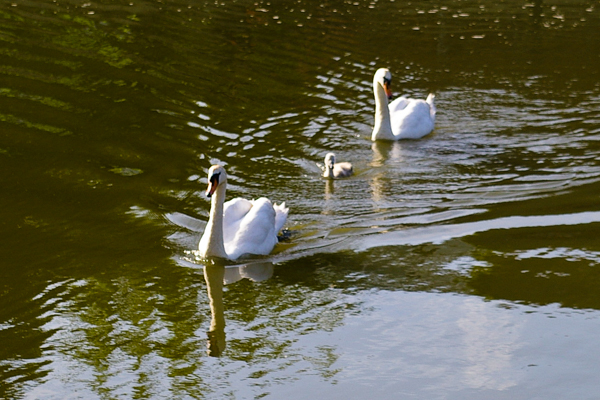 We had visited Oxford a few years earlier and after five days had not seen enough. We were looking forward to further exploration.

This swan family begged along the Thames. We used the river walk between the hotel and downtown. 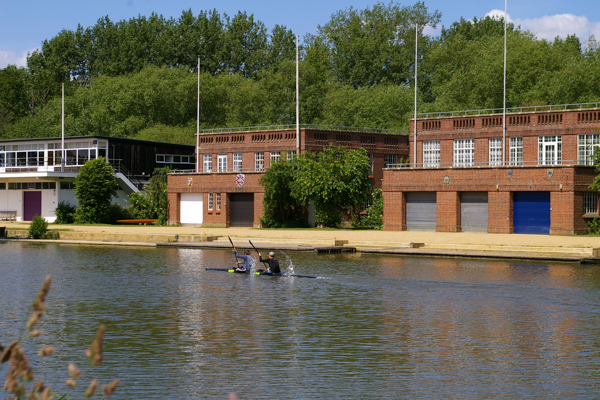 Boats of all types are common sights. This pair were motoring along in a kind of two-person kayak. The boating clubs associated with the various colleges composing the university line the opposite bank. 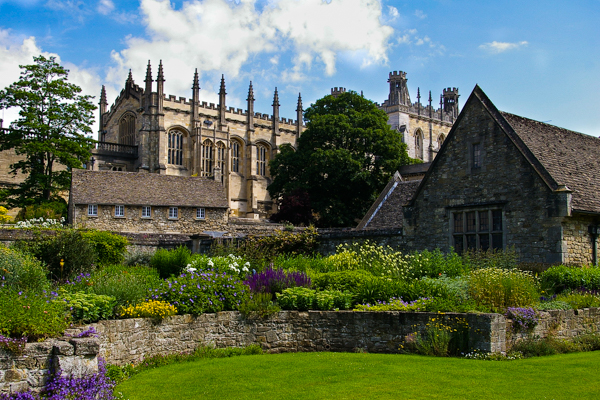 One of the places that we had visited during our earlier trip was Christ Church College.

On this trip we returned to see Christ Church Meadow. The entrance was through this lovely garden. We stayed to enjoy the evensong service at Christ Church Cathedral, which we had also missed on the earlier visit. 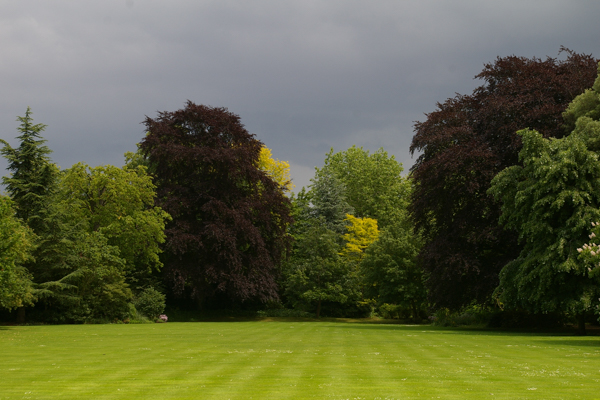 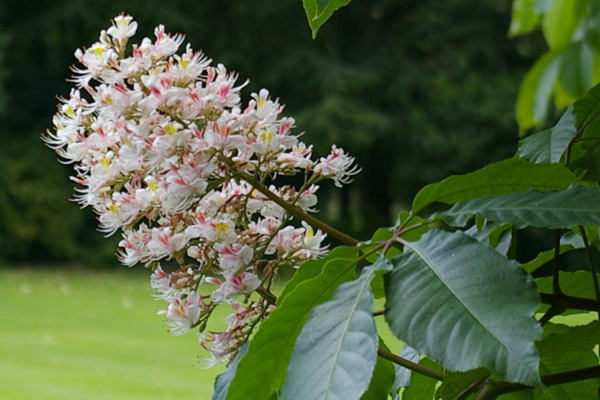 One of the trees that captured my attention was this horse chestnut with pink, rather than white, flowers. Subsequent research indicates it is a hybrid, variety 'Plantierensis.' It is sterile, meaning it drops no fruit. Hmm, wonder if I can get one in Virginia? 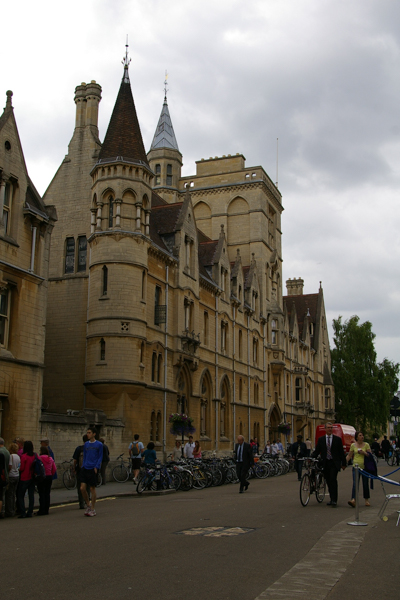 Broad Street is one of the main streets of "downtown" Oxford. There is limited vehicular traffic, but crowds of bicycles and pedestrians.

The interrupted pavement in the center of the street is a cross commemorating the execution of Thomas Cranmer, Archbishop of Canterbury, Nicholas Ridley, Archbishop of London, and Hugh Latimer, Bishop of Worcester. They were burned at the stake under the rule of Queen Mary I. 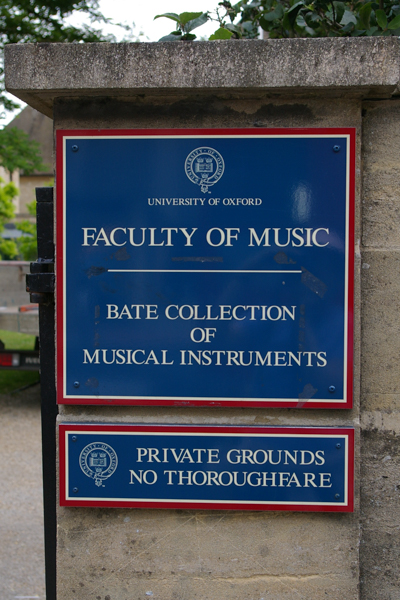 While wandering around town we passed this museum. Intrigued, we wandered in. Check out the link to see its collection. One unique feature is that individuals can apply to play instruments. I was allowed to take pictures, but had to promise that I would never put them online. If you want to see elaborately painted harpsichords and such like, visit their web site. I have a friend who is an accomplished musician and has in fact played a selection of their keyboard instruments. 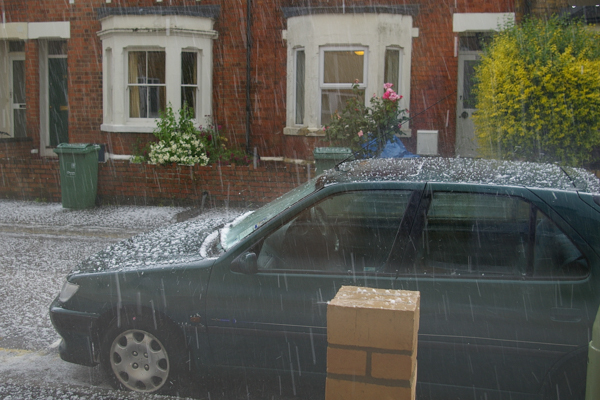 Later that afternoon a thunderstorm moved into town bringing this hail with it. We were glad that we had returned to our hotel before the skies opened. The two young women in the unit next to ours were enthralled until one of them ran out into the street barefooted. She seemed surprised that ice was quite cold!

By the time we went out for dinner that evening, storm and hail were both gone. 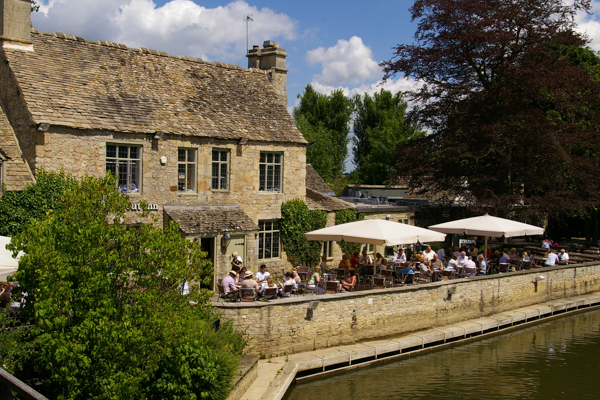 On our previous visit to Oxford we had planned to have lunch at The Trout, but too many others had the same idea and we had to pass. This trip we made it a point to get there early enough to get a table right at the river's edge. There is excellent bus service to Wolvercote from Oxford city center. 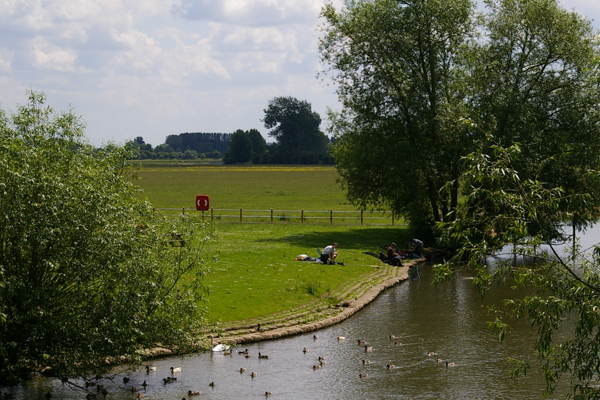 After our meal, we walked around Wolvercote Common. The common is a unique ecological environment that has remained uncultivated grassland for more than a millennium! On this day it was the scene of some fisherfolk and assorted waterfowl. 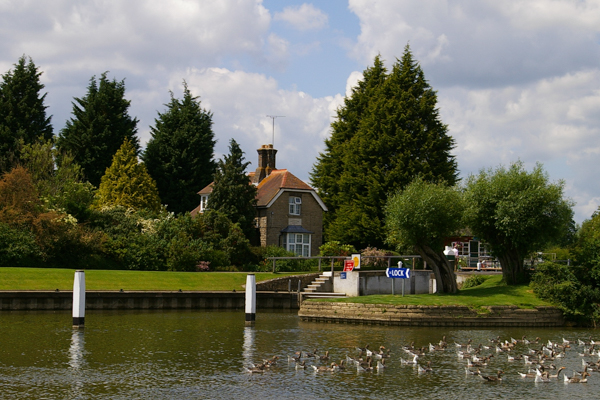 A lock on the Thames across from the common a bit downriver from The Trout.

The management of the common and the adjacent Port Meadow is the source of some traditional rivalries. The Freemen of Oxford have had exclusive rights to grazing on Port Meadow since the 10th century. Every year they stage a raid to round up "illegal" livestock encroaching from Wolvercote. A small fine releases the impounded animals for another year of grazing. 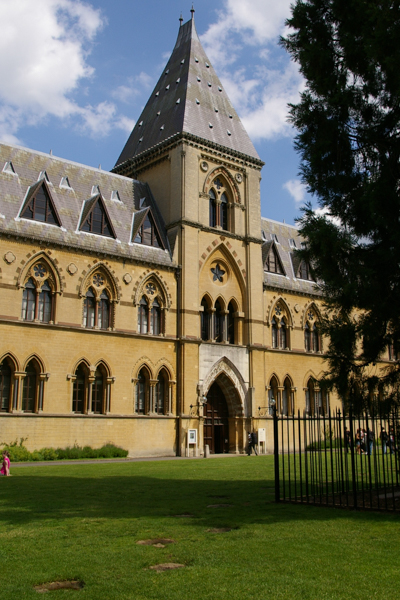 Since our last visit to Oxford we had traveled to Antarctica. Some reading for that trip focused on the voyages of Captain Cook. The historical and ethnographic collections from Cook's voyages are housed in the Pitt Rivers Museum.

We were disappointed to find that almost all of the Cook collection was out on loan. Ah well, there were very many interesting things to see in these two museums. 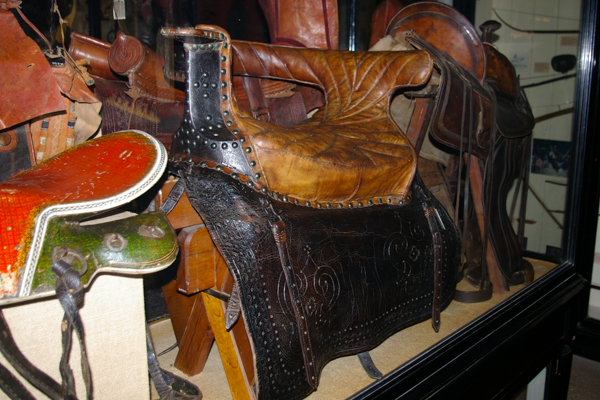 The museums were configured like museums of the past with exhibits crammed into display cases. Sometimes there was a theme to a case; sometimes there wasn't. This case contains vintage saddles. I liked this early side saddle. Originally ladies would ride aside on a "pillion" pad attached behind a regular saddle. The next development was a saddle such as this one where the lady sat sideways. It was a very insecure seat! 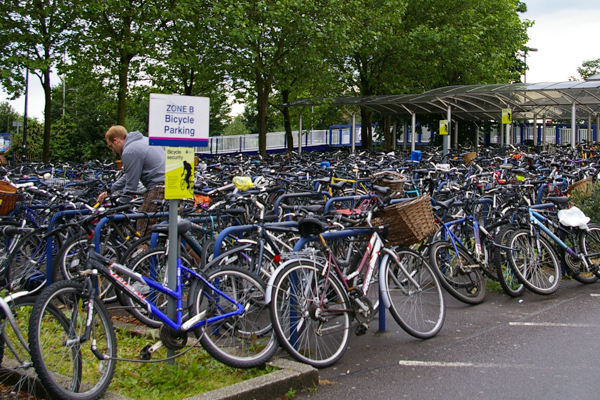 It was time for us to move on to Bath. When you get to the train station and find a very crowded long-term parking lot for bicycles, you know that you're not in Kansas anymore!

Click your browser's "back" button to return to the overview page.