Iguazú Falls - From the Walkways

From Buenos Aires, we flew to Iguazú Falls on the northern border between Argentina and Brazil (and not that far from Paraguay). The falls are stunning even in low-water flow such as we experienced in August.

It was a shock to the system to travel from the snowy Andes to the cool, temperate climate of Buenos Aires, and then to the tropical heat and humidity of Iguazú. Made packing a challenge too. 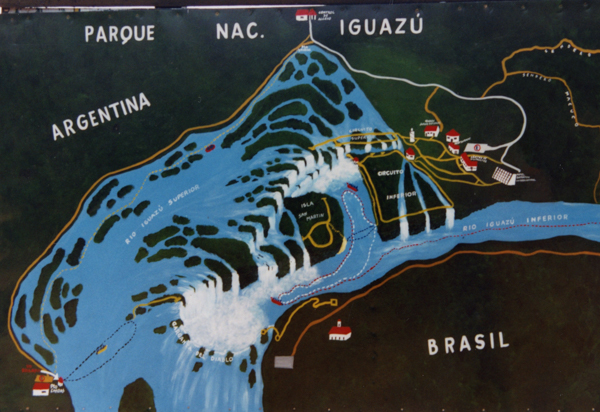 As we approached in the plane, we flew directly over the falls. This graphic, which was on a sign near the top of the falls, shows what we saw from the plane, although the real thing is more dramatic. Check out the pictures at Twisted Sifter to see some aerial shots (pay no attention to the relative size claims at that site; just look at the pictures).

The large horseshoe basin at the lower left is called "The Devil's Throat."

The buildings shown in the upper right are where we stayed. The hotel is the oddly shaped triangular building closest to the river. 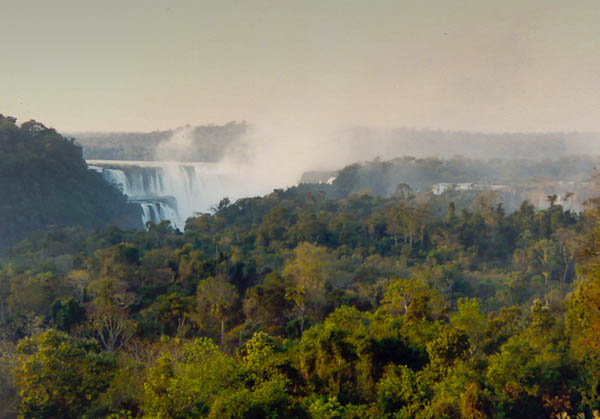 There was some anxiety at check-in. Ray and Nancy had been told we would all have rooms overlooking the falls, but as it turns out none of us did. One of the group complained bitterly and after intense negotiation we all got rooms with a view. This was what we could see from our balcony.

The mist is rising from the Devil's Throat. The land to across the gorge is Brazil. 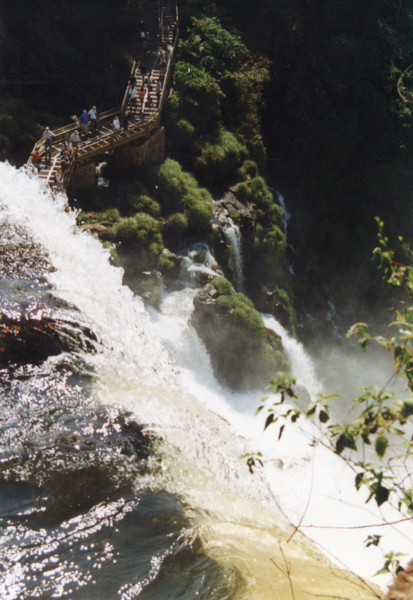 There were extensive walkways through the rain forest on both sides of the falls. There was a bus excursion to the Brazilian side, but we chose not to go. Later we heard that much of the time was spent waiting in line for paperwork approvals. In contrast, a few folks simply took taxis to the Brazilian side and they had no delays at all!

There was plenty to see at our doorstep.

The walkways took you right up to the various cataracts – or in this case, right on top of them. I can't imagine this kind of access in the litigious USA. 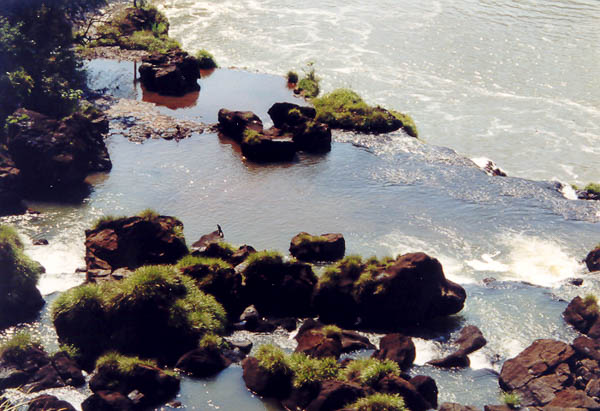 The falls were in two layers. The cataract above, for example, would cascade onto this lower middle terrace and then over another drop into the river.

You can barely see the large bird perched on the rocks in the center-left of the picture. The forest was a birder's paradise and several of our number stayed glued to their binoculars. There were also numerous colorful butterflies. 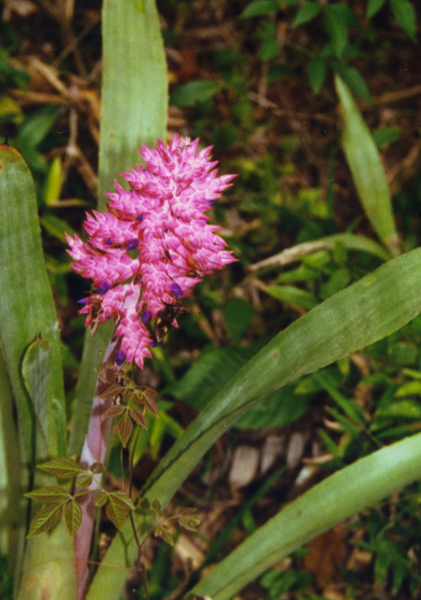 There was not a variety of colorful flowers, but we did see bromeliads here and there along with some wild begonias. I expect we were not in the right season. 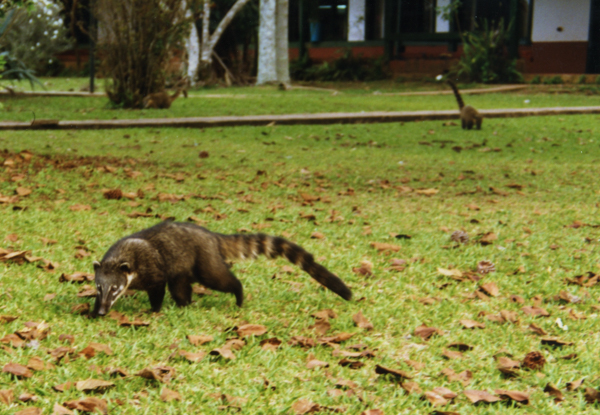 The most common wildlife was the coati 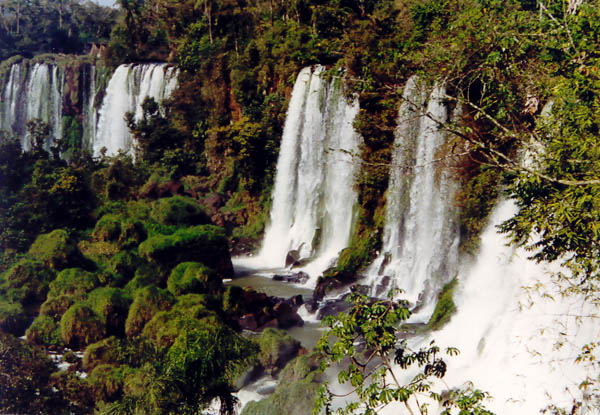 It seemed like the falls continued on for ages. Pictures can't convey the sound of all that water.

This set of cascades separates San Martín Island, the high ground on the left, from the mainland. The island is accessible via a free water shuttle from the base of the falls, but we didn't visit it ourselves.