When we drove through Brunswick, MD, in 1983 as part of a leisurely jaunt to Cumberland, we didn't take the time to visit, but decided that we'd like to come back. This was our chance. Based on the format of the few remaining pictures from the time, I am making some guesses as to what else was included on this excursion since the tour of the shops would not have been enough to fill the entire day. I could be guessing wrong, but so what.

One of the many advantages of the Smithsonian tours run by John Hankey was that we could visit sites not normally open to the public. This was especially true at Brunswick, which was one of the places he had worked. Click to read a great story of the hazing he had to undergo at first. 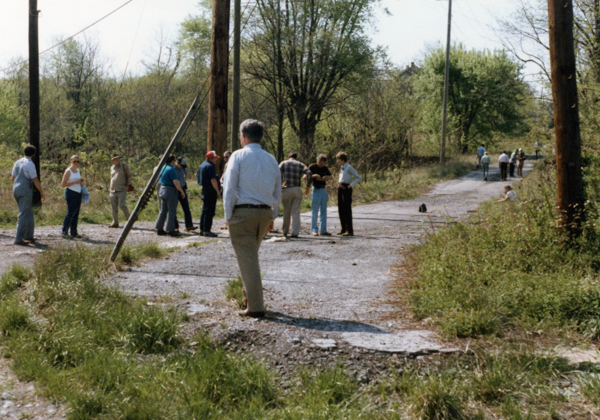 The note on my photo is that this is the "oldest something." I think the note was probably added later, but the date of the print is in line with the date on the Brunswick prints.

Puzzling through the WWW, I speculate that this is an original remnant of the National Road near Boonsboro, MD. The portion of the road from Boonsboro to Hagerstown was the first MacAdam pavement in the US, constructed in 1823. It was originally named the Boonesborough Turnpike.

A museum telling the story of the National Road is planned in Boonsboro. We followed much of the route of this road from Cumberland to Frederick on the 1983 trip mentioned above.

In 1883 the B&O built a large freight yard and locomotive maintenance facility at what was then called Berlin. The town of Brunswick grew up around the shop and incorporated in 1890.

In addition to repair and maintenance, additional locomotives could be added to trains to carry them across the upcoming highlands.

As diesel locomotives took over from steam, the maintenance business declined although the roundhouse still existed at this time as can be seen in this image. It was demolished in 1996.

Most of what we saw on our tour was track maintenance work.

We were lucky to catch this Amtrak train coming through for a photo op. 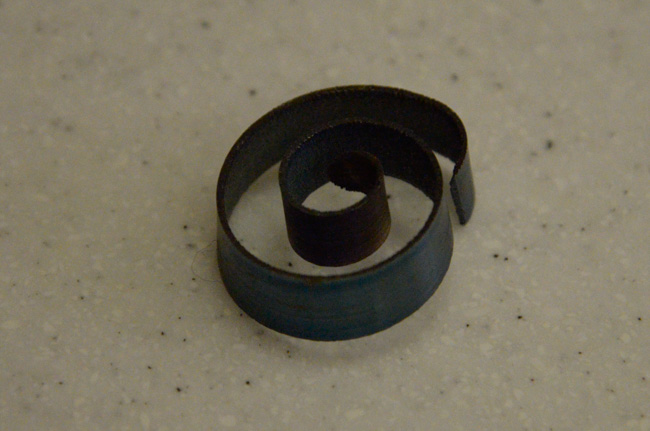 The shops included all sorts of heavy equipment to prep rails and make switches. I picked up this shaving from a planer used to taper rails into points for the switches. I still have it, but it is put away because of the sharpness of the edges. I was struck by the large chalkboard giving the number of days since the last injury: 0. It is a dangerous place to work!

We found out that the railroads were now sourcing their steel rails from Japan -- not because they were cheaper to purchase, but because the American supply was of such poor quality that there was too much waste!