After returning home from my first jaunt to Hawaii, I barely had time to launder clothes before setting out again. This time the trip would be with another colleague, Stan Katzman, and his wife Fran, who came along for the excursion. We spent some days on Honolulu and then were off to Camp Zama, outside Tokyo. I have many memories of our experiences in Japan, but no pictures.

One of my favorite memories at Camp Zama was helping some of the local Japanese programmers debug their COBOL programs. COBOL is a standard English-like programming language so I figured it should be a snap. I didn't count on the fact that the programmers would use Japanese names! It was a challenge to interpret code like:

But I got it done. 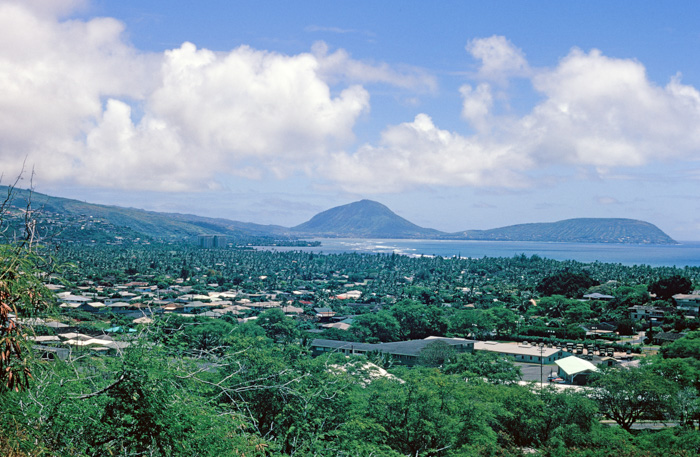 One weekend day our colleague Danny took us on a jaunt around Oahu. This is the Hawaiian shore east of Diamond Head. The hills in the center are the remaining parts of the crater at Koko Head.

Hanauma Bay was formed from one of the craters at Koko Head. The ocean has breached the crater wall to form this protected area. Since our time there it has become heavily commercialized. Back in 1974 it was closer to its natural state.

These lava flows impressed me on my first visit to the area and I was happy to revisit them.

I was suffering from a severe cold and woozy from medication so I didn't clamber over the rocks as I had on the previous trip.

I don't recommend flying while congested. It took about three days for my ears to function properly after the flight. 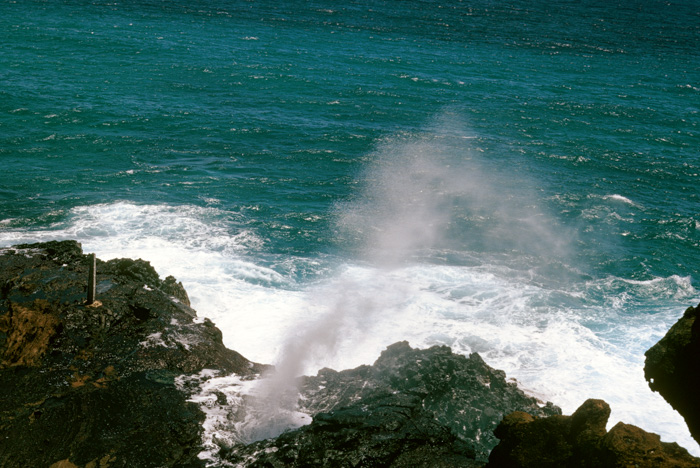 The Halona Blowhole is a bit farther up the eastern coast. 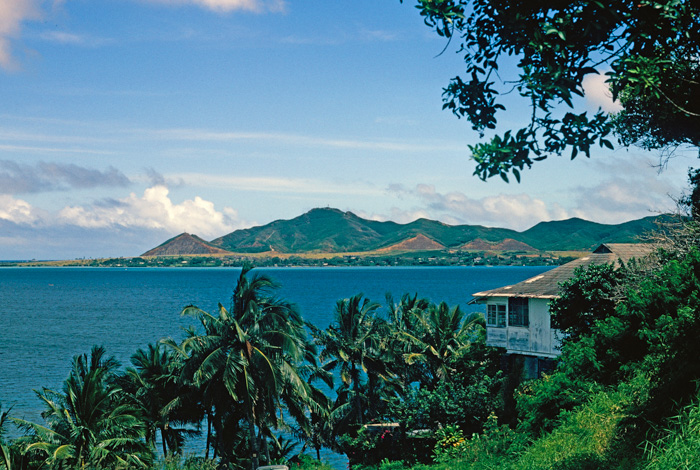 Kaneohe Bay is the remnant of an ancient caldera that long ago slipped into the ocean.

Our next stop was La'ie Point. The main attraction here is a hole cut through one of the offshore islands. I completely missed that, but the place was certainly beautiful. Still pictures can't do water justice. The surf was amazing (and this wasn't a time of year noted for big surf).

The major stop on the trip was the Polynesian Culture Center. There is a wealth of information at the link describing the center, its origins, and the different cultures represented. Scroll down to the links below all the advertising.

Throughout the center are "villages" showcasing traditional lifestyle, arts, and crafts of the various cultures. This is the Tahitian Village. Still pictures can't do that dancing justice either! 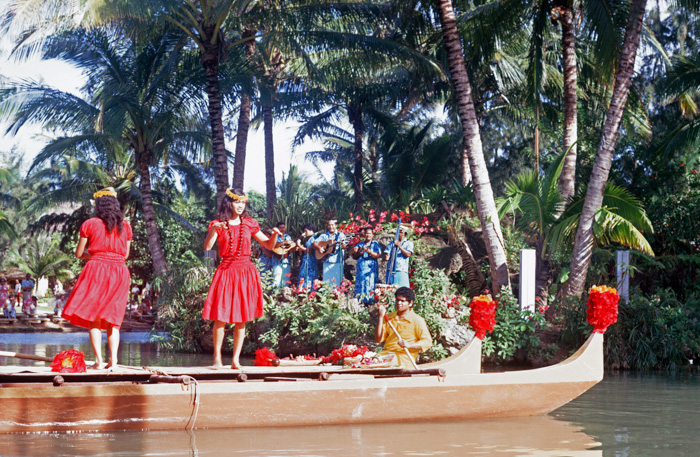 Later in the afternoon we enjoyed a program featuring traditional music and dance of the individual cultures. Barges conveyed dancers around a lagoon surrounded by the crowds of spectators. I took many pictures, but this Hawaiian barge will give you the idea. I also liked the Maori barge, but our 2015 trip to New Zealand had much more cultural background of that people.

Tourists could dress up and live out their island fantasies. Stan, a cheerful and friendly fellow, had a hidden warrior there somewhere. 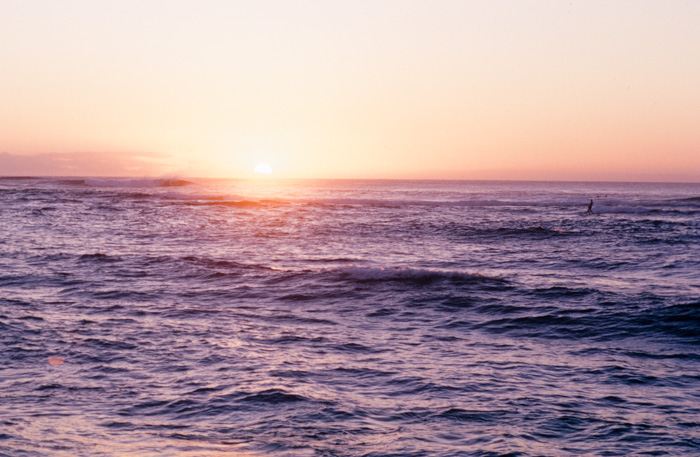 Our final stop for the afternoon was, naturally, Sunset Beach.

The surf gets fierce here in the winter. We were visiting in the spring, so the swells looked manageable. At least one surfer was enjoying the water.

My cousin Betty Pease Hopkins and her husband lived near here for a while after they married. He was in the Army. Pretty tough duty station!

From this point we cut straight back to Honolulu. A Hawaii-born colleague told me that many mainlanders fantasize about retiring to Hawaii, but (set aside the very steep cost of living) they soon get stir-crazy. We circled the island in a day trip that included plenty of leisurely stops.