After school was over, Peco and I traveled together to Nuremberg for a few days. We enjoyed the time together although we were sad that we would soon separate. There was no way for us to know that we would have a couple of opportunities to meet again in Japan. The time passed too quickly and Peco traveled on to visit a long-time German pen-pal and I flew to Berlin.

Jim and I visited Nuremberg in 2017 as part of a Rhein-Main-Danube river cruise, but we saw different things than I saw on this visit.

This is the rebuilt ancient city wall around the old city. Nuremberg was almost completely destroyed by the end of WWII, but the citizens decided that the old city at least should be rebuilt the way it had been. The reconstruction was an epic undertaking and wasn't completed until long after we visited. 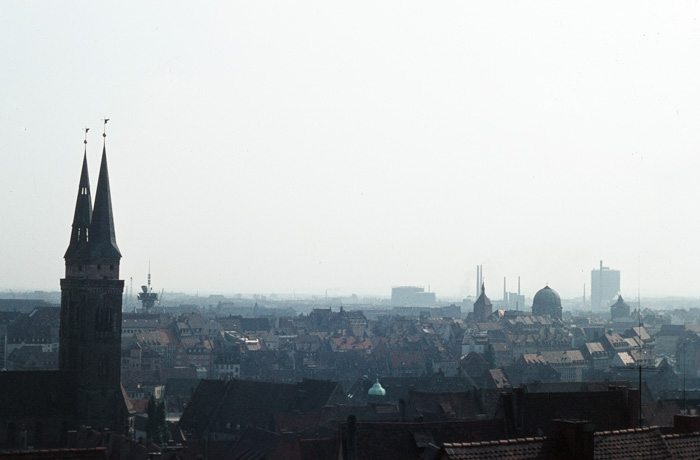 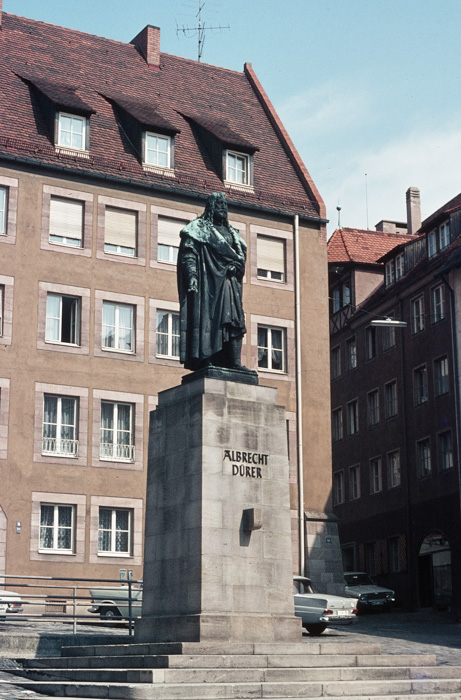 Dürer, who lived between 1471 and 1528 was a major figure in the northern Renaissance. 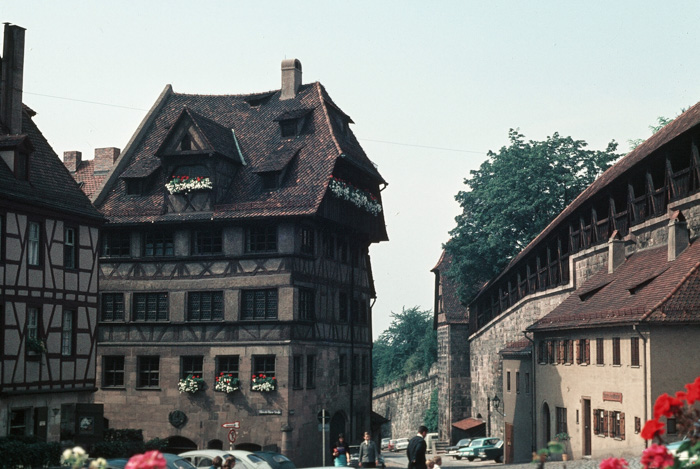 Dürer's house was adjacent to the city wall.

It contains a museum. Information on the WWW contradicts my memories. Wikipedia, for example, states that the house was extensively damaged by the bombing, but my memory is that we were told it was largely preserved. There are other WWW references that confirm this memory. Wikipedia also states that the museum didn't open until 1971, but I remember touring the house. Perhaps the house was open, but the museum was not? 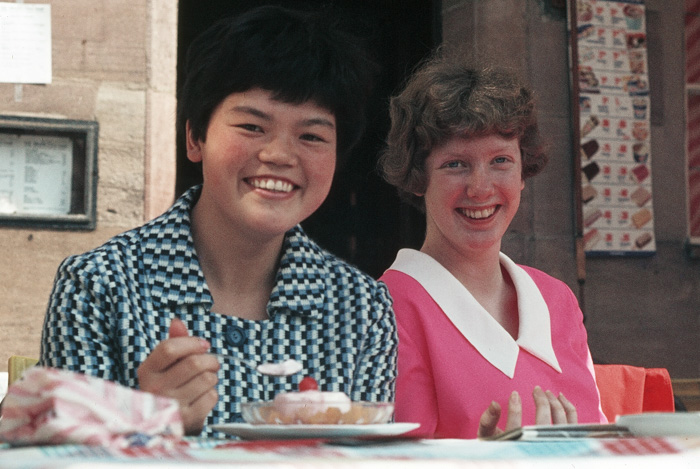 Peco and I enjoying a gooey dessert. I was so proud of myself for figuring out how to set up the camera to take our picture together. I had just raced back into my seat in time for the shutter.

The view of the Dürer house above was taken from this cafe. 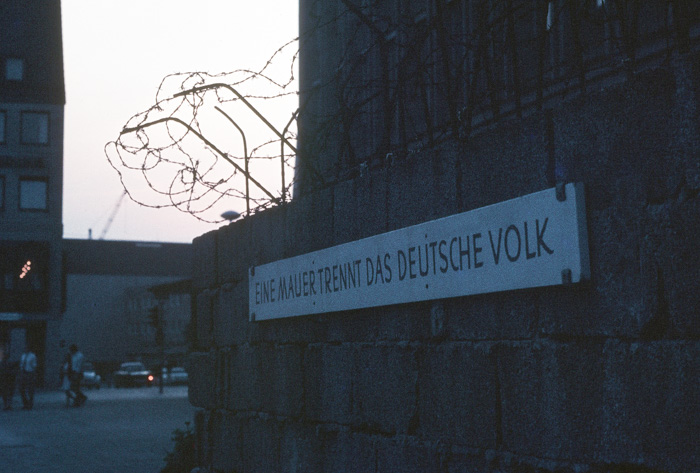 A protest against the Berlin Wall. It states "A wall divides the German people." 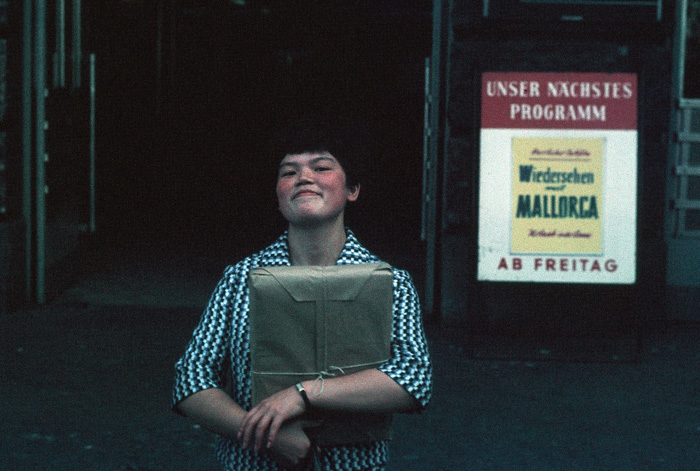 Peco and I said good-bye in Nuremberg. We had no way to know that we would meet again only a couple of years later.

She was a very special person and I'm sorry that we eventually lost contact. 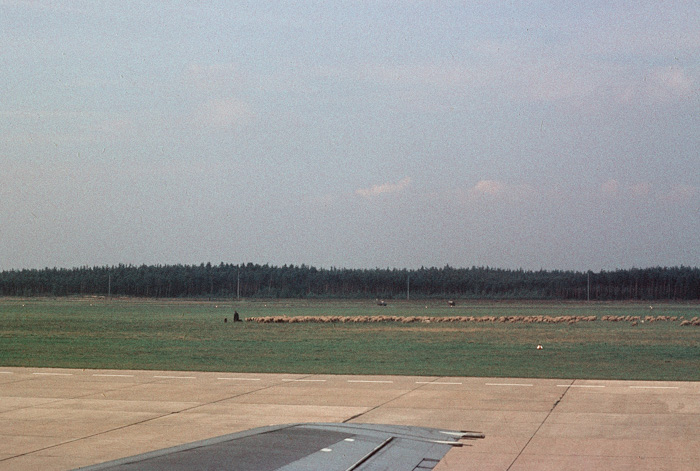 I flew from Nuremberg to Berlin. I don't remember whether the sheep were grazing beside the runways in Nuremberg or in Berlin, but I suspect it was the former.

Seemed like a logical way to keep the grass mowed to me.