Ever since our siblings moved to Florida, we have planned to take the Auto Train on one of our visits to see them. This year we did it -- although not quite as planned. The day before our scheduled southbound departure, Amtrak notified us that the train was cancelled. Sorry. No other options available. No explanation.

The following morning, rather than head to Lorton for the train, we started a long and tedious trek south via Interstates. One benefit was an enjoyable night and morning in Charleston, SC.

We found out the reason for the cancellation much later. The train collided with an SUV on the tracks the day before the cancellation. No injuries on the train. Three killed in the SUV. Don't argue with a train!

We enjoyed seeing family again for the first time in several years, but I didn't take pictures. Instead I took pictures of the train!

While trying to ensure that our return trip was still valid, I discovered that there is a difference between Amtrak and Amtrak Vacations. Don't reserve your trip with the latter! You pay more for the same service. I don't know how I got shunted to Amtrak Vacations when I made the original reservation, but now I know better.

Sanford provides a typical, modern, boring train station. A comfortable place to wait, but not at all photogenic.

The handsome station in Lorton is dedicated to the Auto Train. 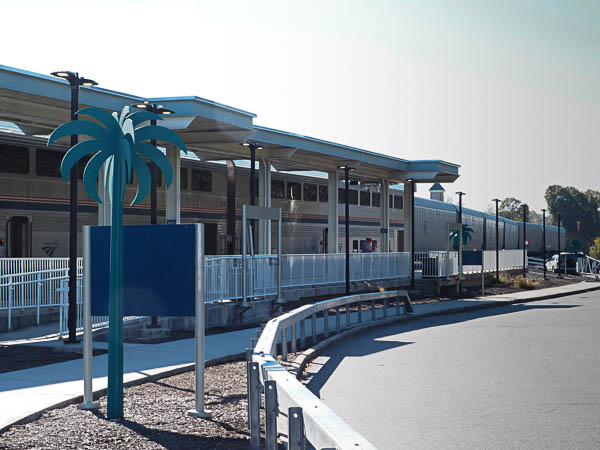 When the train makes up in Sanford, sleepers are on one side of the platform, coach cars on the other because the station is too small to contain the entire train. The car-carriers are loaded in yet another area. It takes a bit of jockeying to make up the full train prior to departure.

In Lorton, there is room for all the passenger cars, but the car-carriers must be decoupled for unloading. 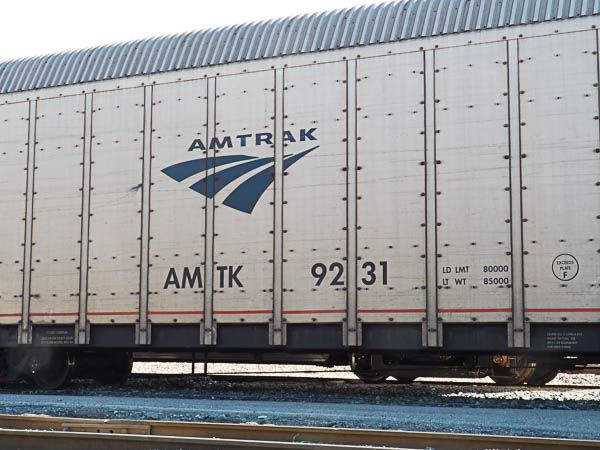 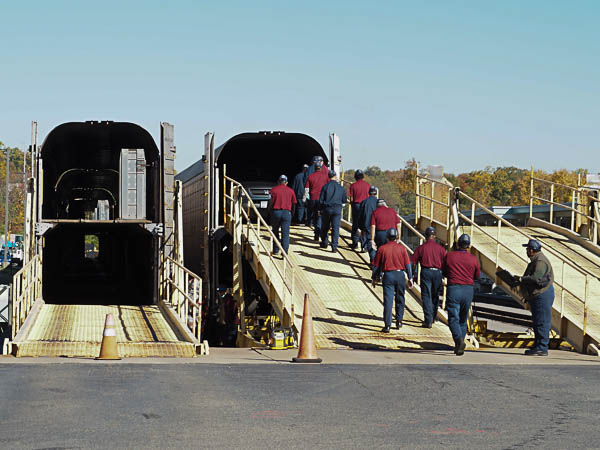 Amtrak has made unloading a science.

The "priority" vehicles came from the left-most car.

A new carrier has arrived and the drivers swarm up the ramp. Plastic covers on the drivers' seats protected the cars from soiling as they were taken on and off. 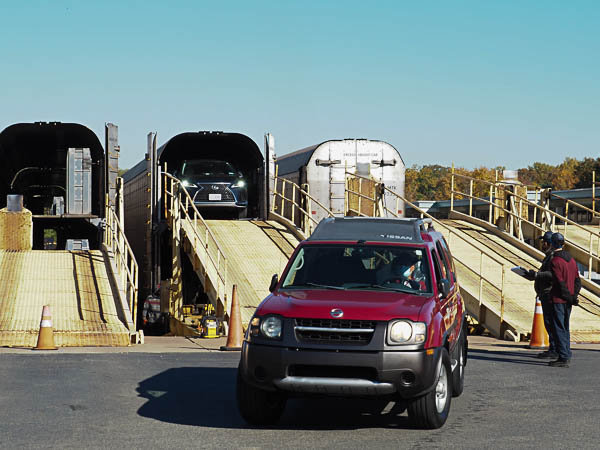 The drivers blew each car's horn as it exited the carrier. 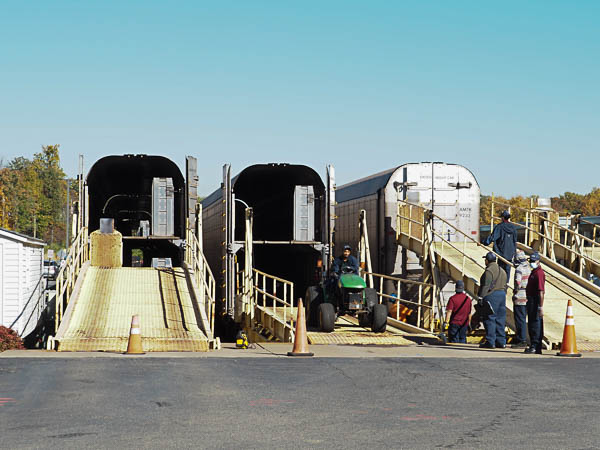 Each carrier was double-decked. Imagine my surprise to see a tractor coming off! My guess is that it belonged to Amtrak, but maybe not.

Motorcycles travel the Auto Train on special carriers, so why not ship your tractor if you want.