I had to use my cell phone to get these indoor pictures. Some people have super-duper iPhones, but I have El Cheapo from WalMart. I eventually figured out how to turn off the camera flash so that I could use it indoors, but that was later. 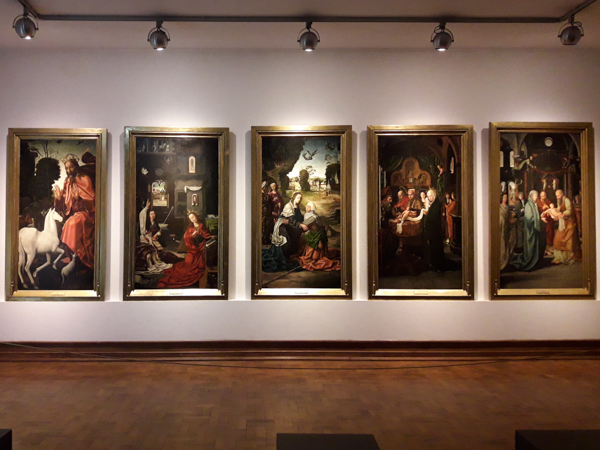 These five paintings are all that remain of twenty panels by Vasco Fernandes, also known as Grão Vasco, commissioned for the Lamego Cathedral. 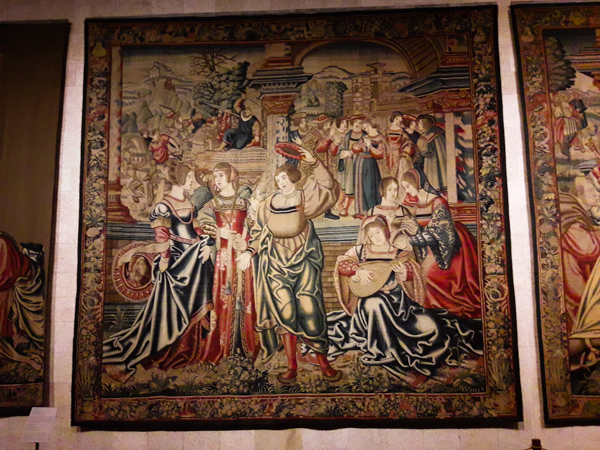 There were four Flemish tapestries illustrating the Oedipus myth.

Back in the day of drafty castles, nobles would travel with tapestries, which were easy to transport, easy to display, colorful, and useful for keeping down drafts.

These tapestries date from the 16th century and are remarkably well-preserved. 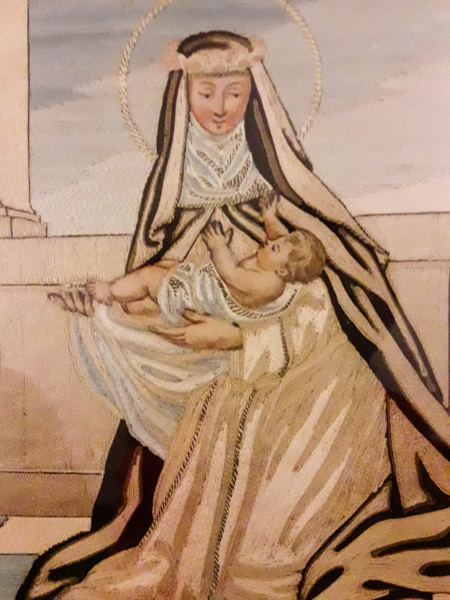 Wall-sized tapestries are fine and good, but I preferred the small embroideries on display. This is another on the perennial theme of Mary. 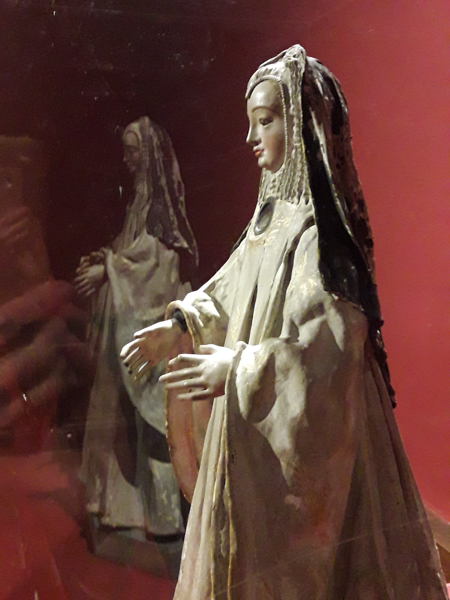 Right after the visit I could have written what this figure was, but I can't anymore. The "doll" is dressed in fine clothing. I like it. 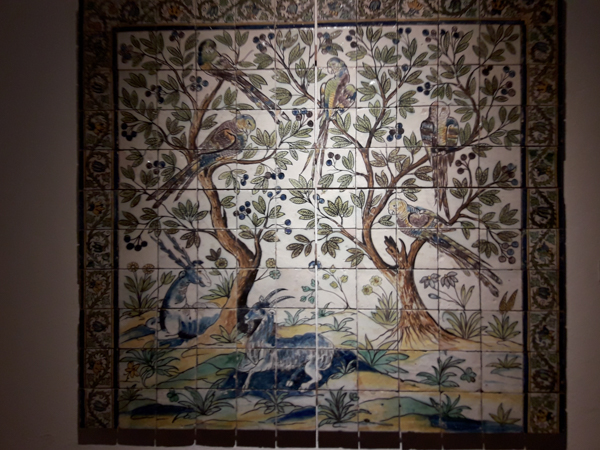 This tile panel dates from the late 17th century. The motifs of exotic birds and animals along with the border decoration shows Arab influence.

Portugal was not subject to Muslim rule as long as Spain (the Moors were ejected in the 13th century), but there were ongoing influences.