I realized about half-way to Dulles airport that I had forgotten to pack the charger for my camera battery. Bummer! Jim pointed out that he had brought his little point-and-shoot and I also had my cell phone, which sometimes takes a decent picture. It was a voyage of challenges pictorially speaking.

Our plane arrived late in Porto due to headwinds and was then waved off during our approach because of a storm cell. The Road Scholar driver met us as promised, but traffic was terrible so we missed most of the orientation. Never mind, we arrived in time for the important part: dinner. We even managed to stay awake through the meal. Since the only remaining seats were with the group leaders, we got an early opportunity to meet our "green team" leader Paula as well as the other leaders. Not to disparage the other leaders who all seemed capable, we think we got the winner with Paula.

The Sheraton Hotel was very posh and we enjoyed the two nights we spent there. 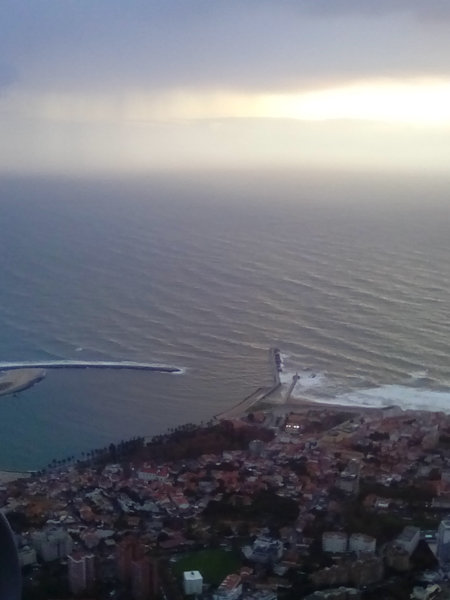 I didn't have the camera with me on the plane, but I did have my Kindle Fire. Does it take pictures? Of course it takes pictures!

The breakwater is at the mouth of the Douro River. There will be a later picture of the surf at the breakwater. 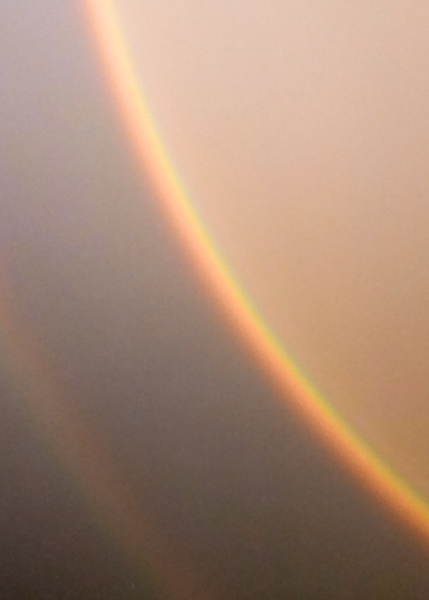 As we bypassed the storm cloud that prompted our aborted landing, I got a picture of this double rainbow -- upside down underneath the plane!

Our second approach, from a different angle, was successful.