After our architecture tour we (mostly) decoded the subway system to visit the Field Museum. 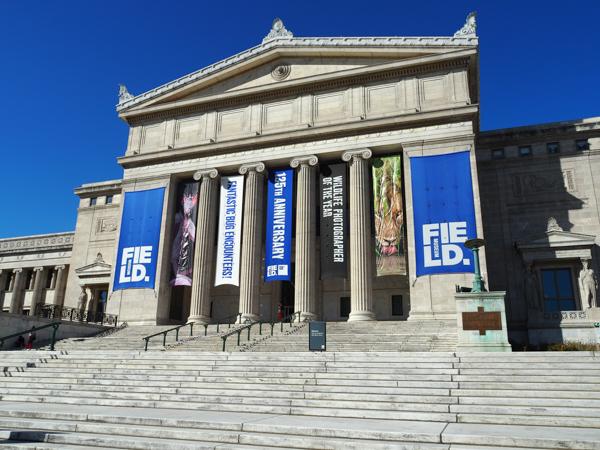 It was one of the marvels of my childhood and much of it is still focused on children. Although everything was set up to handle crowds the museum was almost empty. We found it very difficult to get to, at least by public transit, and perhaps that keeps down attendance.

Sue, the T. Rex, was not at the museum when I was a child, but many other dinos were. The exhibit centered around this celebrity dinosaur was extensive and informative. Unlike many of the other exhibits, it was geared to adults and older children.

The head mounted on the skeleton is a cast. The real head was distorted as a result of the forces of eons. The cast has been un-distorted and its lighter weight means that no additional support structures are needed for the display. The real head is on display nearby where it is easier to access for study.

The skeleton shows many broken and healed bones. They are evidence that although this creature may be a top predator, it was not invulnerable! Having had a bad break last year, I can sympathize with her/him who didn't enjoy medical care and other support systems while healing.

The acquisition of this skeleton is a cliffhanger story and worth reading at the link above. 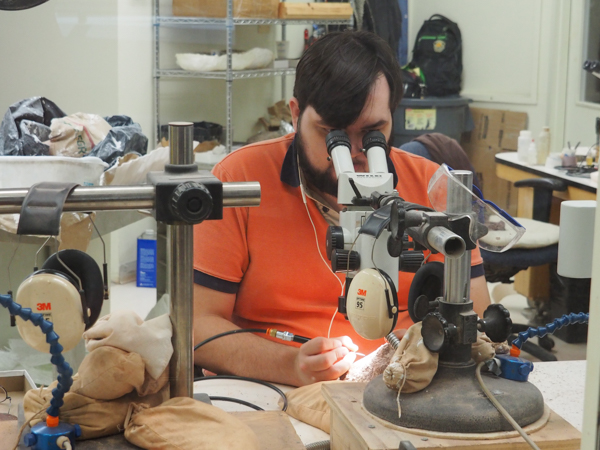 The researchers at the museum are themselves on display here and there! This lab is used for cleaning and preserving fossils.

After our frustrating (and hot) walk from the nearest subway station, we wimped out and caught a cab back to the hotel.

That evening we enjoyed a production of Hamilton at the CIBC Theatre. It took us a while to get accustomed to the "rap" cadence of the music, but we agreed that it was every bit as good as advertised.