On Monday evening David and Melinda, accompanied by Dan, presented a concert for the townspeople and us students.

A record crowd turned out for a beautiful evening, rousing music, and the scenery by the lake.

David in a soulful moment. He has a beautiful voice and frequently accompanies himself singing. It's harder than you might think!

In the low light, it was hard to get a picture of Melinda that wasn't completely blurred by movement. At least in this one, it's only her bow arm indicating the energy behind her playing. 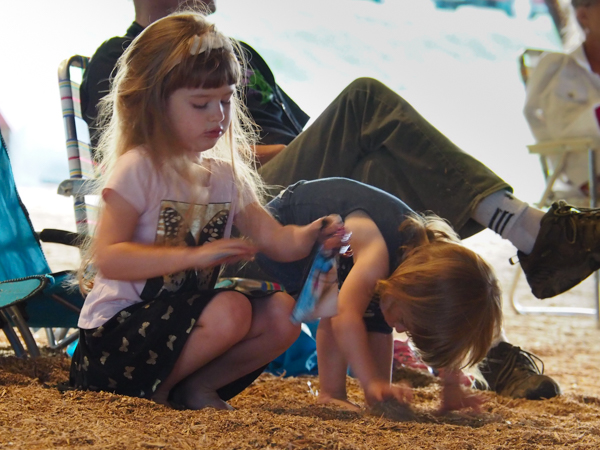 Melinda played a set with tunes she wrote for her daughters Annika and Fiona. The two of them were especially hard to capture since they were in perpetual motion.

She has also written a tune about the pair of them called the Selkie Sisters. Selkies in Scottish folklore are seals who can take on human form. Annika and Fiona love their bathtime!

After the concert, "music product" CDs and a variety of Strathgheny items were on offer. Melinda's parents Ken & Gay staffed the goodie table.