Latvian national identity must have been hard to maintain over the centuries of foreign dominance. I expect that folkloric groups have held a prominent place in the turmoil of the 20th century. 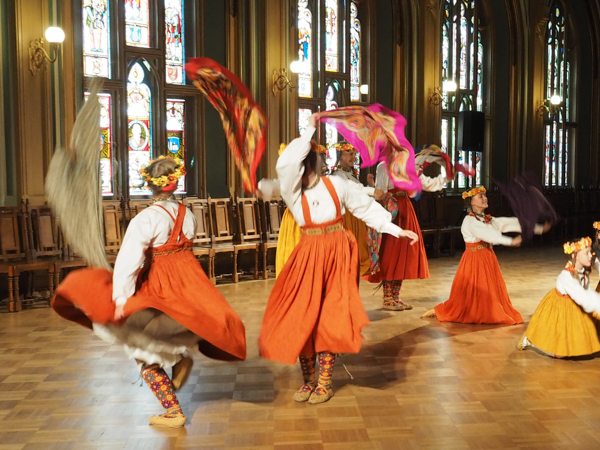 These young women started their dance with the scarves tucked into their dresses. As the dance progressed and became more vibrant, the scarves came out and were used to augment their gestures.

The smaller girls added to the occasion. 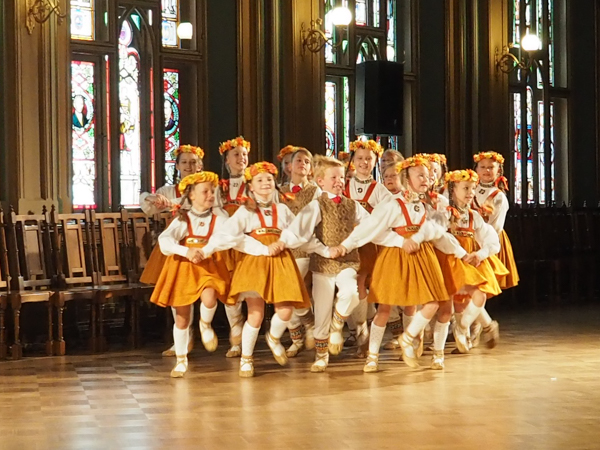 Many of the dances were ring dances of one form or another. I was amazed that this tightly-packed group of youngsters could dance around the hall in close formation without tripping all over each other.

One surprise was the number of boys and young men who participated. If they were doing it only because their moms made them, they put on a happy face. 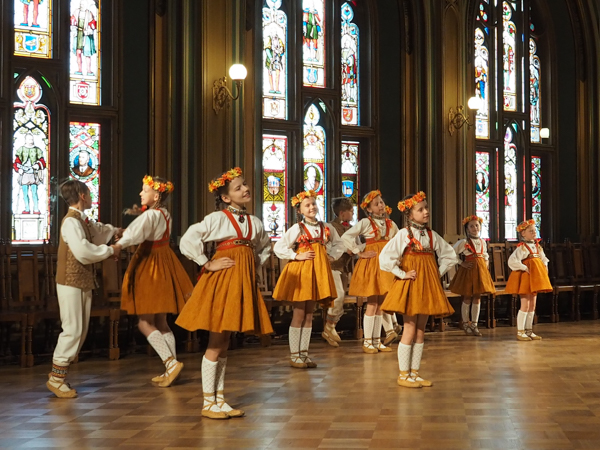 All the folk dances I have known are in essence mating rituals. In that case they get started young in Latvia! 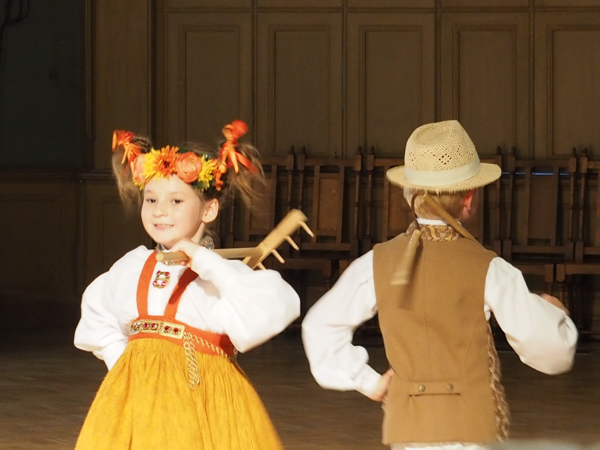 These two youngsters had their own harvest dance. He whacked the floor with his flail and she raked up imaginary chaff. Those pigtails were too cute for words. 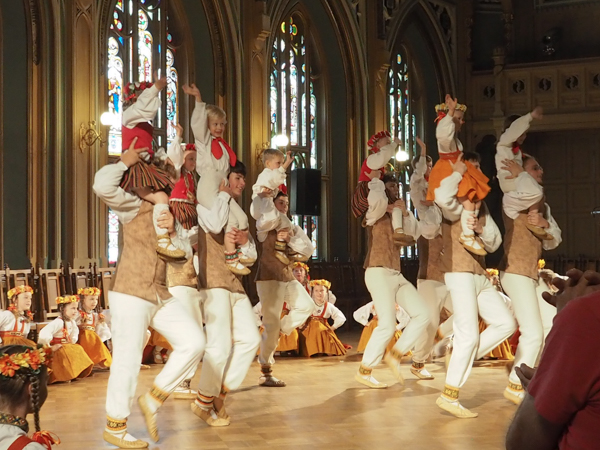 The grand finale brought most of the troupe onstage at the same time.