Friday and Saturday were mostly dedicated to Drexel events. 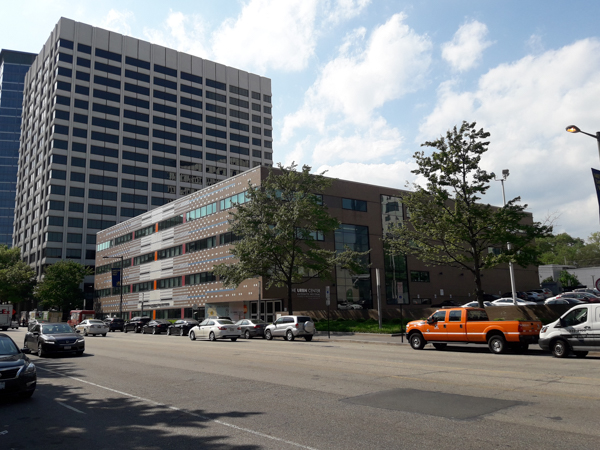 Friday afternoon we participated in a tour of the Westphal College of Media Arts & Design.

The building was originally an office building. The facade, which doesn't show up very well here, was eye-catching. Better pictures can be seen at the link. 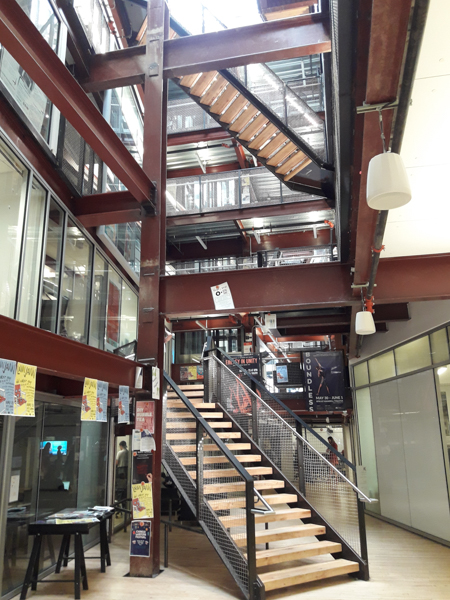 In redesigning the interior, the building was gutted and the space was configured to support teaching, labs, and display spaces. As it was built out, the "bones" make a design statement. It was gorgeous . The rework of the building has been recognized for design excellence.

Many students were beavering away on their year-end projects and we tried not to disrupt them.

The facility is called the URBN Center to honor a major donor. 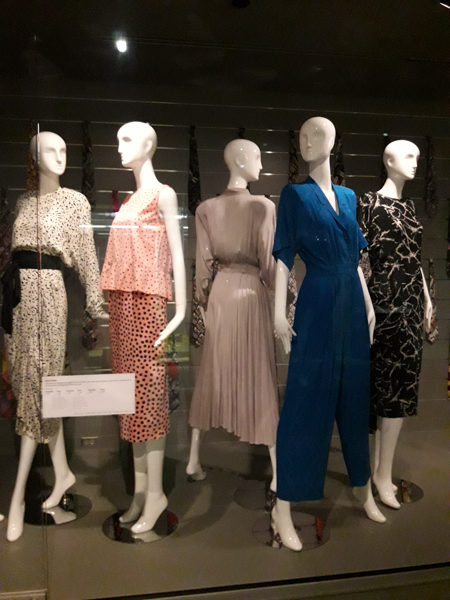 Robert & Penny Fox donated their extensive costume collection to Drexel. At the time of our visit, the rotating exhibit featured the work of Philadelphia designer Nicole Miller. 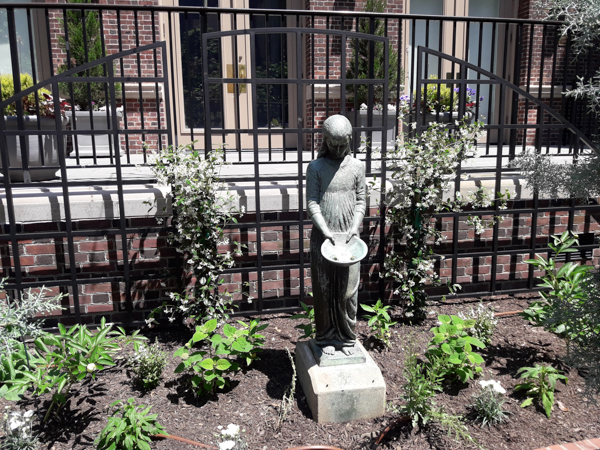 The following day we attended a brunch at the Mütter Museum. Jim was amused at the idea of having a brunch amidst the "pickled babies," but we were actually dining in the elegant Mitchell Hall.

We had toured the museum collections in the past, but had not taken the time to visit the garden showcasing medicinal plants. 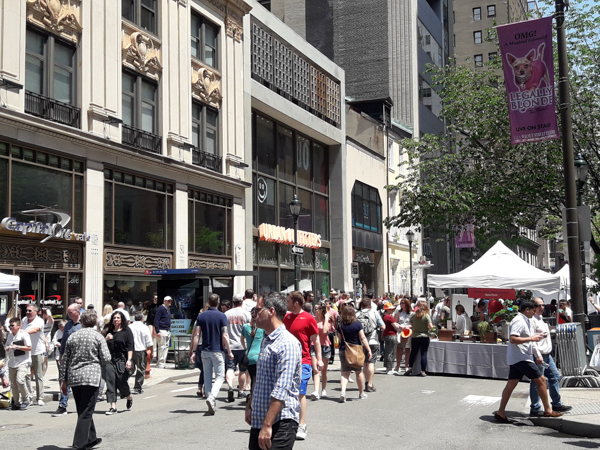 As we walked back to the hotel from the brunch, we wandered through the Rittenhouse Row Spring Festival. This annual event draws upward of 50K folks. Given my aversion to crowds, we didn't linger although we did take time to buy ice cream at the Ben & Jerry's tent.

I'm amazed that I could take a picture that didn't include dogs! There were a bunch! 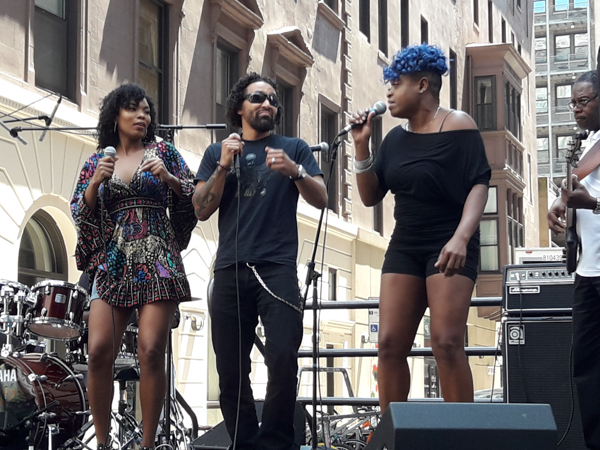 I didn't catch the name of the band, but they were good.

This is my last picture from the trip, but we had another Drexel event that day. We had signed up for the "Drexel After Dark" celebration to be held at the Philadelphia Art Museum on Saturday night. It promised "private access to the galleries," but it turned out to be access to only A FEW of the galleries. That did not include the gallery with The Gross Clinic, which Jim has been hoping to see for years. Instead we were mostly confined to a very noisy and crowded area where we could scream at each other to be heard and stand in line for mediocre food. It was our only disappointment of the week.

On Sunday, I attended the early service at First Presbyterian Church - a vibrant celebration with (mostly) toddlers and their parents. We then caught the train back to Charlottesville where we were thrilled to find our car waiting for us!