The show was a great place to people-watch and chat. 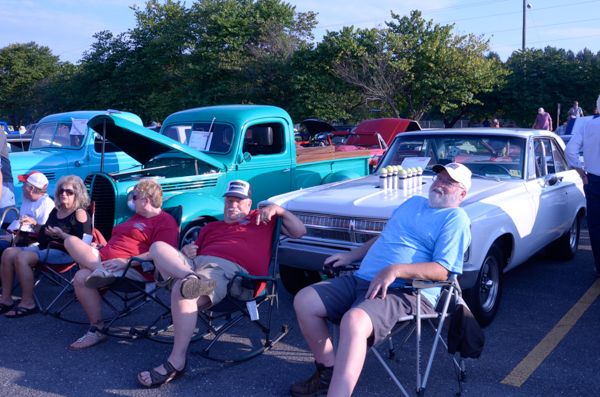 Exhibitors came with family and friends.

I expect it's like a horse show; you get to know all the folks on "the circuit" and enjoy the camaraderie as much as anything else.

I liked the tennis balls on the air intakes. They said it was to keep folks from tossing in chewing gum or other debris. Would people do that?!? 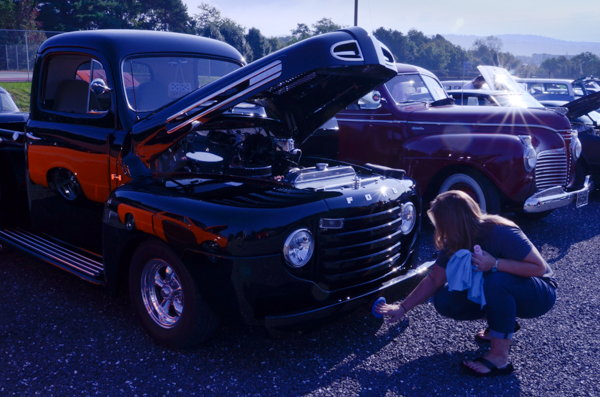 Classic cars are an overwhelmingly male obsession, but I was glad to see at least one woman shining up her entry.

We once visited a car restoration facility in White Post, VA. When someone asked the owner how much it cost for them to restore a classic car, his response was: "If you have to ask, you can't afford it."

Maybe horses are cheaper than something! 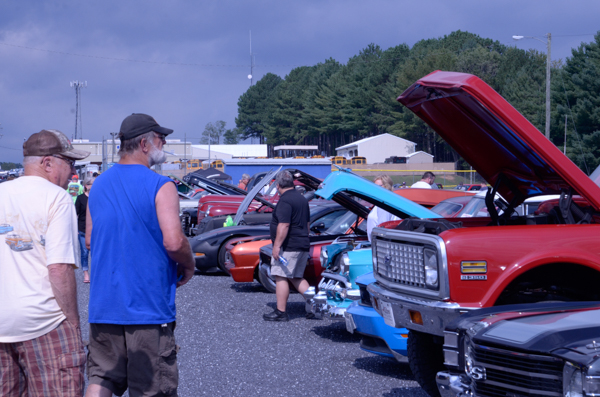 There were a record number of cars on display and people "cruising" the exhibits. A shuttle brought spectators from far-flung parking lots.

As a volunteer Jim got there early and we were able to park within walking distance! 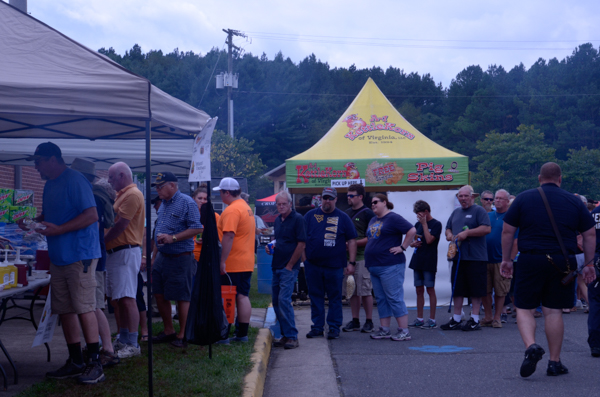 The looong line for Hospice hamburgers & hot dogs. Almost everything was sold by noon when we left. 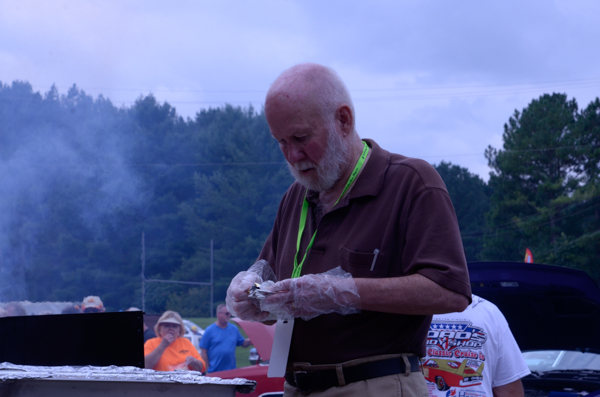 I helped out from time to time at the 50/50 raffle booth. Tickets sold so fast that there was a cadre of folks dedicated to tearing them apart and dumping them into the drum for the drawing later in the day. 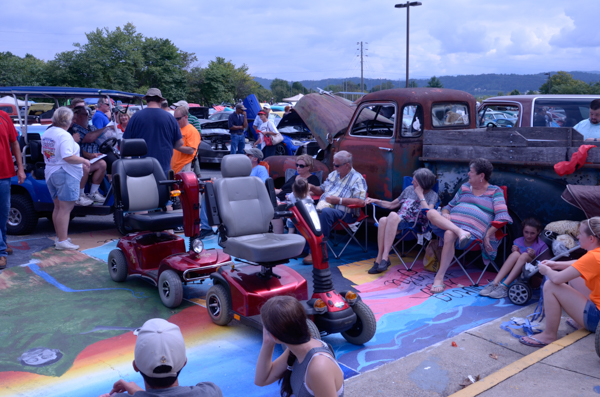 A number of folks were hanging out by the announcer's booth hoping to win something. The 50/50 raffle raised almost $9K, a raffle for a new car raised over $17K, and yet another raffle for a variety of tools and other goodies raised over $26K. Adding in concessions, t-shirts, registration fees, and donations the event brought in over $80K for Hospice!