The following morning we were on our way to yet another island in the archipelago, but first we toured the northern reaches of Streymoy, the island where Tórshavn is located. 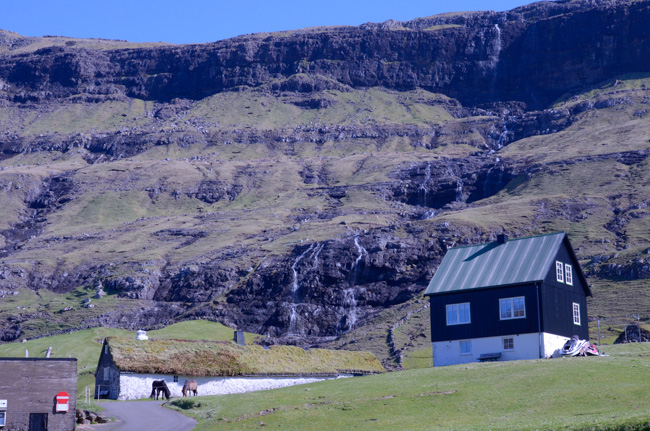 Our first stop was the village of Saksun (there are additional pictures at the link). It is the home of the one remaining farmer on the island who doesn't need a day job.

At one time this was a thriving community with a good natural harbor, but the harbor silted up long ago and is now only accessible by small boats at high tide. The village has lost additional population in recent years because of the lack of high-speed internet access. Communication infrastructure is very important everywhere nowadays, especially for families with children who need to access the world of online information.

Most of the homes are used for holiday retreats.

The Faroese horse was almost driven to extinction by the mid-20th century. Because of their strength, hardiness and small size (technically they are ponies), most were sold to the UK for use in the coal mines. Conservation breeding has increased the number of animals to over 70, but many more will be needed for the breed to be safe.

The breed shares many characteristics with the Icelandic Horse, but they are genetically distinct. 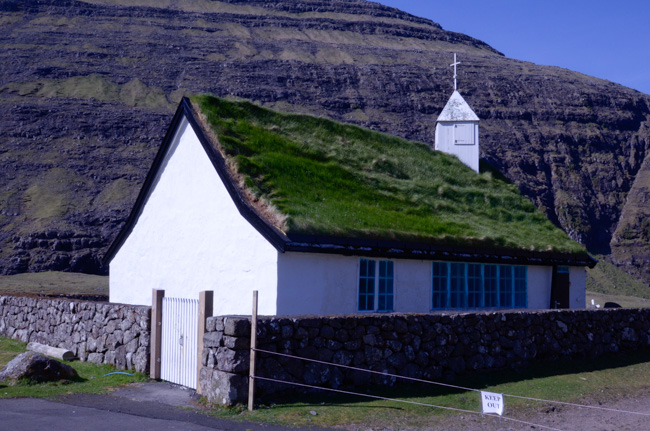 The church was originally located on the other side of the mountain in Tjørnuvík, which we would visit later, but it was disassembled and moved to its current location in 1858. We peered through the windows to see the lovely interior, but the building was locked.

Faroese sheep are distinctive and characteristic -- so much so that "Føroyar," the name of the islands in Faroese, means "Sheep Islands." The islands' coat of arms features a sheep. The various markings and colors are striking. This ewe and her lamb blend together almost perfectly.

Sheepskins are used and sold everywhere. I fell prey to a lovely pelt of grey, buff and brown. The wool is long and straight rather than curly and crimped. 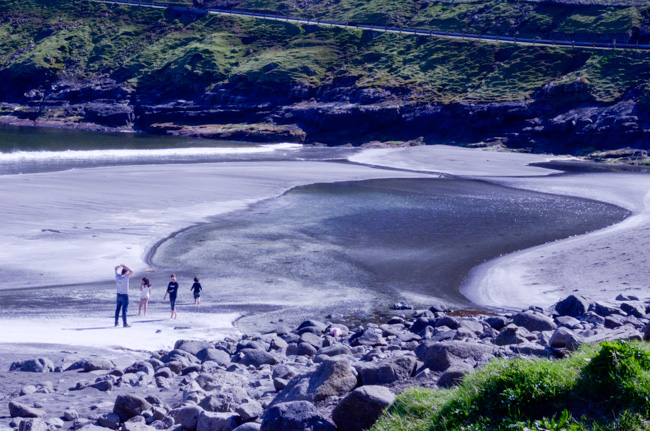 Our next stop was Tjørnuvík, which was not far from Saksun as the raven flies, but quite a distance by road. 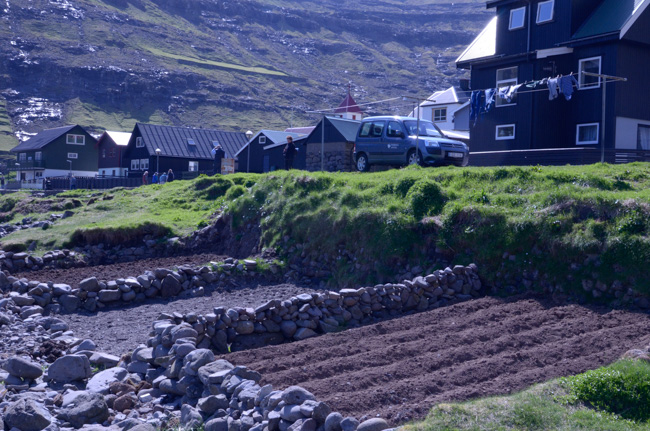 Small plots of land are located between the houses and the shore. The primary crops of the area are potatoes, for people, and hay, for the animals.

Archeologists have found evidence of a Viking settlement on the edge of the pasture land. The remains are enclosed in stone walls before the terraces and I didn't know about it in time to walk over there to get a better view.

The posts and wire along the flat land are used to dry grass for hay. 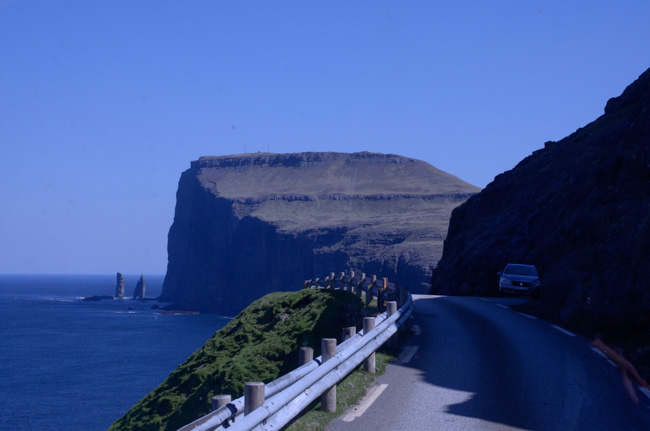 The roads to the remote villages are usually only one lane with occasional pull-outs to allow cars to pass. Buses have the right-of-way.

The sea stacks off the headland in the distance have inspired the legend of the giant and the witch.

As we traveled from here to there our guide explained the local whale hunting tradition. The link is the official version and is basically what she told us. The practice is controversial, but the islanders view it as a tradition that has lasted at least 1000 years and that provides significant meat. The catch is shared equitably among those who participate and a portion is taken to retirement homes so that those who are no longer able can still enjoy this traditional food.

This picture is from fellow traveler Esther Perica, who took a picture of me taking a picture of the waterfall.