We bade farewell to our ship and most of our expedition staff at Aberdeen and toured the countryside by bus on our way to Edinburgh. 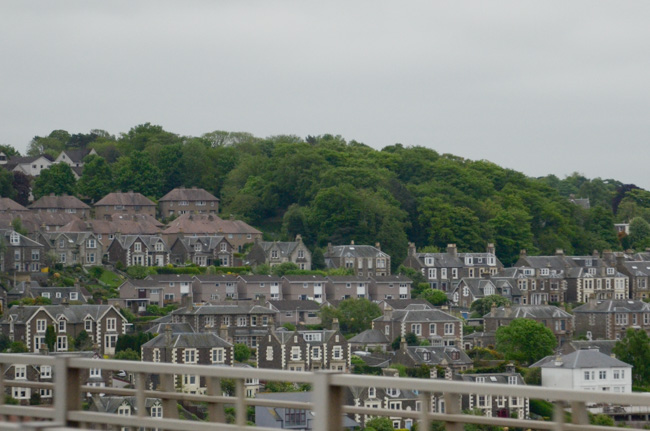 Aberdeen is nicknamed "the grey city" because of the extensive use of granite for construction. In 2015 the architecture periodical Urban Realm "awarded" the city its Carbuncle Award as the most dismal city in Scotland. Maybe that's why we didn't spend any time here on this trip and only saw it in passing.

One of the comments at the link was from a former resident. He claimed that he used to visit the traffic lights just to make sure he hadn't gone colorblind. Harsh! 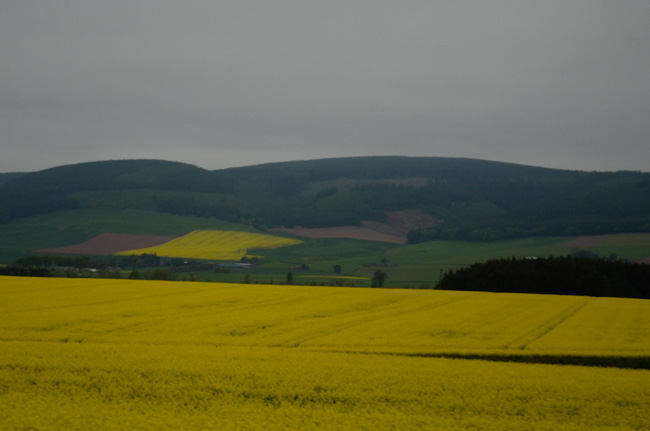 It wasn't long before we were into the countryside on our way to Edinburgh via St. Andrews and Scone Palace. The rapeseed crop definitely adds color to the prospect.

Oil from this plant has been used for centuries and one variety is the source for canola. 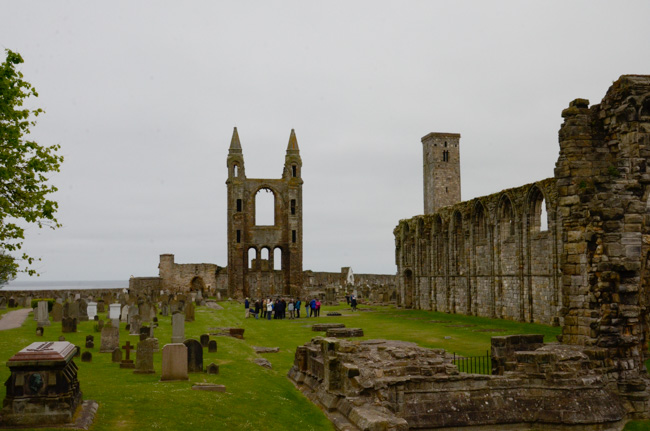 Our first stop was St. Andrews. The cathedral, dating from the 12th century, was once the largest in Scotland. A mob let by John Knox torched it in the 16th century (giving substance to the term "firebrand"). The stones were looted for building materials. Time has done the rest. 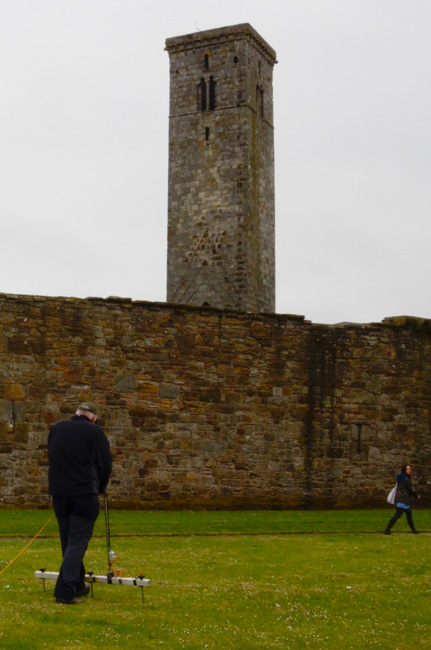 The square St. Rule's tower was part of a structure that predated the cathedral. I'm sorry that I didn't realize that I could climb up it!

Archaeologists were engaged in surveying the site. 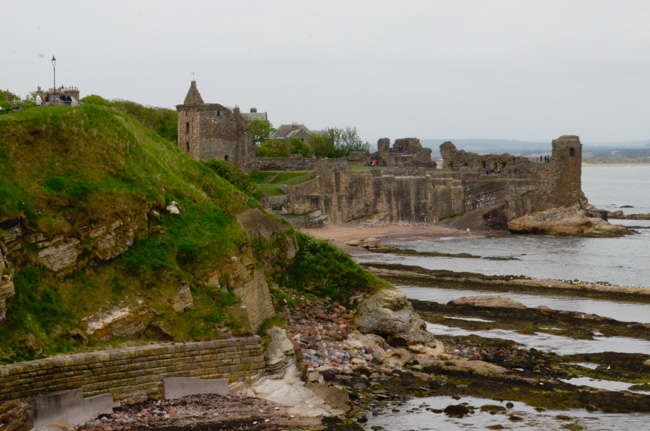 St. Andrew's Castle is also known as the Bishop's Palace. Bishop David Beaton imprisoned George Wishart, a popular 16th century Protestant preacher, and ordered him to be executed and burned at the stake in front of the castle.

He was assassinated in turn, and Protestants took over the castle.

This prompted a siege by Catholic royalists who feared the Protestants would support the English.

All of this was before the two kingdoms were united under the Scottish James VI (of Scotland) and I (of England). Who was himself Catholic. 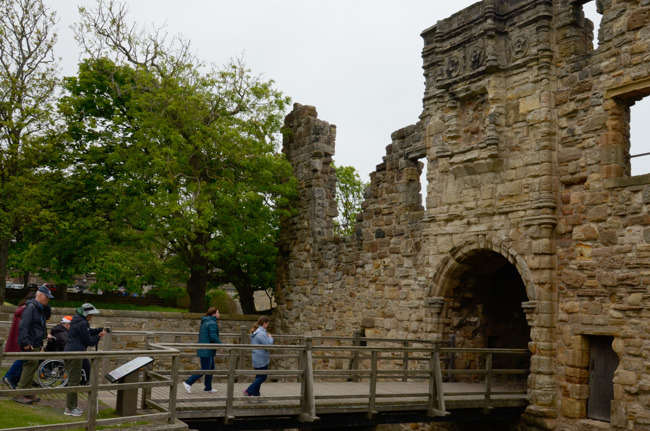 The current entrance to the castle is part of a 16th century restoration after the siege of 1547. The fortification at this site dates to the 12th century, but it has been rebuilt numerous times.

At one time I was fascinated by dungeons and siegeworks (that part comes from growing up in Vicksburg, MS, site of a famous siege). This castle has a creepy "bottle dungeon" or oubliette. Prisoners were lowered into this space with no hope of escape. When the castle was taken and Bishop Beaton murdered, his body was kept in the dungeon.

There are remains of siege tunnels and counter tunnels under the walls. I was (briefly) tempted to crawl through them, but came to my senses in time! 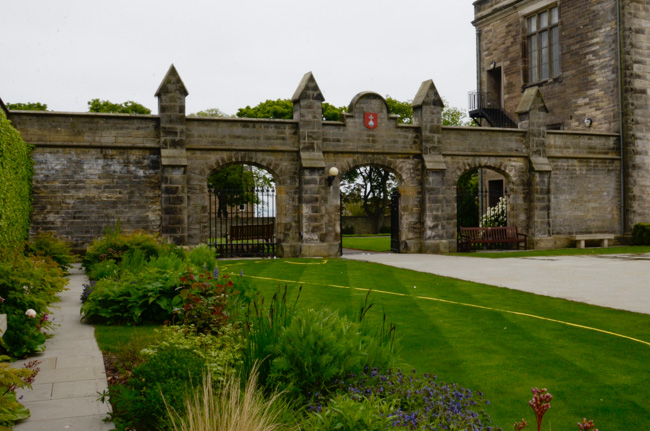 The University of St. Andrews is spread throughout the downtown area. It comprises three colleges, one of which is the Combined College of St. Salvator and St. Leonard. St. Salvator quad is the oldest remaining part of the university. The college was founded in 1450 and merged with St. Leonard in the 19th century.

We were visiting in the midst of exams and signs throughout town reminded us not to disturb test-takers with excessive noise. There were also signs along the shore by the castle admonishing students not to use that environmentally sensitive area as part of the May Dip or post-exam dunking. I assume there are other allowable beaches for such sacred rites of passage. 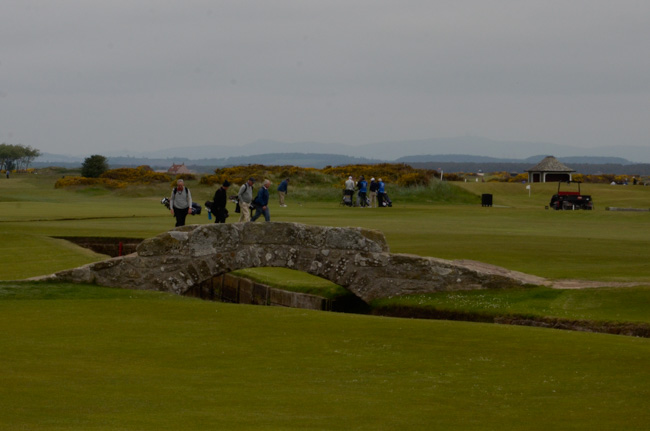 Not being golfers we were ignorant of Swilcan Bridge at the St. Andrews Old Course. We've had friends make trips to Scotland just to visit this golf course. It seemed suitably crowded on the day of our visit. 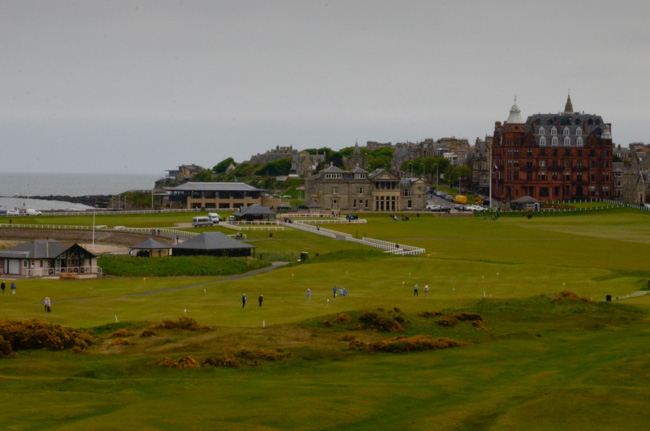 Unlike "country clubs" in the US, the St. Andrews courses are downtown! 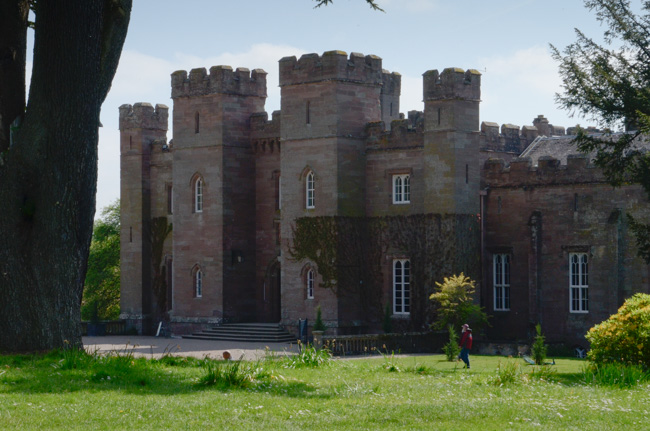 Scone Palace  (pronounced /skun/), originally part of a 12th century abbey, managed to survive John Knox's fanaticism, and became the home of a secular lordship in the 17th century. It was the original home of the Stone of Scone, used in the coronation of Scottish and then United Kingdom kings & queens. 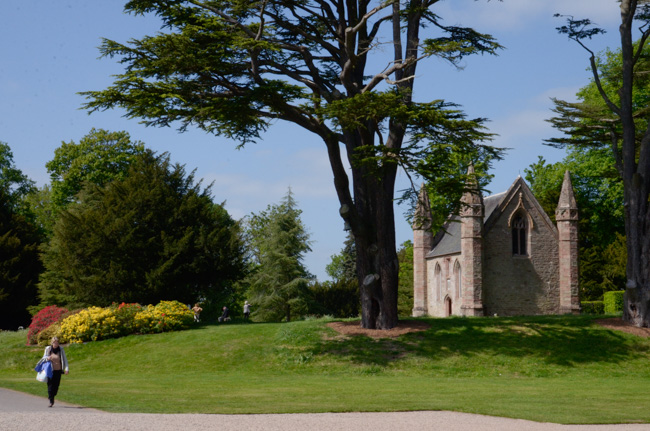 Adjacent to the palace is the Moot Hill, topped by a 19th century chapel. Tradition says that nobles coming to a moot, or official gathering, would bring some of their home earth in their boots. This signified that all of the country was literally as well as figuratively represented. The earth may (or may not) have been emptied onto the hill.

The most complete discussion of Scone, its history and traditions, that I've found is in Wikipedia. 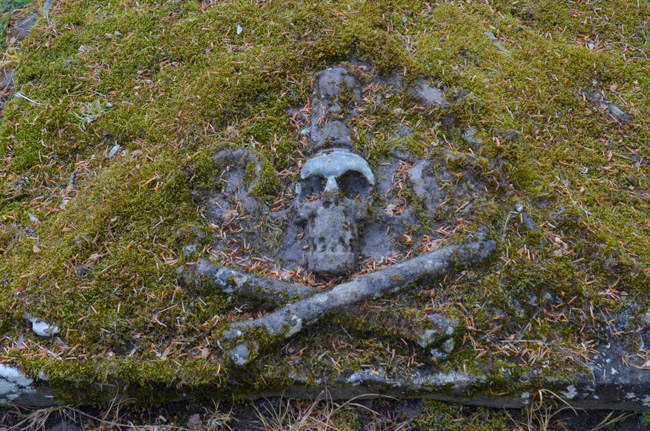 The ancient village of Scone was relocated when the new palace was constructed in the early 19th century. All that is left of the old one was its cemetery. We did not visit the "new" village. 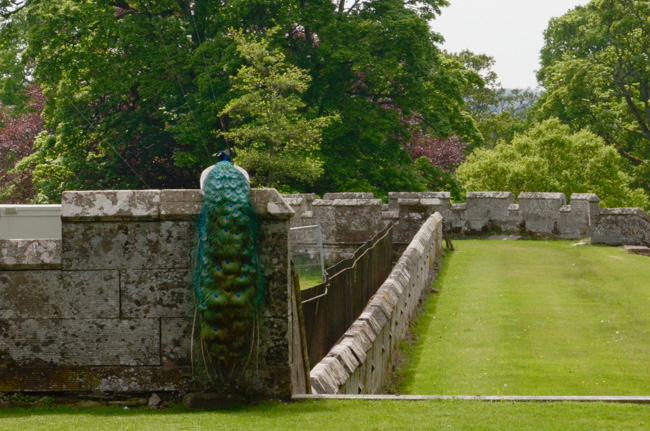 Peafowl roamed the grounds including a white one. Can't say that I see the point of a white peacock. 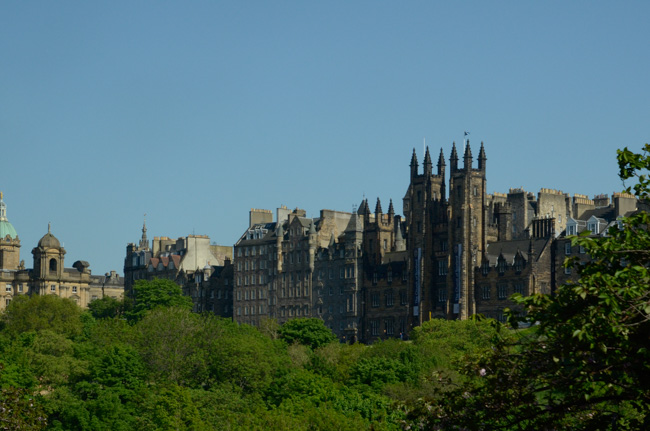 Our day's excursion ended in Edinburgh, where we spent our last night together. Most of our number would be departing for home or other adventures, but we joined a smaller number who continued on to the Faroe Islands.

Our hotel, the Balmoral, was located adjacent to the Princes Street Gardens. It was an unexpected luxury!