The island of Islay (EYE-la) is home to no fewer than eight distilleries. Our focus would be on the south of the island where Lagavulin, Laphroaig & Ardbeg are neighbors. A strong peaty flavor distinguishes all three.

The Zodiac ride from the ship to Lagavulin Bay went past the ruins of Dunyvaig Castle. Although the castle might have collapsed from whiplash as it changed overlords many times, it stood until it was demolished by its last lord in 1677.

The primary destination at this stop was the Lagavulin Distillery. I'm not a fan of whisky, but the distillery and its location are picturesque.

Some years ago a Scottish gentleman told us how to remember the difference between "whisky" (e.g., Scotch) and "whiskey" (e.g., Bourbon). He said Scots were too stingy to waste an "e" when it wasn't necessary!

Several of us opted for birding excursions instead of touring the distillery. I joined the "birding lite" faction -- those who had never been birding before. It was interesting. In order to do it well, you must know the likely birds, their preferred habitat, and their songs. Once you have found the habitat, you can listen for the birds that might be found there. If they speak, then you may be able to spot one.

These amorous collared doves, on the other hand, were not difficult to spot. They were both large and vocal. We may soon see this bird here at home as they have extended their range to the USA. 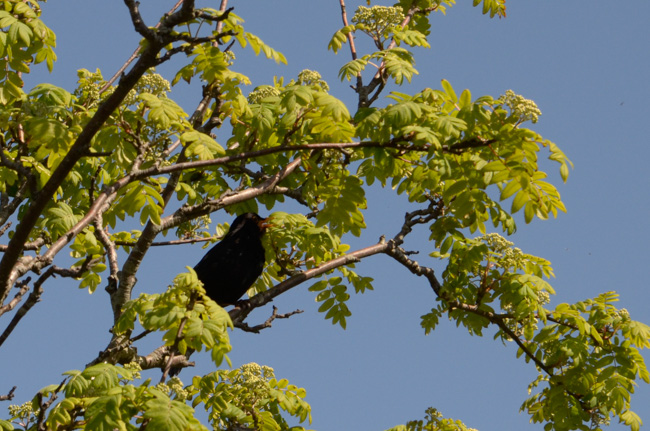 There is a difference between a black bird and a blackbird! This is the latter and he was singing beautifully.

Later we saw a large dark bird along a ridgeline. Even our leader couldn't tell for sure what it was. After watching it for a while, during which time it never moved, we decided it was a decoy of some kind. The woman who sighted it came in for some teasing until later we looked up and it was gone! Apologies were in order, but we still don't know what it was. 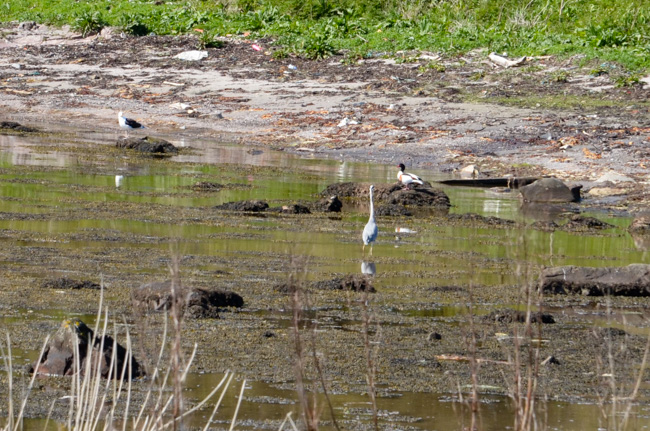 We saw a variety of common shore birds along the edge of the bay: a grey heron, similar to our great blue heron, a shelduck and a black-backed gull. 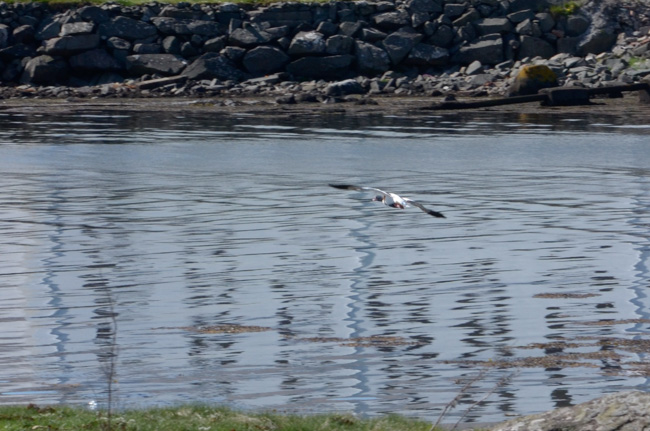 The shelduck gave us an athletic flying exhibition. 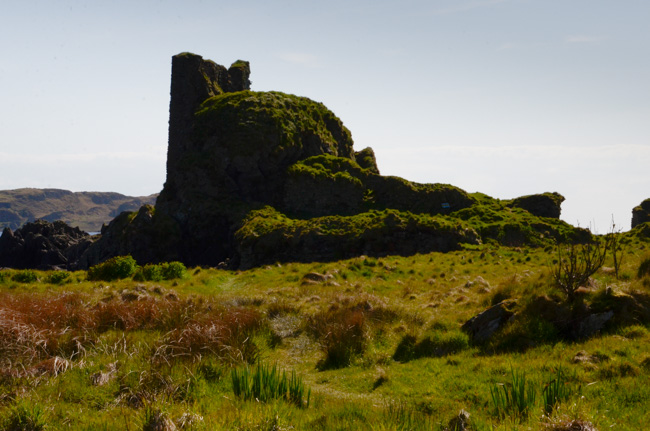 As we approached the castle ruins I began to get an itch to climb inside until I saw signs warning of "a very dangerous building." I'm getting more cautious (sensible?) in my old age -- especially when halfway through a long-anticipated expedition! I gave it a pass.

A shop displayed stamped barrel ends from the local distilleries. I think that Scotch is drinkable only because they age it in old bourbon barrels. 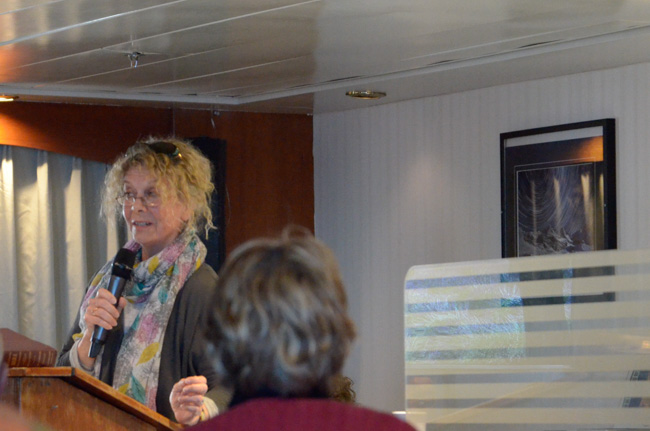 Linda Paulson, our accompanying Stanford professor, gave a talk that evening on "Iona: Monasticism and Art" in preparation for our visit to Iona on the following day. Linda is far from esoteric in her research, however; she is also an expert in malt whisky and led a well-attended whisky tasting!