The pre-Columbian exhibits were beautifully displayed. There is more to the museum that this, but we just had a brief time to visit. These are arranged roughly from oldest to newest. Since I was inspired by the timeline showing the relationship of various cultures, I've included European references to place these in time.

This exquisite duckling is from the Valley of Mexico. Its estimated time period is 1200-800BC. The Iliad and the Odyssey were composed circa 890BC.

Believed to be Olmec. Found the the Valle de Oaxaca. He sure looks irritated about something! 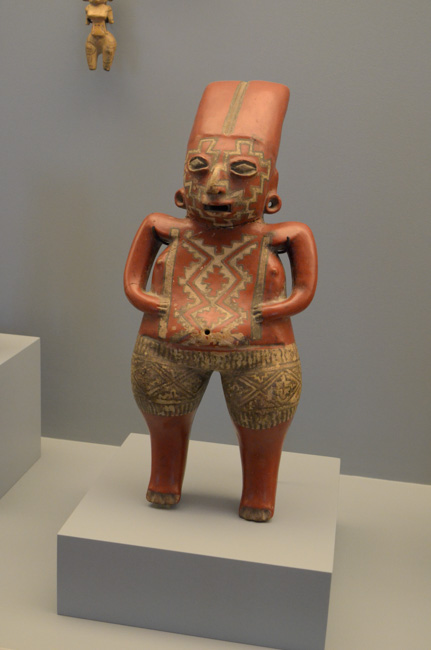 Figure of a woman from Valle de Acambaro in central Mexico. It is dated to 400-100BC. As noted earlier in Oaxaca, the flattened head is a sign of high status (ouch!).

This little dog from Colima state dates from 300BC-600AD. Dogs were domesticated for food in ancient Mesoamerica. I don't think I'd try eating this one!

Alexander the Great defeated Persia in 331BC. 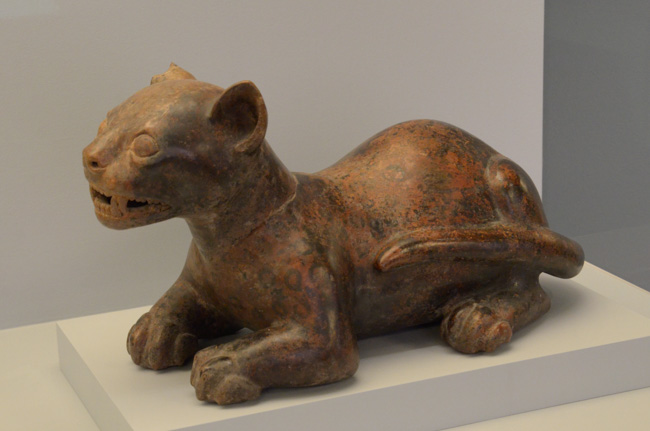 The capital of the Roman Empire moves to Constantinople in 330.

A Zapotec rain god from the same period. Rome was sacked by the Visigoths in 407. 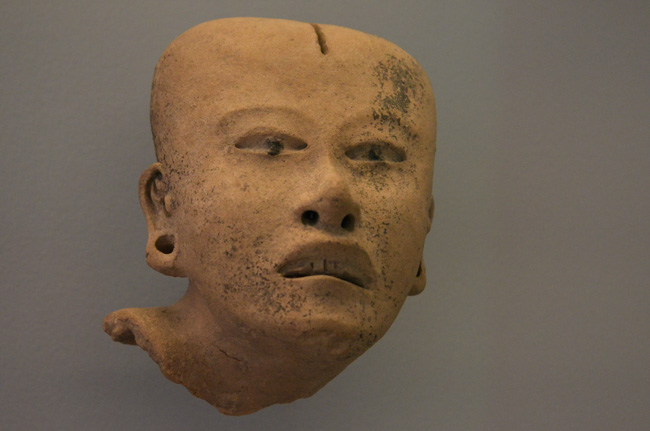 I really liked this head. It is from Veracruz, 200-900AD. As I recall it was in a display with other heads, all of which had slits here and there. 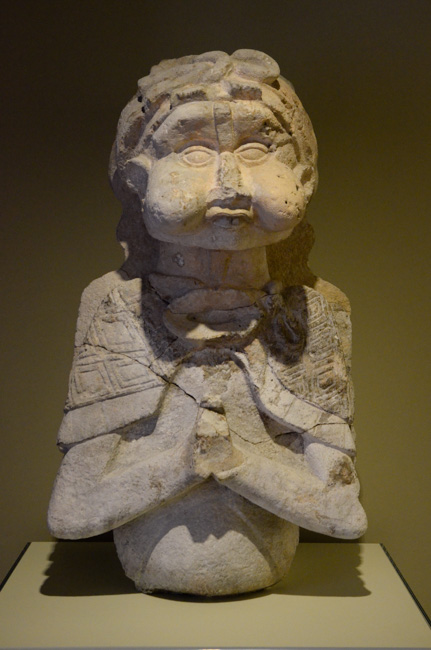 This carving with chipmunk cheeks is from the Oxkintok area of the Yucatan. It dates from 800-950AD. Similar figures were used as decorations for columns.

The position of the arms is related to praying in other Mesoamerican areas, but this is not typical where this was found.

Alfred the Great became king of a united England in 871.

This display represents a typical tomb with grave goods arranged around the deceased, who is indicated here by the dark outline.

The picture doesn't do it justice. It was a striking installation.

This whimsical bench in one of the museum's courtyards shows that its not all about Pre-Columbian art.

Not sure I'd feel real restful sitting here!

I loved this modern wall of glass blocks with Olmec heads!

This museum was worth much more time than the hour or so we had to spend.