We spent our first day orienting ourselves to the historic district and locating two essentials: ATM & laundry. 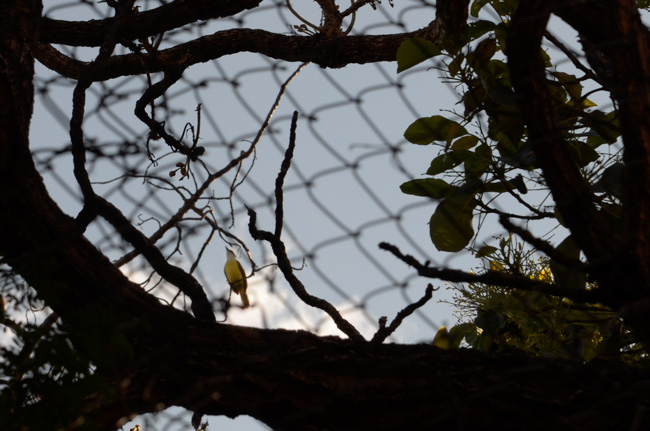 A noisy yellow breasted chat made its winter home in the back garden of the Casa Canzatti. (Warning: during testing the link for the chat loaded very slowly in Internet Explorer 11, but not in Chrome or Firefox. Go figure.)

We HEARD plenty of birds in our travels through Mexico, but SEEING them was a different story, so this is my sole bird picture. 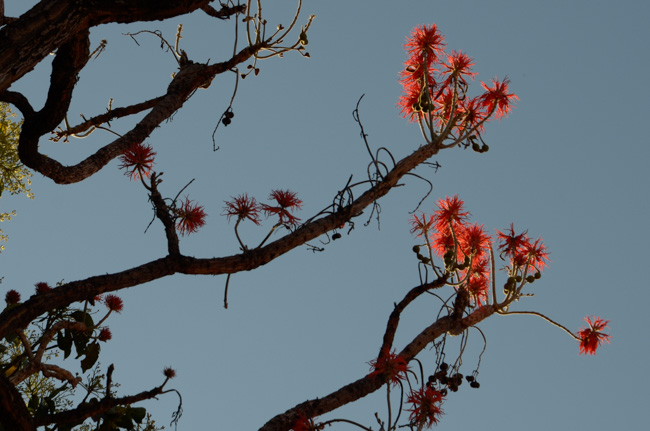 The garden also hosted this tree with spiky red flowers: probably an Erythrina americana, or coral tree. There was a black squirrel feasting on the flowers as I ran to get my camera. Of course it had moved on by the time I came back. 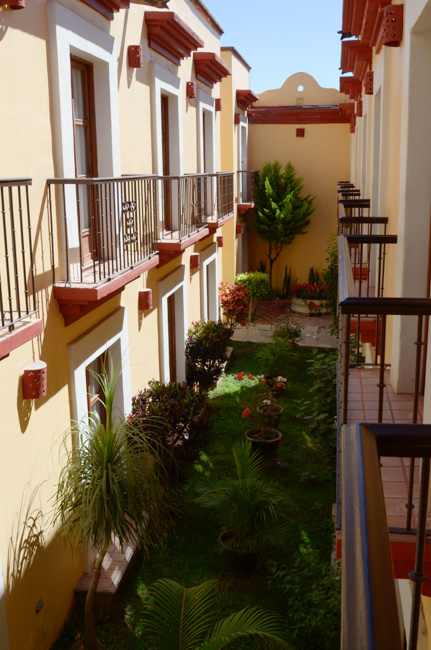 Our room, the farthest room from the only exit, overlooked another garden. That became significant when we were treated to several earthquakes during our stay! None required evacuation.

The room's AC unit had two settings: on and off. We used it one night (brr). Otherwise we opened the French doors onto the small balcony and allowed the night breeze to cool the room down. The glass curtains kept out the mosquitoes. 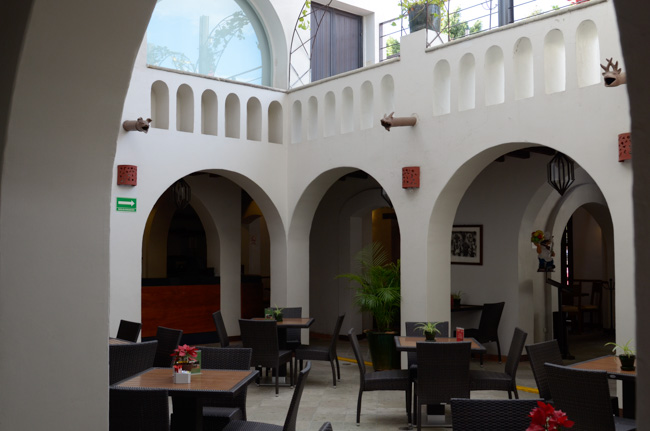 Bedrooms opened onto gardens. The primary dining area occupied a roofed patio. An enclosed dining room on the other side of the loggia featured large windows and French doors. The hotel embraces the mild Oaxaca climate.

All Oaxacan restaurants, including the hotel, offered nifty stands designed to hold purses, backpacks, cameras, etc. They beat hanging something over the back of a chair where it could be snatched or rifled by a pickpocket. Beatriz, our trip "mother," ensured we used them!

This popular restaurant was next to the hotel. The design of fish swimming toward the door and fish skeletons coming out the other side gives a clue to its specialty. Alas, we were too cowardly to eat there as it wasn't on our "approved" list.

Our exploration of the city led us to the Zócalo, the main square, where we settled into a restaurant overlooking the action.

Crowds of locals and tourists enjoyed the shade, street musicians made the rounds, and vendors offered a variety of tourist goods. We observed one extended negotiation over the sale of a hammock.

We met the rest of our group that evening for dinner at the hotel restaurant. Throughout our stay in Mexico we enjoyed traditional local cuisine. 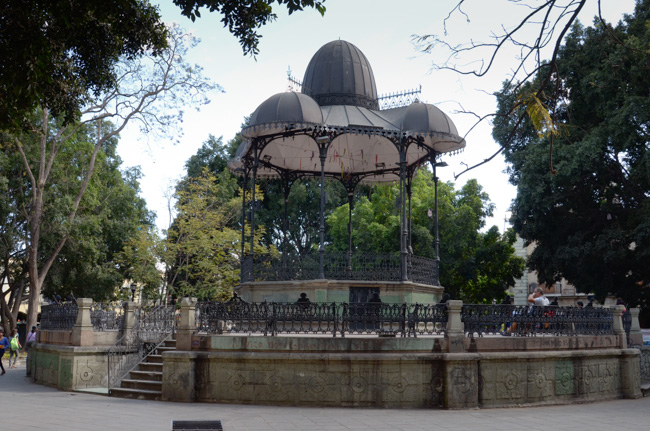 An ornate bandstand graced the square, but we never saw anyone using it. 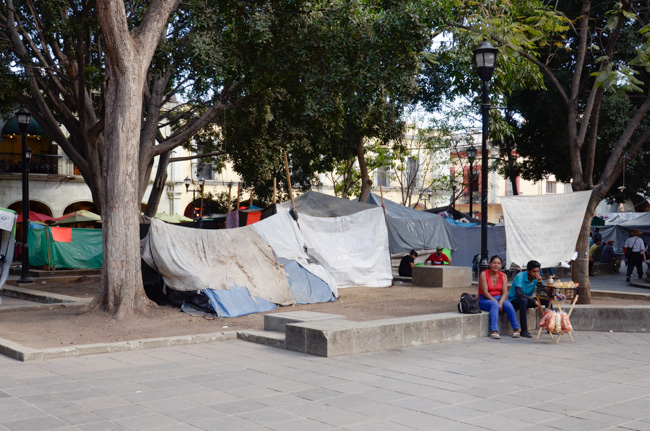 Another side of civic life was in evidence on the far side of the square. The zocálo is the traditional site for organized protests. In 2006 and 2016 there were major strikes by the teachers' union. We couldn't tell what grieved these folks. They displayed signs asking for reparations and the intervention of the United Nations, but that wasn't terribly specific. Apparently they had been living in this tent city for some eight months. 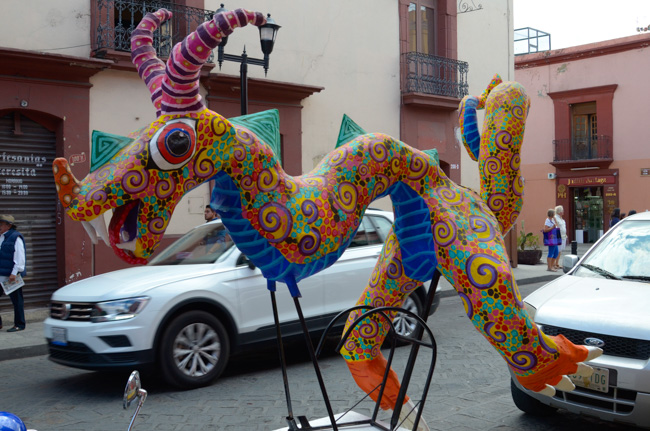 We wanted a souvenir of Oaxacan textiles. A ski club friend, who had been on the advisory board of the Washington Textile Museum, recommended some places to check out. The Oaxaca Textile Museum shop had some drop-dead beautiful pieces of embroidery, but they were in three-dimensional mounts and we have no available horizontal display spots. Other places she recommended had nothing that suited.

MARO, a women's cooperative, lured customers with out-sized creations displayed on the street. It was more touristy than the high-end places, but I later returned for a hand-woven blouse selected from a wide variety of offerings.