Here are my favorite artifacts from the Art History Museum. I left before the group got to the paintings, which was fine with me. These are the type of things I like best anyway.

The descriptions are either from the museum web site or elsewhere on the web. I will often take pictures of labels, but for some reason I did not on this visit. 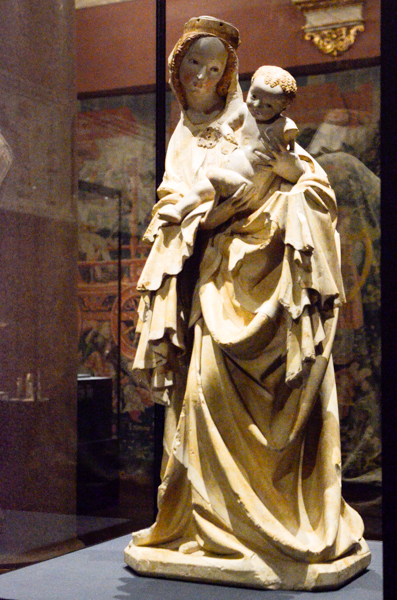 This Madonna with Child of carved and painted limestone is from the late 14th century. The naturalistic form and folds of the robe are breaking away from medieval art conventions. It is called the Krumlov Madonna from the place that it was found. 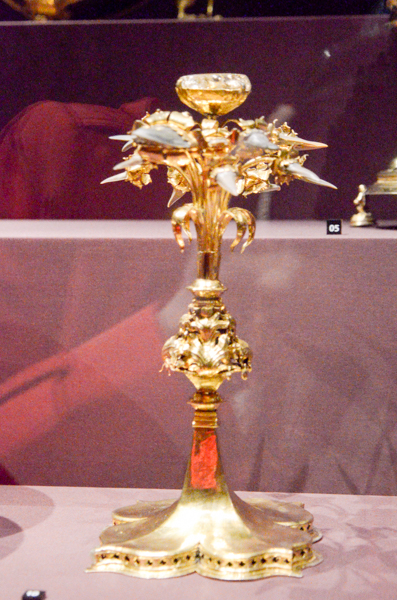 This object is a credenza shaped like a tree or bouquet. Such items were esteemed in the Late Middle Ages, because the grey points on the "flower heads" were considered to be adders' tongues. The tongues of snakelike dragons had magical powers and the ability to detect poison in meals and drinks.

The danger of being poisoned at princely banquets was real, and so utensils having "adders' tongues" were put near the dishes on the sideboard. Dare la credenza ("to give credence") was the Italian expression for this. In due course the term "credenza" became established for the adders' tongues stand as well as for the sideboard on which it sat. The adders' tongues are in fact fossilized shark's teeth.

The crystal on top was also felt to provide protection against poisons. 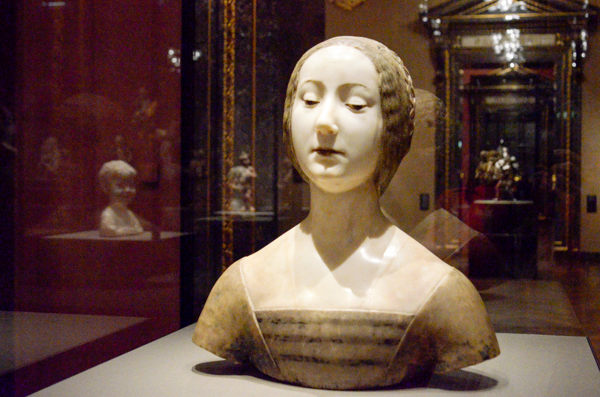 Francesco Laurana created a number of female busts whose strict stylization continues to exert a puzzling attraction. Only on the Vienna bust are traces of the original polychromy preserved. Due to the great similarity of the bust with a surviving depiction of Laura, the legendary love of the famous scholar and poet Petrarch, it is possible that this is her likeness. 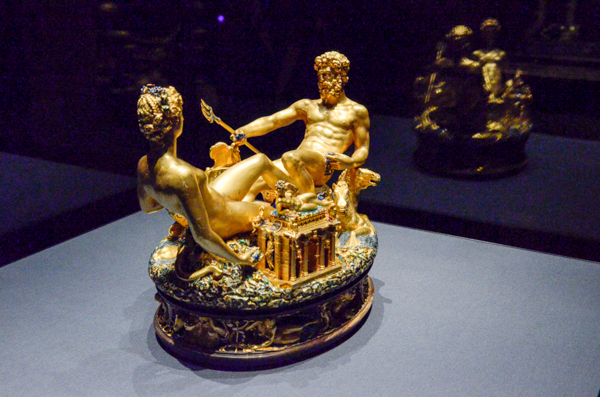 This salt cellar by Benvenuto Cellini was stolen and later recovered. It's a great story. 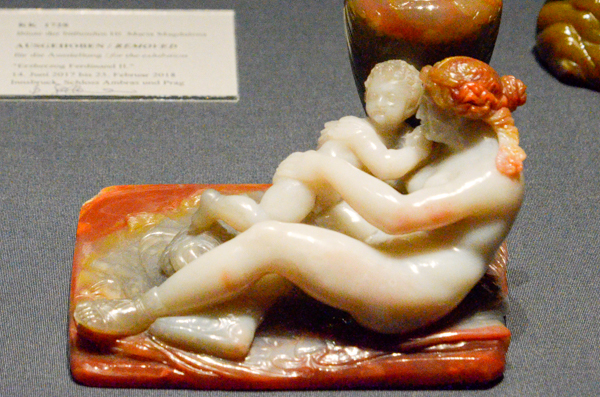 Can't find a description of this online, but I was fascinated by how the carver used the colors in the stone to define his (or her) work. 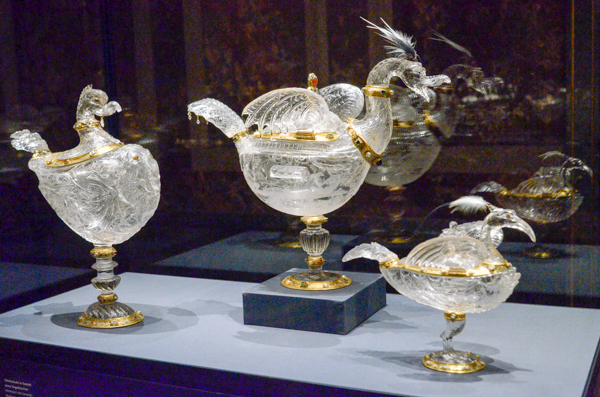 A set of centerpieces in the shape of birds. Saracchi Workshop, 16th century. Rock crystal and heron feathers. 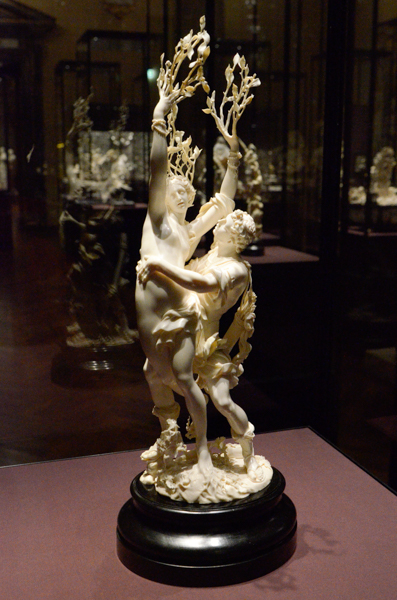 In his Metamorphoses, Ovid tells of the nymph, Daphne, whom Diana saves from Apollo's amorous advances by turning her into a laurel tree. Jacob Auer's starting point was Bernini's celebrated marble group.

The smooth perfection of the two bodies and the elaborate carving of foliage and draperies emphasize the decorative virtuoso qualities of this show-piece that perfectly documents the artist's ability to transcend the tusk's natural form. Various 17th and 18th century travel diaries single out this group from the host of ivory works in the Imperial treasury.

It was carved from a single piece of ivory. 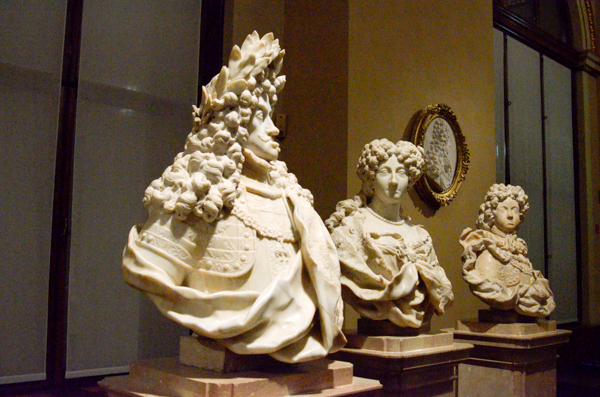 There was a collection of sculptures of Leopold I and some of his family.

The undershot jaw that Leopold has is a family trait called Hapsburg jaw. The Hapsburgs were inbred and a number of genetic problems resulted.