Across Europe in Luxury
Melk

Our first stop in Austria was Melk Abbey. Although sumptuous Baroque architecture is not my cup of tea, the Abbey Museum was one of the high points of our trip. It is difficult to describe, but the design and presentation of the exhibits blew me away.

Like many other places that we visited, the posted information was primarily in German. I was surprised at how much I remembered.

At present most of the Abbey complex is dedicated to a secondary school. It was a pioneer in offering co-ed Catholic education. 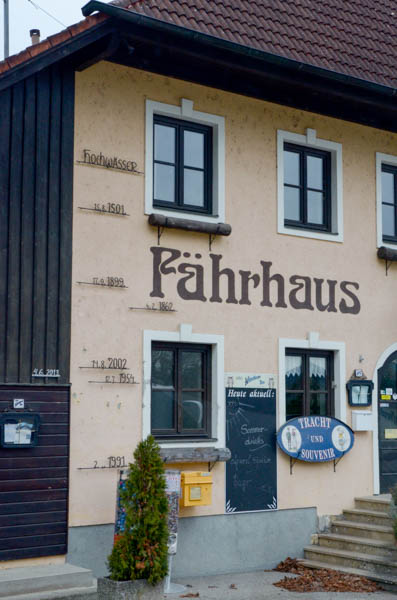 The Danube has been rerouted at Melk. The river used to run right under the abbey, but at some time in the past a decision was made to change the channel. There are now three channels: the main channel, the "Danube arm," a navigable channel that comes right up to Melk, and the "Altarm.". Rivers move of their own accord and in the past the Danube was notorious for its numerous confusing channels, but it is now "managed."

Our ship docked in the main channel next to this ferry house. The markers indicate high water. The top one is from 1501 and the most recent is 2013 (in white on the dark siding).

The abbey occupies a bluff high above the town. It was established in the 11th century, but the current buildings date from the 18th. Major renovations in the 20th century were financed by the sale of the Abbey's Gutenberg Bible. 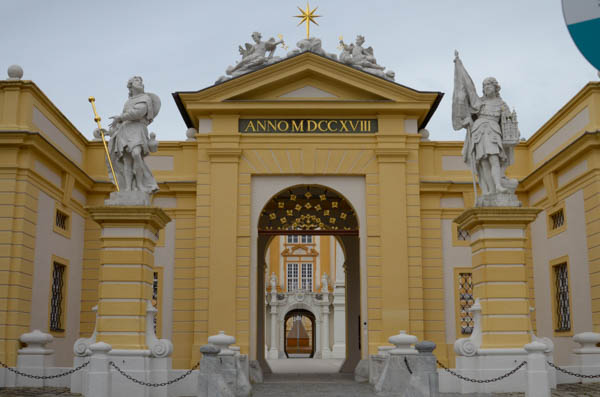 The main entry leads from the plaza shown above into the various courtyards. 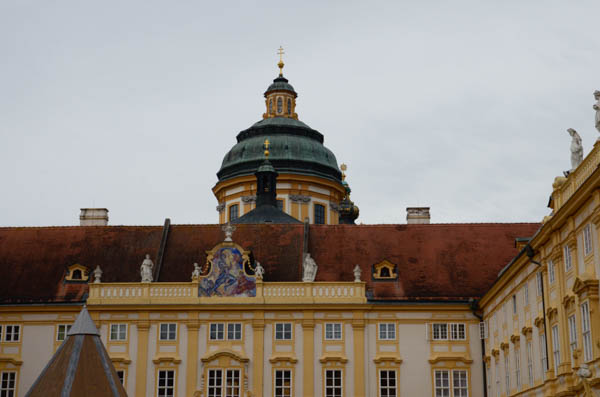 The view of the great dome from the Prelate's Courtyard. The colorful paintings in the parapet are modern. I forget what necessitated overpainting whatever was there before, but our guide said that the decision was made to use modern art and a local artist. The artist's day job was as a dentist. I rather liked the paintings. 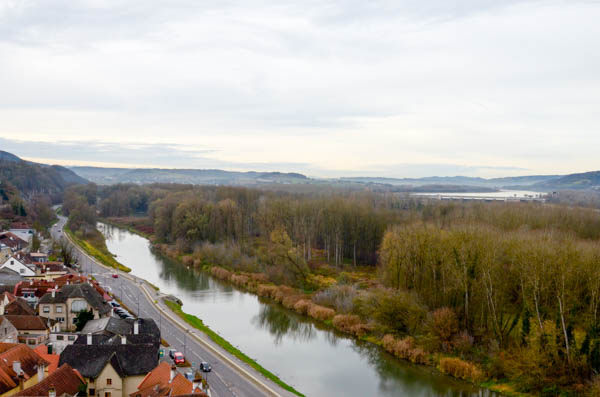 We were only allowed to take pictures outside the abbey. This is from the terrace overlooking the original river channel. The rerouted main channel can be seen in the distance. The town of Melk is below. 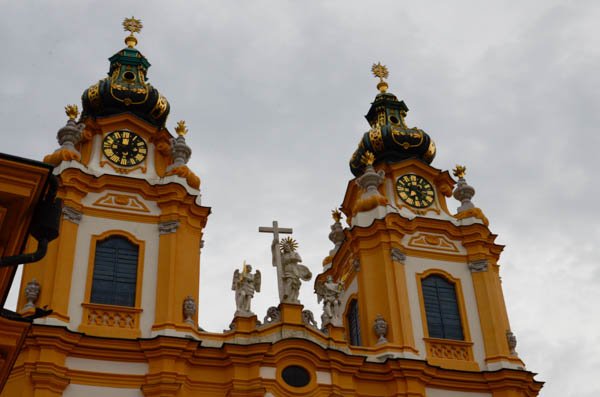 The towers of the abbey church.

From the terrace we visited the abbey library. It has an extensive collection of books focused, we were told, on science. Not what you expect of an abbey, but why not? Scholars of various types come to do research. 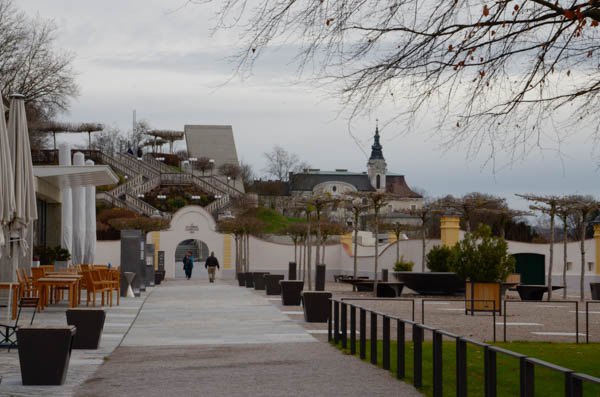 The plaza outside the monastery has a lovely garden and outdoor cafe in the summer months. During the off-season the monastery only allows group tours so most of the tourist facilities were closed. We were there at the same time as a Viking Cruises group, but the place is organized such that the two groups didn't interfere with each other.