Across Europe in Luxury
Amorbach

The original plan was for us to have free time in Miltenberg to shop & explore, but more cold rain was forecast. The excursion staff changed the program to an indoor experience -- visiting the abbey at Amorbach. I imagine they scrambled to line up guides and schedules. That ensured that the rain would stop before we reached Miltenberg. Never mind, Amorbach was interesting and we're not shoppers anyway. 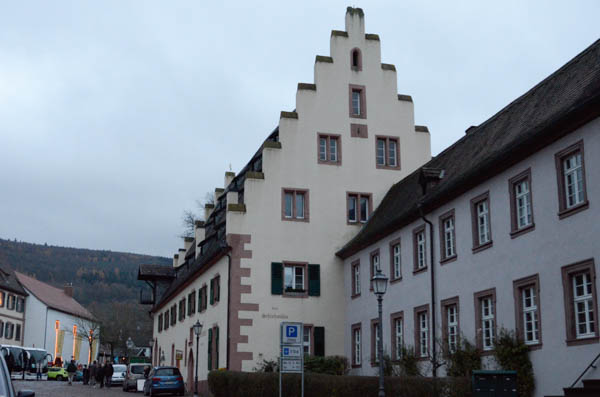 We reached Amorbach before the local guides were ready for us so we whiled away time in the Cafe Schlossmühle where we found the tables set with a yummy variety of cakes. When coffee, tea, and hot chocolate appeared, all the requirements were met for happy travelers.

After we couldn't eat another bite, Jim & I walked around town until we were scheduled to join our guides. 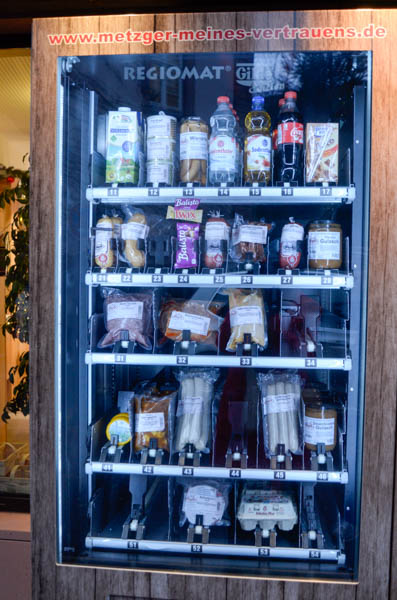 This vending machine adjacent to a butcher shop had great selections. In addition to drinks (milk, Coke, fruit juice) there were many different types of sausage, ground beef, sauerkraut, cheese, eggs & chicken "steaks." No worries about running out of supper supplies after closing time!

The abbey was founded in the 8th century. The church dates from the 12th century, but was completely refurbished in the rococo style. The sandstone facade was grafted onto the original Romanesque towers at that time. 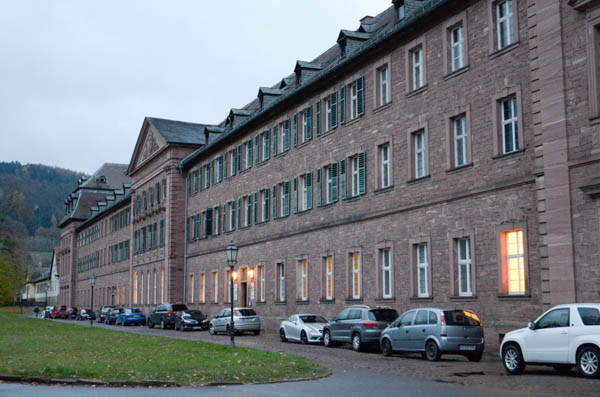 Napoleon secularized this abbey like so many others and gave it, along with all its lands, to the Princes of Leiningen in compensation for the loss of their lands that ended up in France.

The various buildings are now used for offices and a conference center as well as the home of the Prince and his family. Check the link to see how you too could live here!

A disinherited scion of the Leiningen family is recognized by the kooky Russian Monarchist party as Nicholas III, pretender to the Russian throne! If you can believe Wikipedia. 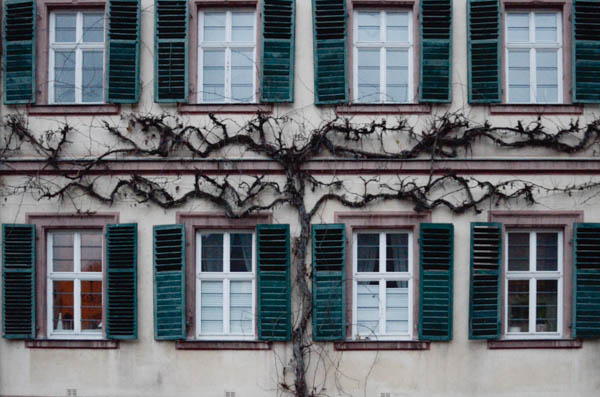 Courtyard side of the "residence." Cool espalier. 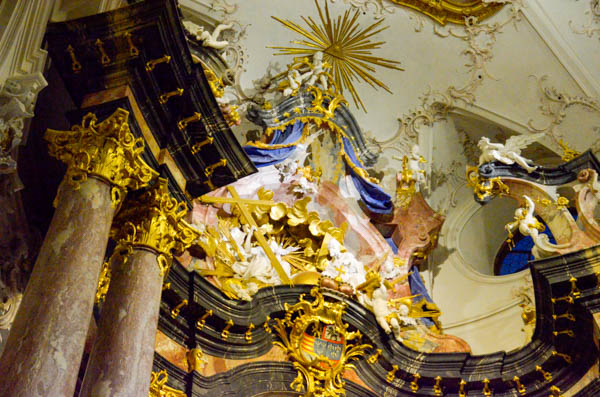 Rococo indeed! This is above the altar in the church.

The Princes of Leiningen are Protestant, so they gave the church to the Protestant parish and it remains Protestant today. The Catholics had to build a new church nearby. 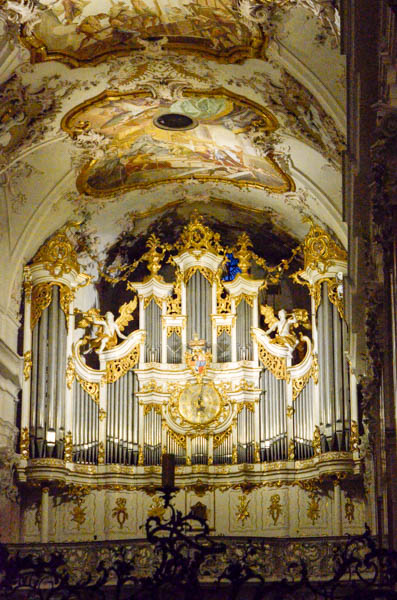 The organ was built in 1776-1782 by members of the Stumm family. This dynasty was active through seven generations from c. 1717 to 1906, but the only detailed discussion that I can find online is in German.

It is one of the largest remaining Baroque organs. Although additional ranks were added in the mid-19th century, the original workings remained unchanged into the 20th century. It was reconstructed in 1982.

The clock in the middle of the pipes is an unusual feature. 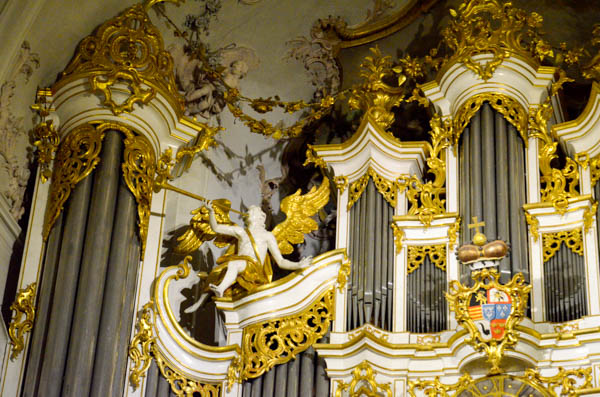 The most important part of an organ is its sound production, but design and implementation of the "packaging" is also important. This one is over-the-top as befits the Rococo style.

One of the rooms included in the tour was the green hall. It was a nice room, but what really struck me was the stove used to heat it. Similar stoves appeared in most of the palaces we visited, but this is the only picture I got. Metal construction, rather than ceramic, is unusual. Servants feed the fire from outside the room to keep dirt and other detritus away from the living quarters.

This hall is used for concerts and receptions. 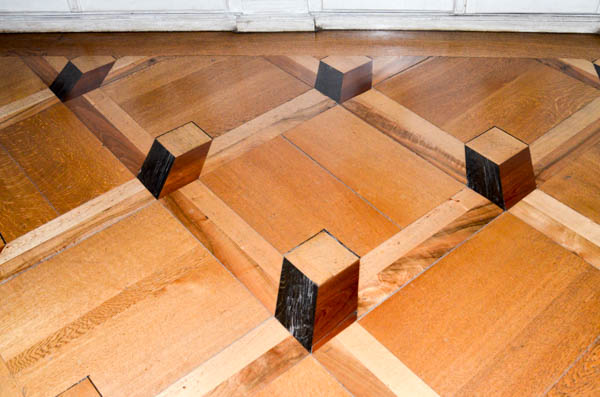 The library once held a renowned collection. It still has a lot of books, but the ones that I examined were bound copies of English tabloid. The remaining original books have been taken elsewhere.

The room was beautiful, but what interested me the most was the floor. Its visual effects could mess with your mind.