Across Europe in Luxury
Amsterdam-Rijn Canal

We returned to the ship for lunch and our departure on the European waterways. 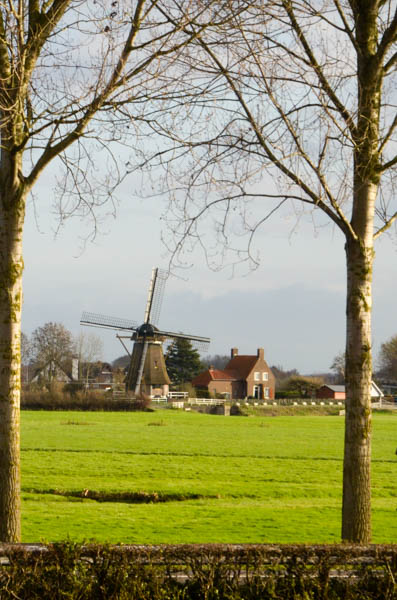 I hadn't expected to see any traditional windmills on our voyage, but there were a couple. They pump water rather than grind grain and most have been replaced with modern pumps.

The Dutch countryside was more beautiful than I thought a flat-as-a-pancake landscape could be. Even this below-sea-level waterway was higher than the adjacent land.

The canal was crowded with freighters and the occasional cruise ship.

Except when passing each other, the ships kept to the middle of the canal, only moving over to prevent collisions. I expect that has something to do with the effects of the wake on the canal banks.

Several of us spent a significant amount of time on the upper deck watching the scenery go by although it was cold and windy. This was the only windy day that I recall. All those windmills rely on something!

We raced stalking rain clouds. They made interesting contrasts of sun and shadow.

I discovered that the wind was less on the prow of the ship than on the sun deck and decamped for a more sheltered location. 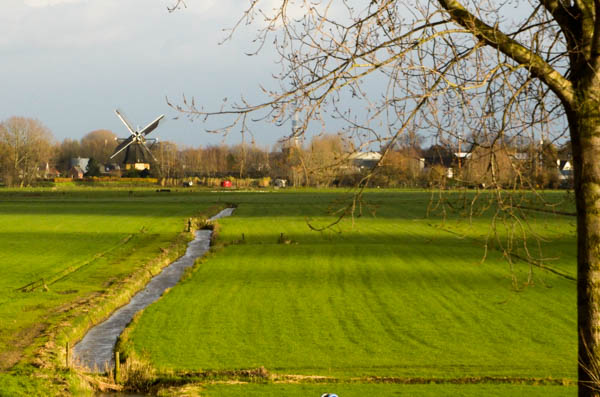 Another windmill with a drainage ditch. These mini-canals had sluices to manage the water flow.

The grass was lush and green. We frequently passed herds of cattle and sheep. 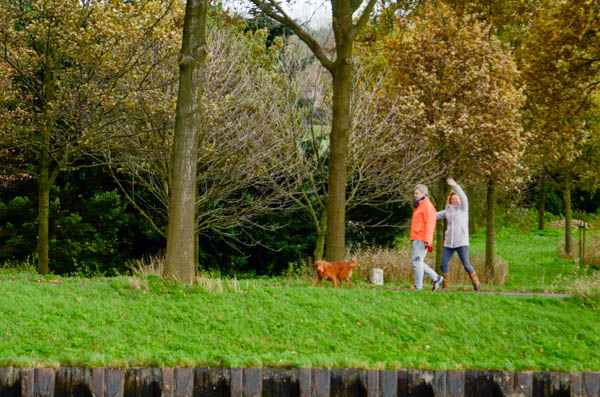 The canal was lined with trees and a walking path along its entire length. As it was Saturday we frequently saw folks out walking, running or cycling. 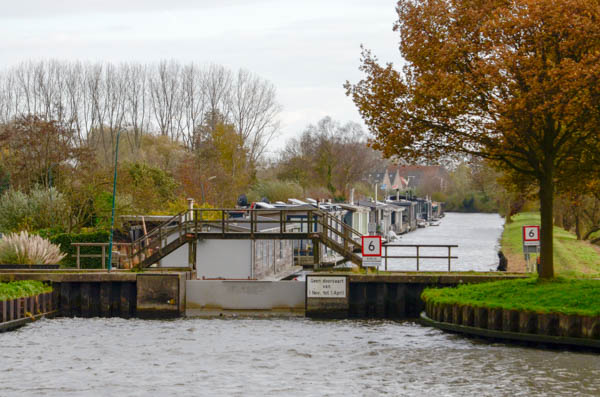 The sign says "no passage between 1 November and 1 April." I suspect that the water level in the main canal is too high during the rainier winter season to allow access.

We didn't see many container barges. Later in the trip we had a lecture on canals and other waterways and learned that historic bridges limit the height of the boat transport to two containers high as shown here. This has moved most of the container traffic onto the highways. 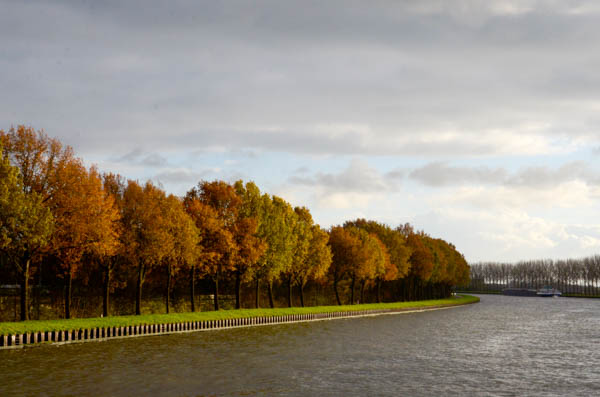 Although we were too late in the season to see much fall color, in some places early in the trip there were leaves still on the trees. This happened less and less as the days went on and we climbed into higher altitudes. 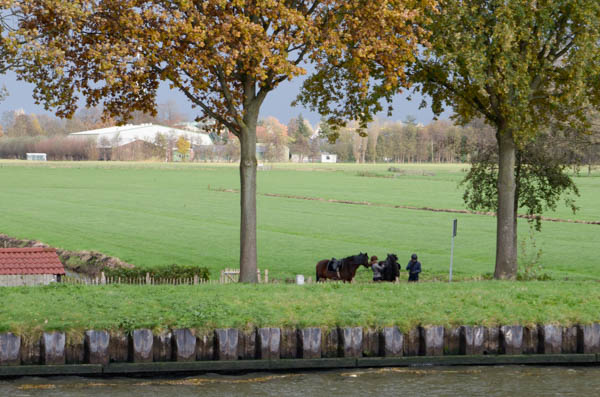 Of course I had to take a picture of every horse that I saw. These folks were engaging in some tack repair in the middle of their Saturday hack. 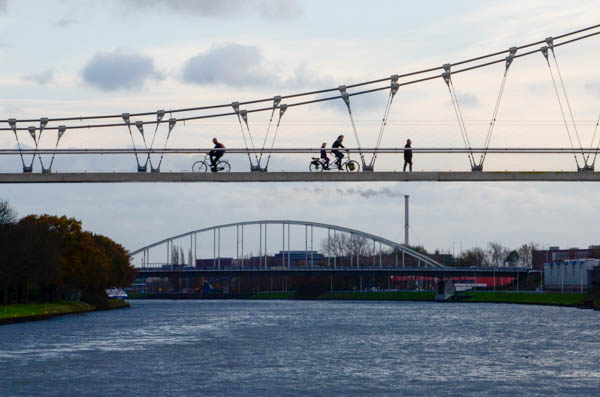 Another fun sight was the bicycle-built-for-two crossing the canal. This was the first one I have seen with a smaller seat for a child.

The tandem bike was the original logo of my long-time employer, Tandem Computers, so I collect pictures of them. I was amused by the comment on the Wikipedia entry at the link: "This article may contain an excessive amount of intricate detail that may only interest a specific audience." Yeah, we're geeks and proud of it! 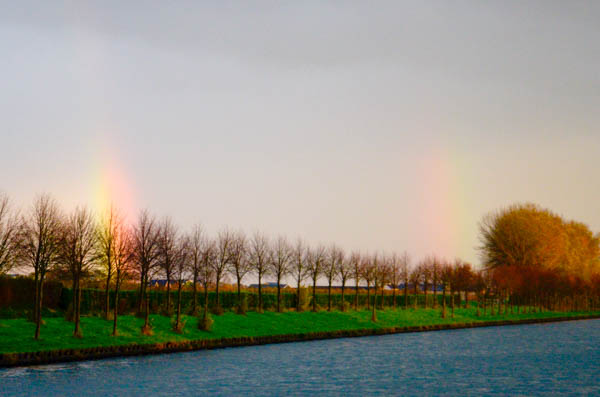 The threatened rain caught up with us, but to apologize for driving us all inside, it brought this double rainbow.

Several of us wanted to see our first lock. One guy was even tracking our progress on his computer to see when we would get there. Alas, not until after dark. No matter, we would pass 69 locks on this journey and I was able to get pictures of several -- just not the first.