Christiane invited friends to join us for Sunday dinner: Lyonnais sausage cooked with pressed grapes. I got to show off my new cooking skills while Christiane was at church by sweating shallots for the beurre d'echalotes that would form the base of the sauce. Oh, the pressure! Carl, Jim and I were also responsible for peeling potatoes and setting the table for the guests.

Christiane's friends Bernard and Marie-Berthe brought a killer appetizer made with tapenade, in honor of our recent visit to Provence, and a dessert cake with salted caramel. They were joined by their daughter, son-in-law, and grand-daughter. Annie, whom we had met at the market the day before.

The sausage and grapes are ready to go. Just add wine and simmer for an hour or two. 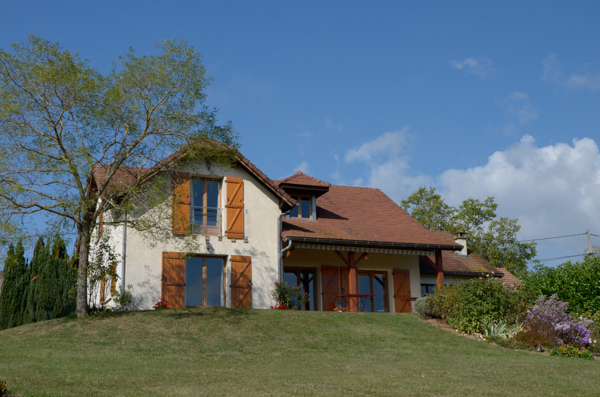 While the sausage was simmering and the shallots were sweating, I took more pictures.

This is the back of Christiane's house.

Many years ago we had American friends who worked in Geneva. They built a house in France (Switzerland was too expensive), and had to argue with the builder to put in an open floor plan. "That's not the way we do it in France," he said. Others in the same subdivision, however, saw their house and started to demand similar layouts for their houses.

Christiane's house had an open floor plan. It is not that far from Geneva. I think it's less than thirty years old. I wonder if there was some kind of ripple effect? 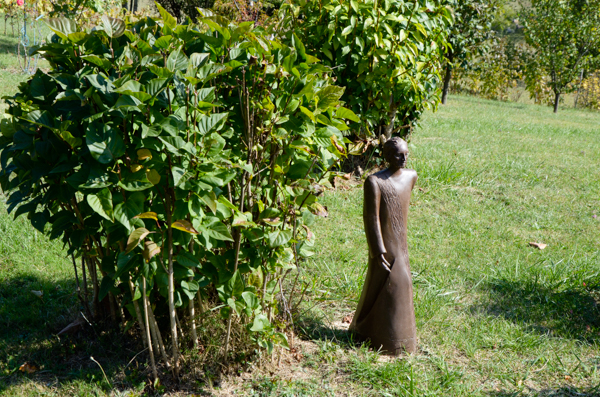 One of Christiane's sculptures has found a home in the garden. 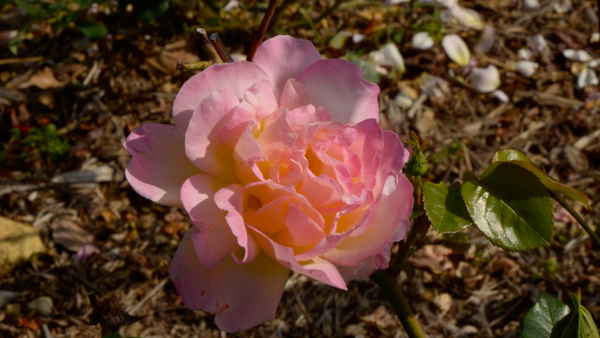 Of the many ornamental plantings she had put in after buying the house, the roses were the ones that were still hanging on, unlike the rose garden in Lyon. 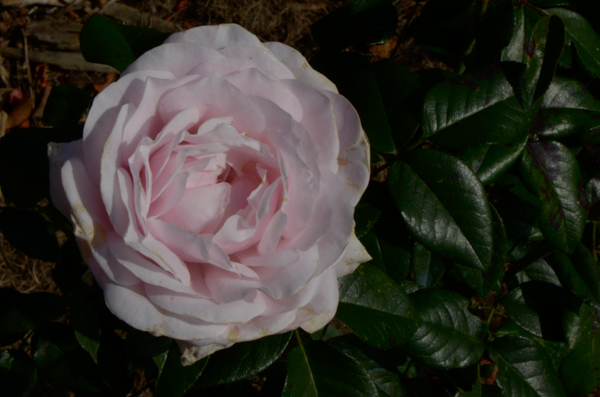 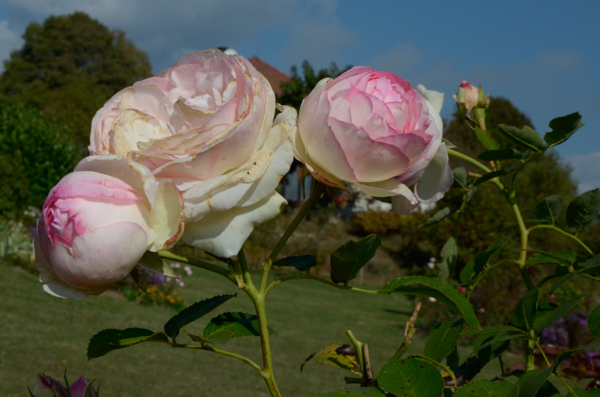 There were more, but enough is enough. 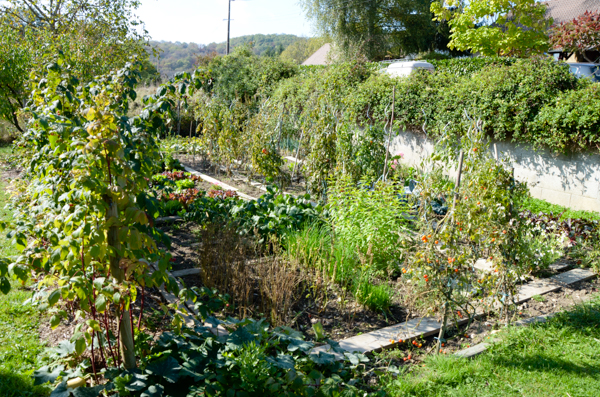 In addition to the ornamental plantings and the fruit trees (I enjoyed many late-season apples), Christiane also had a vegetable and herb garden. The tall bushes on the left are raspberries. Every time I passed I had to graze a bit. When we had a salad for dinner, she just harvested a head of lettuce.

Carl said that sometimes he would try to entice her on vacation only to be told that she couldn't leave her garden.

France is lucky not to have the white-tail deer plague. I was envious to see this garden and even more so when we returned home to find that the deer had done in what was left of our garden. I've made a resolution that we're moving to containers on the 2nd story deck for veggies from now on. MAYBE that might be safe from the deer!

The guests arrived and we had a wonderful time together. The food was, of course, delicious and the company even better. Even though we don't speak French, everyone made a special effort to include us in the conversation. All those folks who gripe about the rude French need to get out of Paris!

In spite of the chilly weather, it was pleasant to have coffee following the meal in Christiane's back yard. 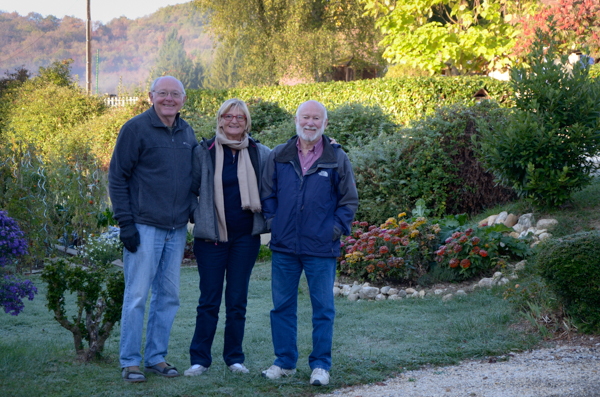 We arose early in the frosty morning for our return home. Carl & Christiane drove us to the train station where we caught the SNCF express to Geneva. After lots of research, Jim had finally been able to find an American credit card that could work with a chip-and-pin kiosk. This enabled him to buy tickets at this unstaffed station.

What a thoroughly delightful visit we had! 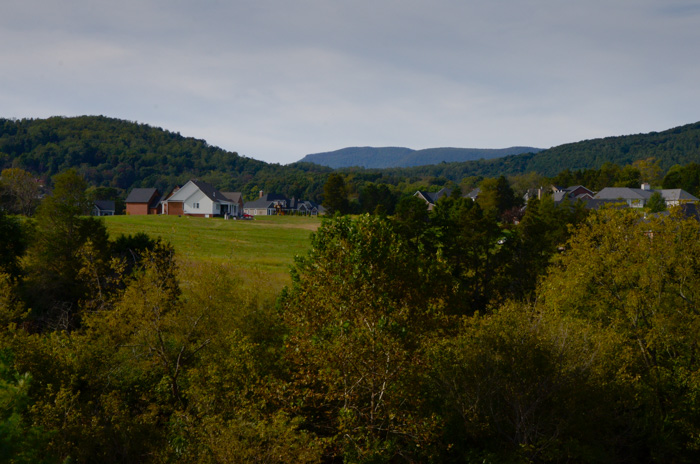 As usual, however, we are happy to be home.

Rockbridge County has many more beautiful vistas, but this is the one we love the most -- from our back deck. We may not be able to see Mont Blanc, but we have three iconic Lexington landmarks: Woods Creek winding through the trees in the foreground, the Brushy Hills in the middle ground, and the two House Mountains in the background.