The next morning we visited Châteauneuf-du-Pape for wine tasting. This was the location of the summer palace of the Avignon popes, who were notable lovers of fine wine. 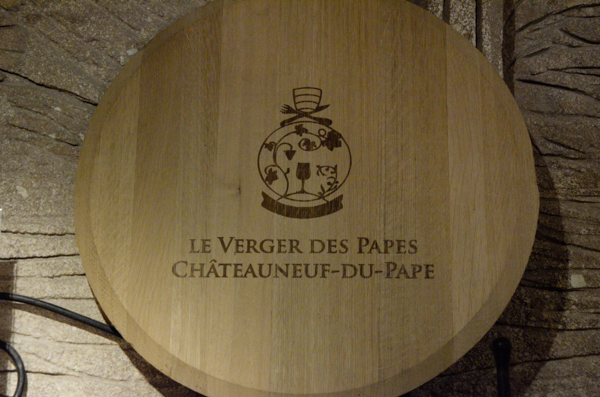 Our first stop was the tasting room at Le Verger des Papes (the orchard of the popes). Early morning wine tasting makes me feel pretty dissipated, but there were plenty of spittoons available to limit the alcohol consumption to the bare minimum.

The tasting room was an ancient Roman wine cellar, which added a nice touch. There are some good pictures at the link. 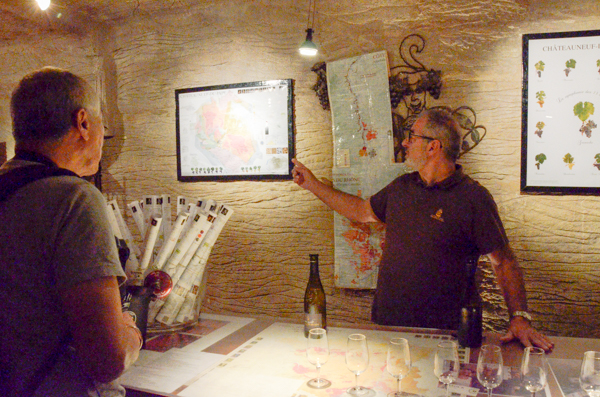 Our host was knowledgeable and personable. He explained the thirteen grape varieties allowed for Châteauneuf-du-Pape wines and how different vintners may use one or all of the varieties depending on the desired result. 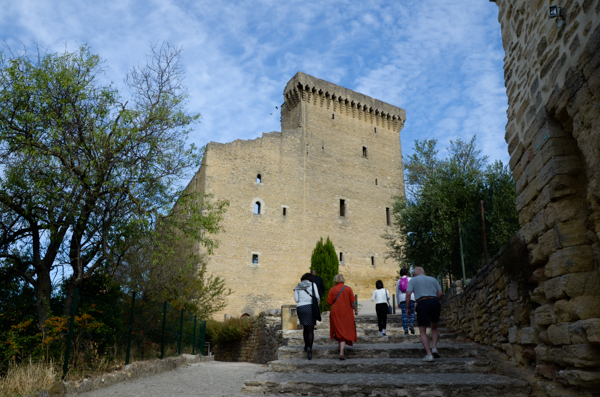 After the tasting we hoofed it back up the hill to the ruins of the château and an unexpected pleasure. 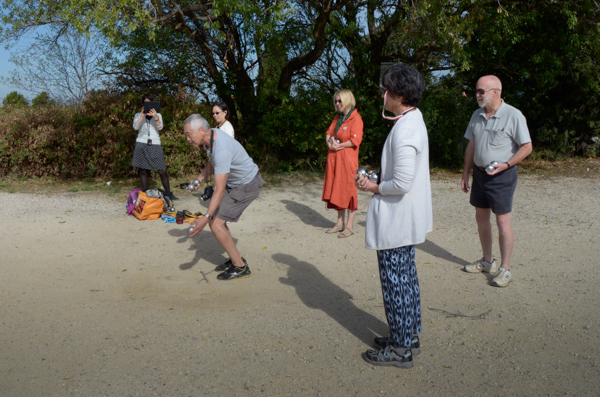 Agathe had somehow collected enough pétanque sets for all of us. The highlight of the morning became a hotly contested Provençal game of pétanque.

Shown L-R are our guide Agathe (hiding behind an iPad), Kent (about to toss one of his balls), Marilyn (almost hidden by Kent), local guide Lea, May, Kent's wife, and Jim.

We became part of the attraction for the various tour busses that visited the Pope's summer palace that morning. Moreover one of the local town workers drove by and stopped to give a demonstration of his enthusiasm, if not his skill. 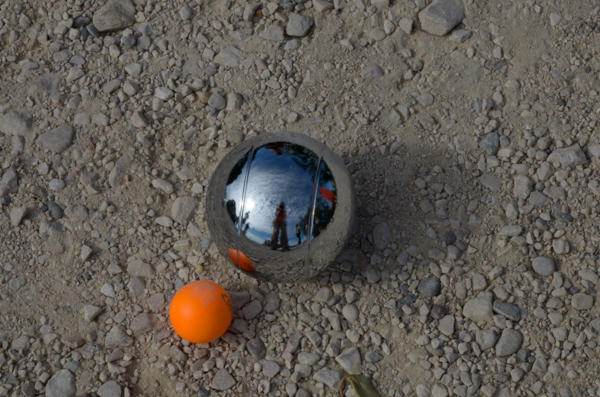 I didn't do particularly well, but I did manage to win one round. The idea is to be the closest one to the "piglet" or little ball that is thrown out first. 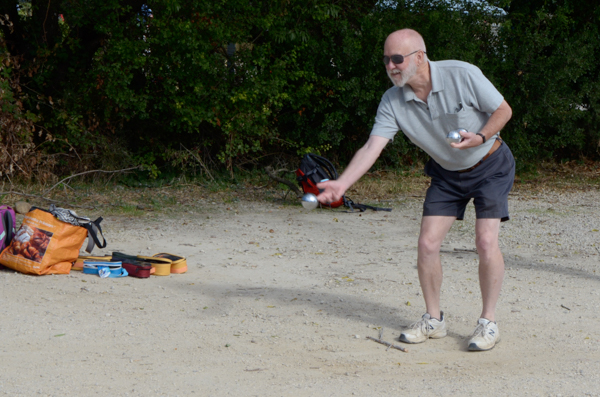 Jim is showing off his winning form. The overall winner was supposed to buy everyone a round of pastis, which is the traditional accompaniment to this game, but it turned out to be included in our meal. I've now had it and don't have to drink it again. 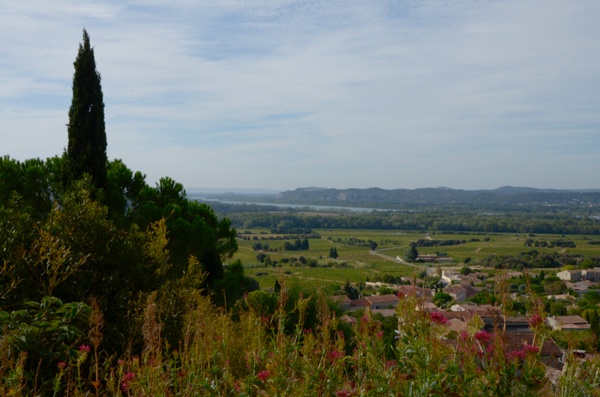 The view from the château, or summer palace, towards the Rhône, with Avignon on the far side of the river. This retreat allowed the pope to escape the hangers-on of the highly political court but still be close enough to conduct necessary business. 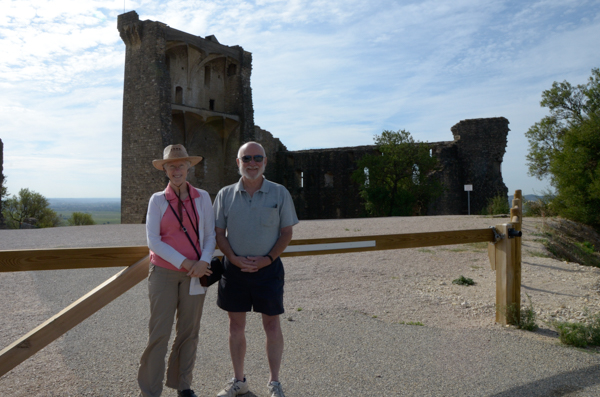 Jim & me in front of the château ruins. Thanks to Mouhi for taking the picture.

After our ballgame, we walked down into town for lunch. 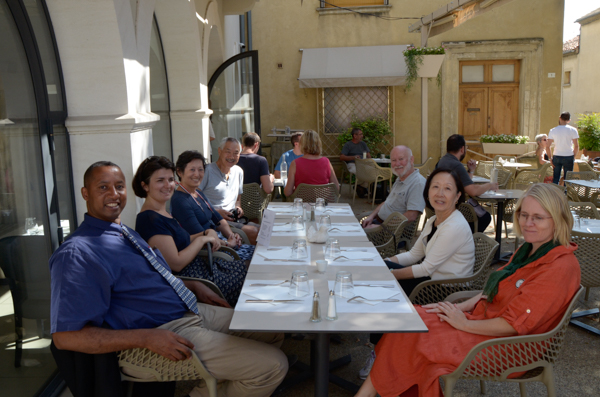 We was at a restaurant called La Mule du Pape. There must be a story there. (As I was updating this in 2019, I did find a reference to the Pope's mule in a story by Alphonse Daudet.)

One of the online reviews of the restaurant says: "service is slow, but who wants to rush a meal in Provence?!?" The food was tasty and Agathe's wine selection was, as usual, excellent.

Wine was included in all our meals (except breakfast) and it was uniformly good. French wines are not produced with such high alcohol as the wines in the U.S., so it was possible to drink a couple of glasses at lunch and dinner without feeling like a sot.

Besides, just try to find iced tea in France!