The Untamed North - 2016
The Golden Circle

After lunch we continued our exploration of the Golden Circle. 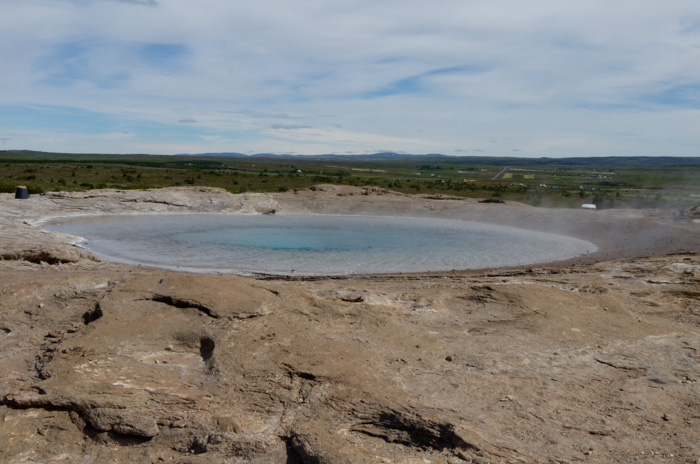 The English word "geyser" comes from the Icelandic word "Geysir," the name of this former geyser at the Geysir Geothermal Field. Geysir no longer erupts with any regularity, but very occasionally something, perhaps an earthquake, "wakes it up" for an eruption or two before it goes dormant again. 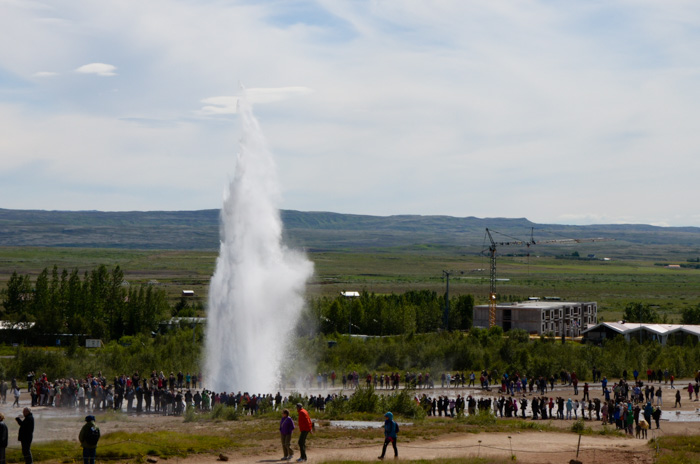 Strokkur is the Icelandic equivalent of Old Faithful erupting every 6-8 minutes. The height and duration of the eruption varies. During the time we were at the park, there was one eruption that was just a splash. Another time there were two eruptions very close together.

The park where the geysers are located is owned by the state, but the surrounding land is not. The landowner once tried to limit access to the geysers and charge admission. The state sued and the court ruled that a private citizen could not limit access to a national treasure. 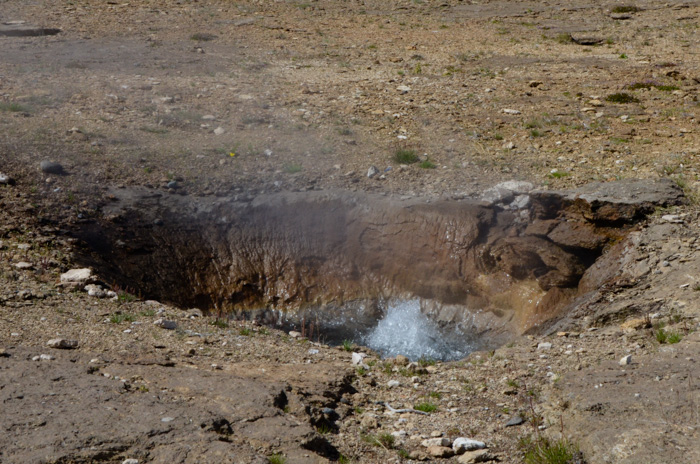 I was amused by this little geyser, appropriately named Litli, (although that may mean something entirely different in Icelandic) that was in a state of constant eruption.

There were many geysers and hot springs at this area, but our time was limited. 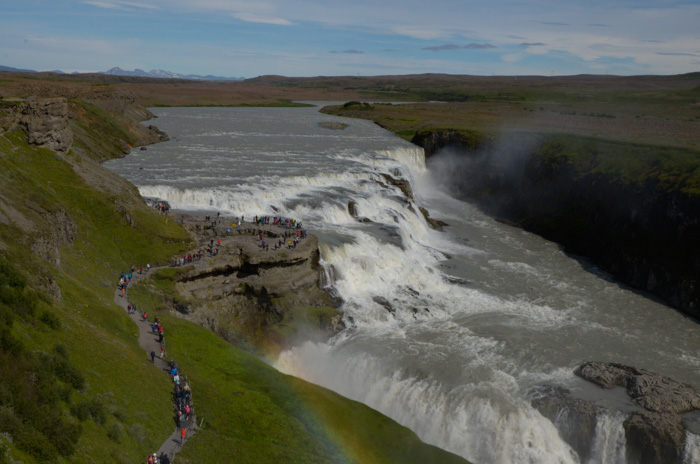 Our next stop was Gullfoss waterfall. This two-stage fall is very popular. It was once privately owned. The owner leased it to a power company, which planned to modify the cascade to produce hydro power. The owner's daughter led a fight to protect the waterfall. The legal suit went to the Icelandic Supreme Court where the daughter lost.

Eventually she and her backers discovered an irregularity in payments under the contract terms that allowed them to revoke the agreement. The unmodified waterfall produces more revenue from tourism than it would ever have done as a power source.

The narrow gorge makes it difficult to get a good picture of the lower cascade. Prof. Rob Dunbar, our Stanford faculty presenter, brought along a drone that flew into the gorge for fabulous pictures. 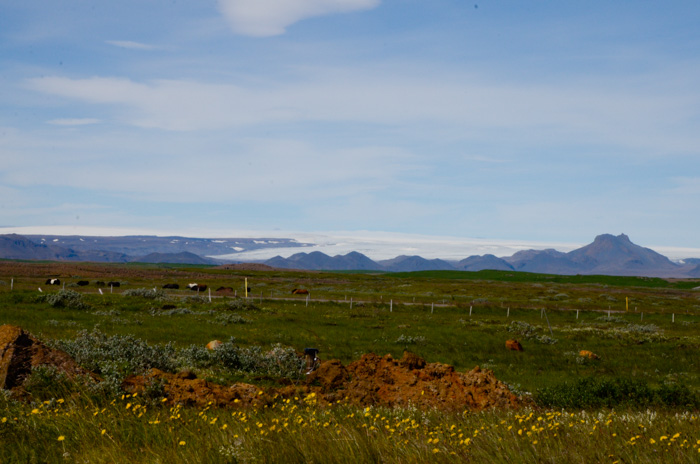 Longjökull, the second-largest Iceland glacier, is visible from the waterfall park. The center of Iceland is uninhabitable due to glaciers and desert conditions, but there are tours to visit the icy highlands. 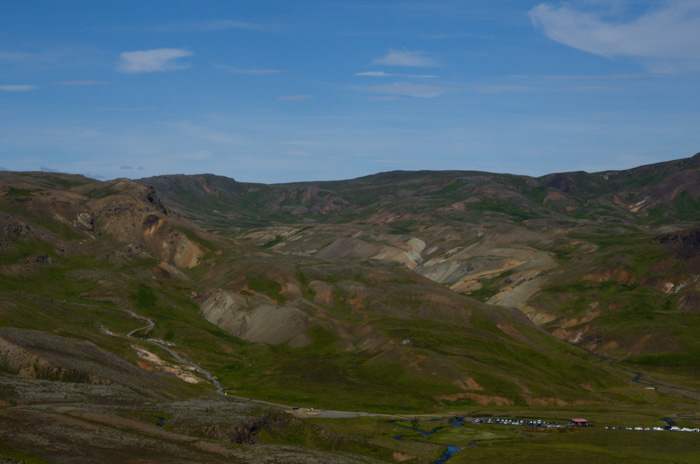 On our way back to Reykjavik we passed an area noted for hot springs. Our guide told us that people search the hinterlands to find an unknown spring, but word gets out and the once-secret spring becomes inundated. The numerous cars parked along the road and the well-beaten trail up into the hills indicate this is a well-known location. 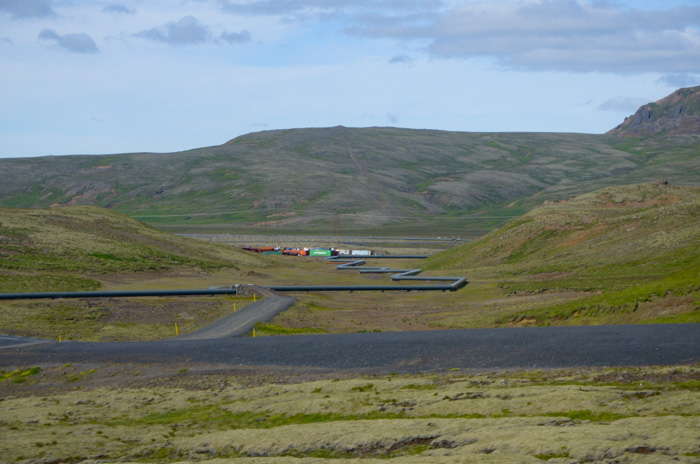 We learned in a 2015 trip to New Zealand that tapping into geothermal sources can have unexpected side effects. They are not really 100% renewable, at least in New Zealand. Perhaps the situation is different in Iceland. 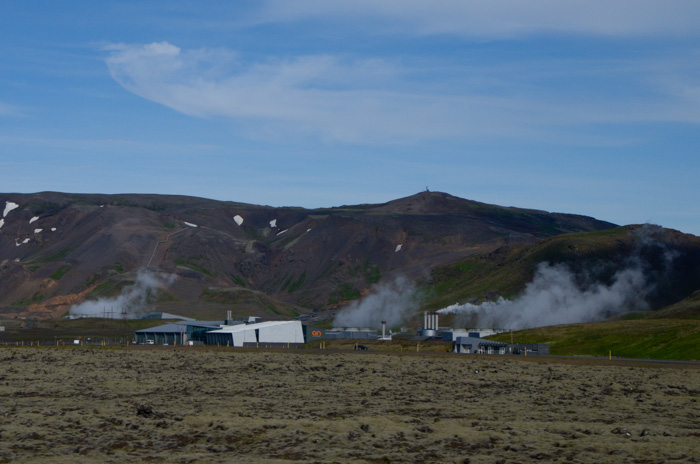 The plant fed by the pipes above.

Think three or four times before you throw away an aluminum can!

We arrived at the harbor after our grand circle and boarded our ship, the Sea Adventurer (since renamed Ocean Adventurer). Our bags were waiting for us so it took only a little while to unpack and settle in. Shortly thereafter we set sail.

The pilot boat ranged alongside to take off the pilot once we were out of the harbor. 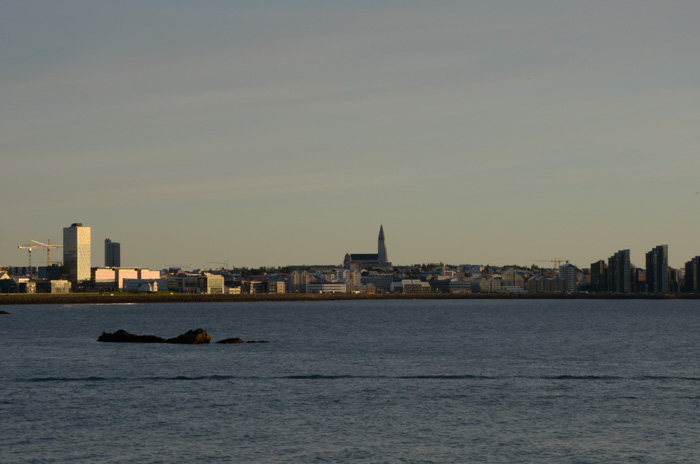 Our goodbye to Reykjavik.

The next two days we explored the Westfjords region of Iceland.