After leaving Vicksburg we drove to Tylertown, MS, for a brief visit with my Uncle Win and Aunt Juanita Cutrer. I was sorry that there wasn't time to call on my cousins in the Jackson area, but that will have to wait until the next trip. My aunt and uncle were getting up in years and I wanted especially to see them. As it happened, I'm glad we did because Uncle Win died the following December.

After visiting the Cutrers, we continued to Mobile for the night. We had made reservations at a Marriott Courtyard east of the city, but we didn't think we would ever find it. By the time we got there it was night and we drove around in circles looking for the right streets. After several phone calls and confused directions that assumed we knew the area, we eventually found it. The next morning, we decided to visit a military museum that we had passed in the night. It was almost worth getting lost!

The park that we had passed housed the U.S.S. Alabama battleship and a submarine as well as a number of aircraft.

It was well worth a visit. We had calculated how much time we could spend that would still allow enough time to get to central Florida at a reasonable hour (based on Google Maps estimated driving time). Google Maps lied big time, but we didn't have enough time at the park anyway. 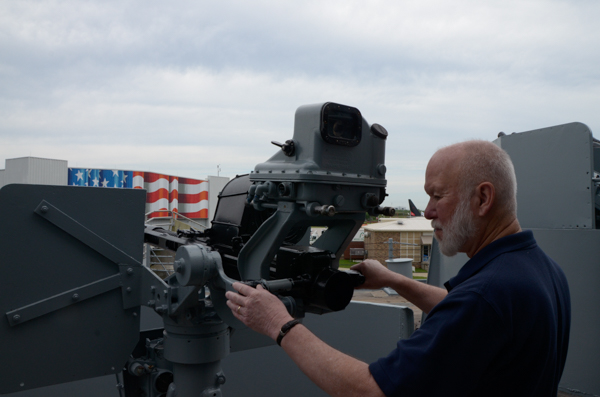 Jim played around with the anti-aircraft aiming mechanism.

Those who manned the main turret guns must not have had claustrophobia! The tube-like structure contained mirrors that enabled "seeing around corners" to aim the guns. 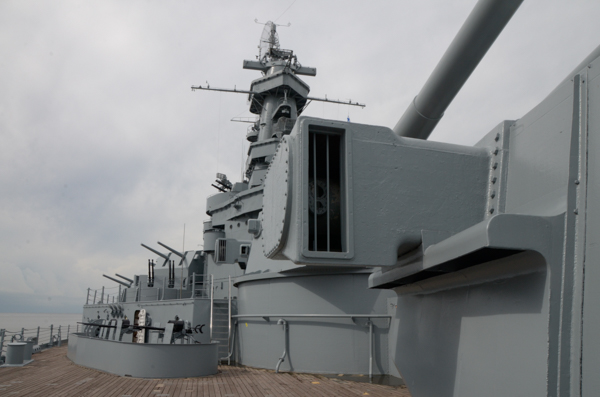 The outer viewport used for aiming is indicated by the vertical opening. 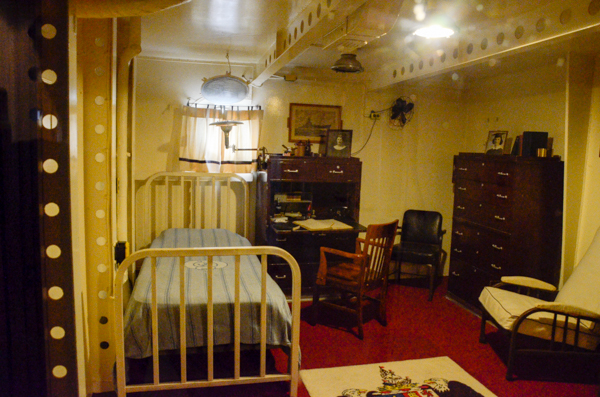 The captain's cabin adjacent to the bridge was not exactly palatial, but it was a step above the ordinary seaman's bunk.

There were numerous interesting aircraft on display, but the real draw was the A-12 Blackbird. I was ignorant about the differences between the A-12 and the SR-71 until visiting here and doing some research later. The A-12 was faster (!) and had a higher altitude rating than the SR-71. Check the link for more details.

I was surprised by how BIG it was.

We reluctantly left the museum for what turned out to be a much longer than expected drive to Winter Springs to visit my brother and his family. Since I'm allergic to cats and my brother has three, we always stay at a hotel or inn when visiting. Our original plan had been to meet for dinner, but it was not to be. We simply checked into the hotel and caught a late supper and arranged to meet the following morning.

Cell phones do have their uses.