The next morning we started the day at the Fiordland Cinema in Te Anau watching a short movie called Ata Whenua, Maori for "Shadowland." Click to see the trailer on YouTube. It gave us a glimpse into what the place looks like in the sunlight. (They said it took over a year to make the film because of weather.) Spectacular on IMAX! We bought the DVD. 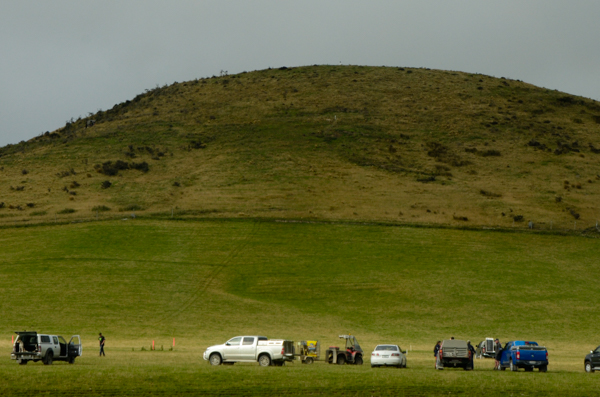 On our way to Queenstown we passed a sheepdog trial. There was a place to pull the bus off the road so we spent time watching one of the runs. Chas explained that this was a serious competition for "heading" dogs.

I didn't have my telephoto handy, so not much detail, but there is a white post just visible 2/3  of the way up in the rough grass. There are three sheep near that post and the dog is above them. The dog's job is to bring the sheep down the hill through a gate at the bottom that is to the left of the white truck.

We were disappointed that it was not a successful run. 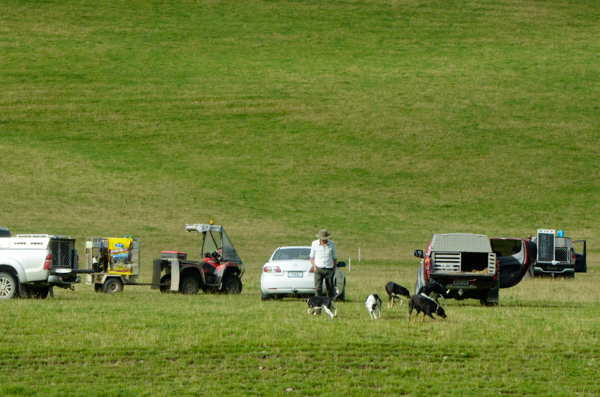 Another competitor is getting his dogs out to stretch their legs.

As we proceeded along we passed a different kind of dog trial, with "huntaway dogs" but didn't stop. In that case the dog herded three sheep UP a hill in a zigzag path through several gates. It seemed like a more difficult trial.

I've read while putting this together that three is the most difficult number for managing sheep. Two will stick together, but the third one is a wild card. 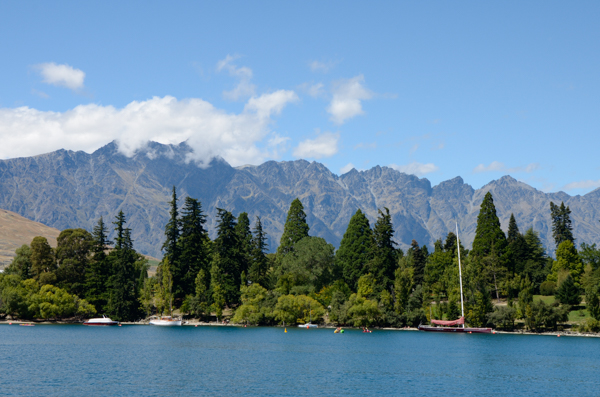 We have arrived in Queenstown. Our program was to find lunch on our own and meet back at the bus in the afternoon to proceed to the hotel.

The mountains in the background are The Remarkables. Queenstown Gardens on the edge of Lake Wakatipu is in the foreground.

Many Road Scholars ended up at the same restaurant deck with the view above: 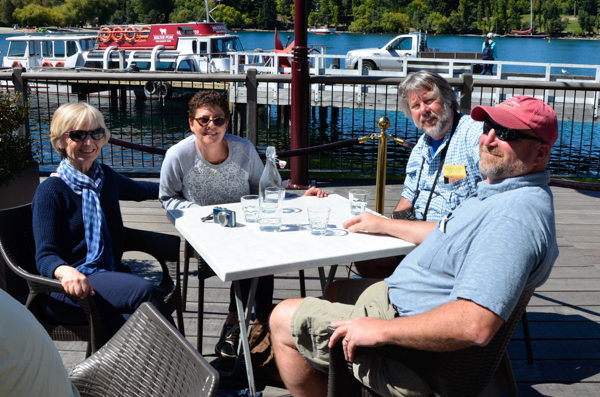 And Jane, Cheryl, David & Ed. They were four of our Canadian contingent. 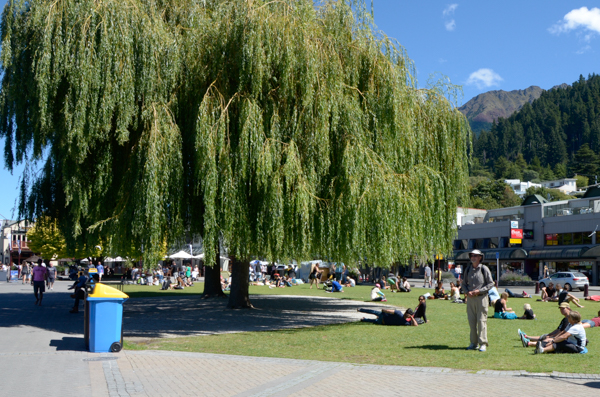 Queenstown on a Sunday afternoon during the Chinese New Year celebration is crowded! Not liking crowds, I didn't care much for Queenstown. But it's fair to ask a similar question as I asked about Stewart Island: If it hadn't been wall-to-wall people, would I have liked it better?

Except for noisy jet boat rides, noisy boats pulling para-sailers, noisy this and that everywhere you turn. Even the iconic Fergburger joint had a noisy line around the block to get in. It's probably noisy inside too.

The New Zealand Coot went extinct prior to European settlement, but the smaller Australian Coot began to spread into NZ beginning in the mid-20th century. 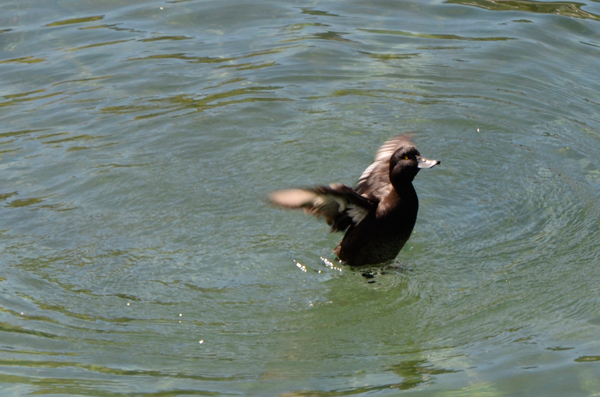 This is a New Zealand Scaup stretching its wings. 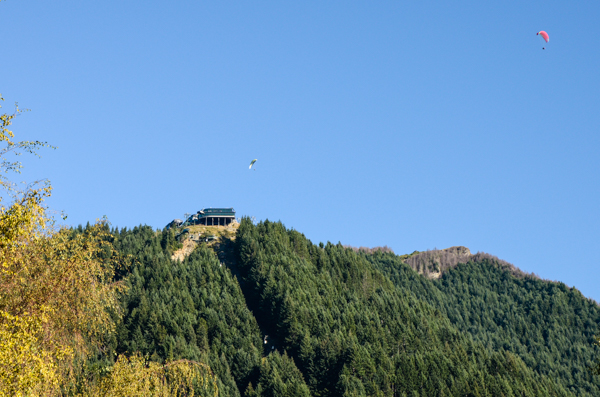 The Skyline Restaurant sits on a hill high above Queenstown. It is reached by a gondola and is a favorite place for para-gliders.

We went there for dinner and if it hadn't been noisy wall-to-wall tourists it might have been nice. The food, once you could get to it, was good.

The view over Lake Wakatipu toward the Remarkables was spectacular.

Wakatipu was carved out by glaciers during the last ice age. Chas explained that the relatively smooth surface of the mountains on the right was due to the glacial action.

The rugged Remarkables, in contrast, were protected from glacial scouring by a buildup of broken ice acting as "ball bearings" as two glaciers intersected over the area that became Queenstown. 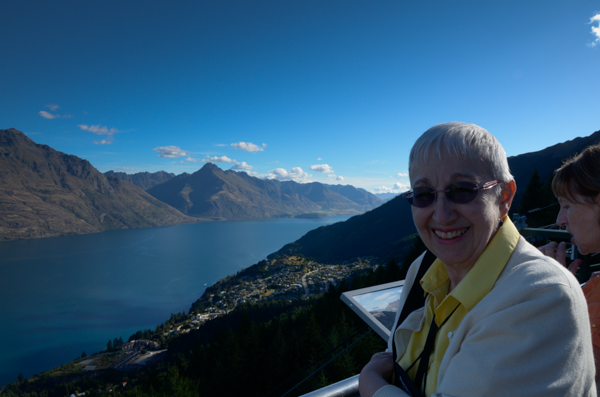 Looking down another leg of Wakatipu with Linda enjoying the view.

This is the direction we will travel the next day to visit the demonstration sheep ranch. Its location can just be seen as the green strip on the far shore of the lake.