It was time to bid goodbye to the North Island, Dianne, and Tony, our driver. Suzanne continued on with us to the South Island, which is where we would spend most of our stay. We flew from Wellington to Dunedin in the south of the island. There we met our new site team: Chas & Taf. 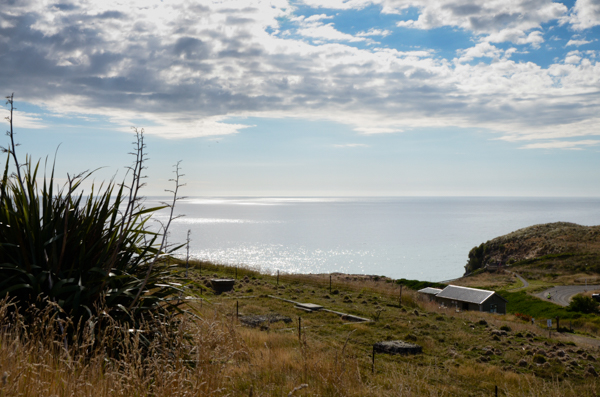 The day after our arrival we traveled out the scenic Otago Peninsula to the Royal Albatross Centre to view the only mainland nesting sites of the Northern Royal Albatross.

The Southern Royal Albatross breeds even farther south. The northern species has wings that are more consistently black. 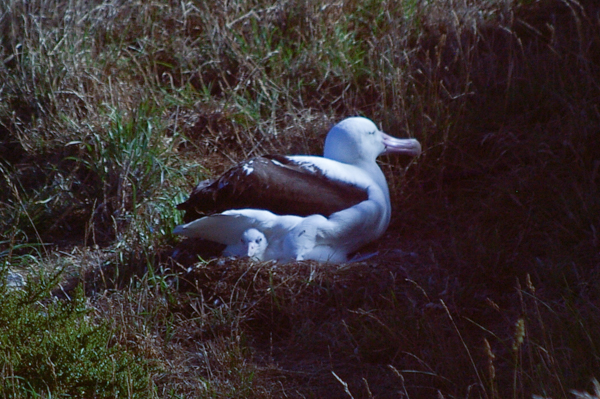 Although we had been told that our viewing time was limited, we were allowed quite a long time to watch the chick, who put on several winsome poses.

Predation and habitat loss are a major threat to this bird and it is currently on the IUCN Red List of endangered species.

The Southern Royal Albatross is not endangered although it is consider threatened because of restricted breeding sites. It hybridizes with the Northern population. 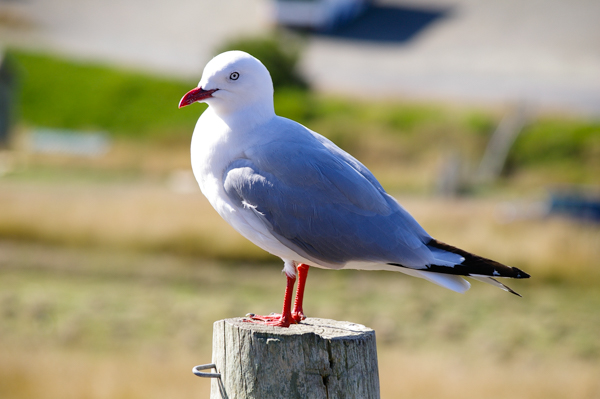 The red-billed gull also breeds at Taiaroa Head. This individual must have been quite vain because s/he posed for quite a long time.

These are the most common gulls in NZ and we saw A LOT of them. Nevertheless they are considered threatened because of recent dramatic population declines. 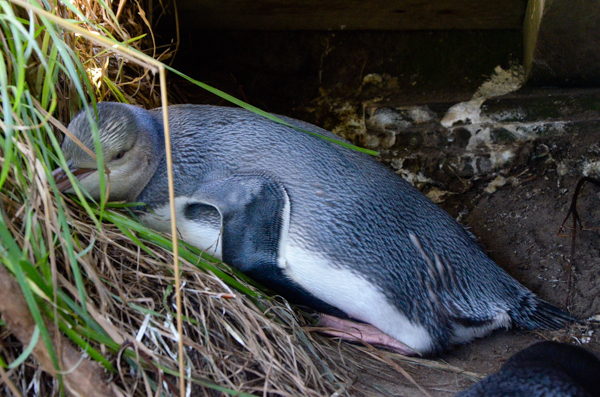 After the albatross we visited Penguin Place.

This young Yellow-eyed penguin is barely awake. His sibling, partially seen in the lower right, is sound asleep.

The chicks are vulnerable to predators when alone, and the parents are particularly vulnerable when traveling from the shore to the nesting site. 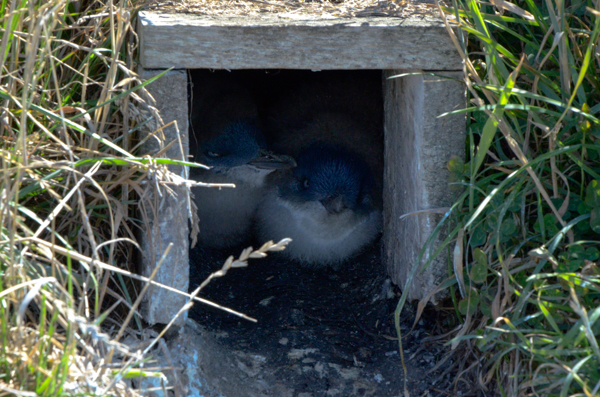 Another area of the reserve was dedicated to Blue Penguins, which are also known as Little Penguins.

These birds nest in burrows so Penguin Place has built numerous nesting holes for their convenience. Not all are occupied, but this one had a couple of chicks happily tucked in and enjoying the scenery.

We saw a number of Blue Penguins at sea throughout the rest of our trip. 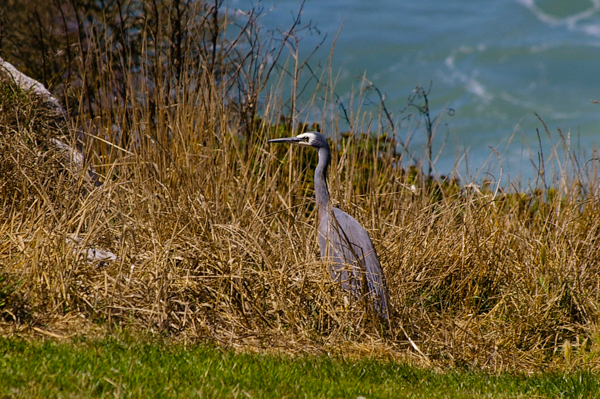 We also saw this White-Faced Heron. The bird was so still it took a while to spot it.

Another bird that we saw at Penguin Place was the New Zealand Fantail. Unfortunately I didn't get a picture. Even if I had, at the rate it was whizzing around it would have been out of focus! 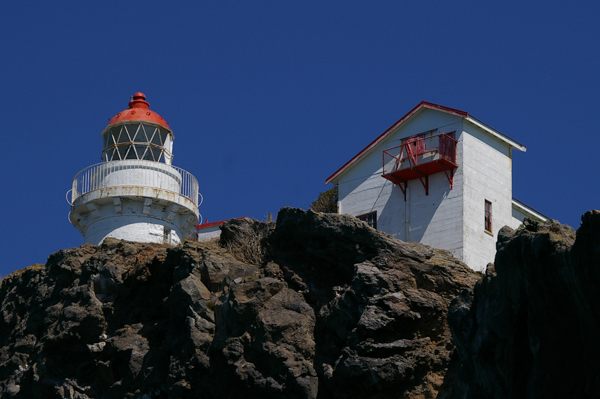 After visiting the penguins, we boarded the MV Monarch for a cruise around Taiaroa Head.

The lighthouse dates from 1864. 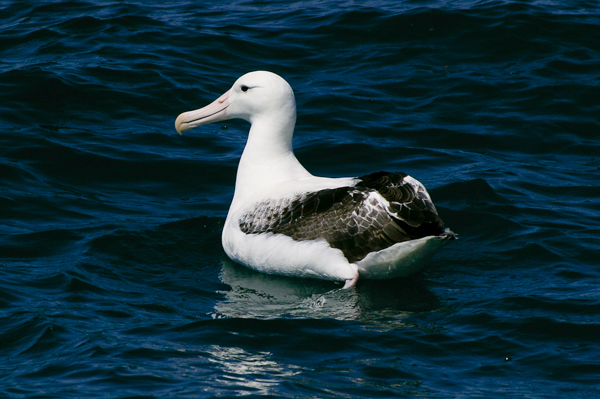 As we moved into the open ocean we were joined by albatross. Because of their size it is difficult for an albatross to take off unless there is a fair wind. It had been very calm all day, but there was starting to be a breeze.

I think this is a Southern Royal Albatross because of the amount of white on the wings.

We saw many other birds. 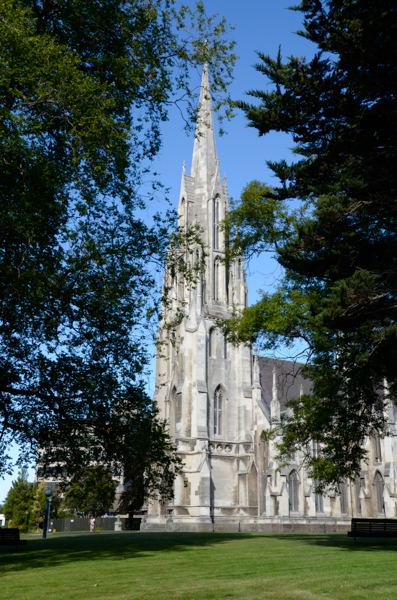 After returning from the Otago Peninsula, we walked around town and visited the First Presbyterian Church.

Some day I might do some research to verify the things we were told about the Scottish Presbyterians and the settlement of Otago. Or not.

I would like to spend more time in Dunedin. It was the one place I felt really rushed. It has escaped destruction from both earthquake and urban redevelopment.