I'm a sucker for flowers and plants. 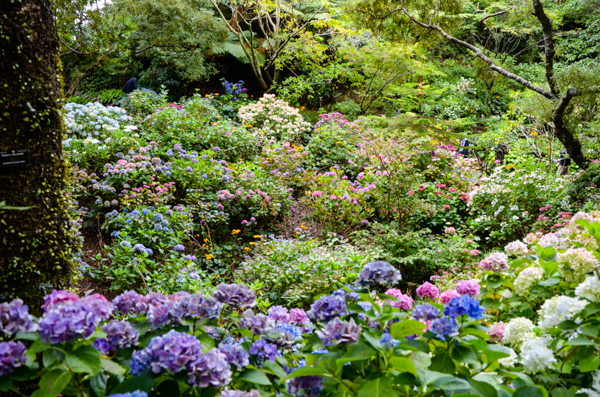 Throughout New Zealand we saw hydrangeas of every size and color (but usually blue). This section of the garden was choked with them.

There was an extensive succulent collection. I broke away from the rest of the group to spend some time here. Jim later told me that the garden guide was very concerned about "the woman who ran up the steps" when I didn't return immediately. I was very reluctant to leave this area. 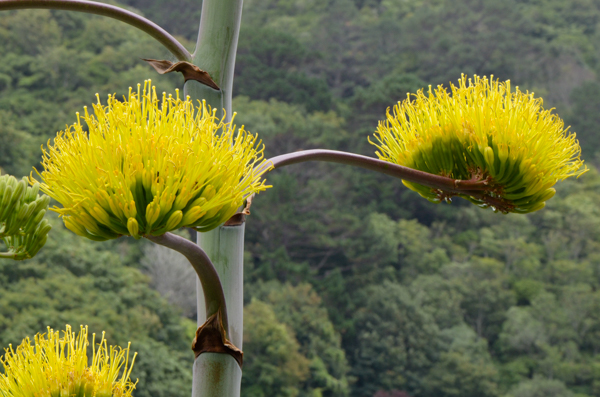 I couldn't find a label on this plant, but the base leaves looked like some kind of agave. The flower stalk was enormous. It sounds similar to the Parry's Agave that I found online. 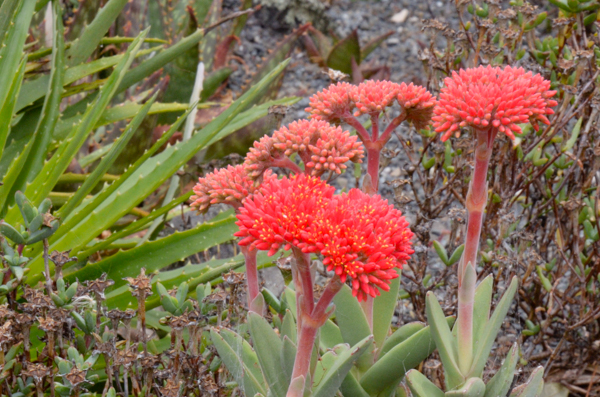 This is a Crassula falcata (airplane plant). It's from South Africa and won't grow in Virginia, alas. 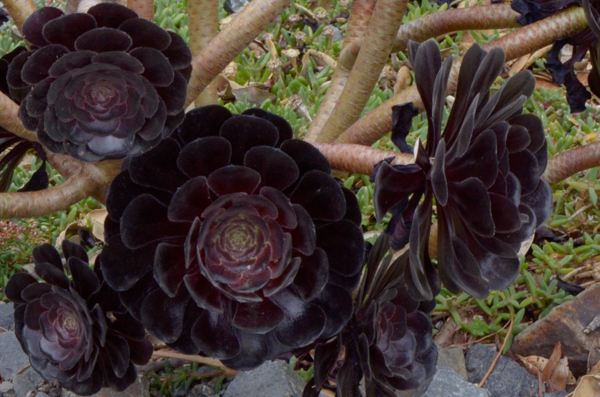 This dark beauty is an Aeonium arboreum. Also not hardy in Virginia. 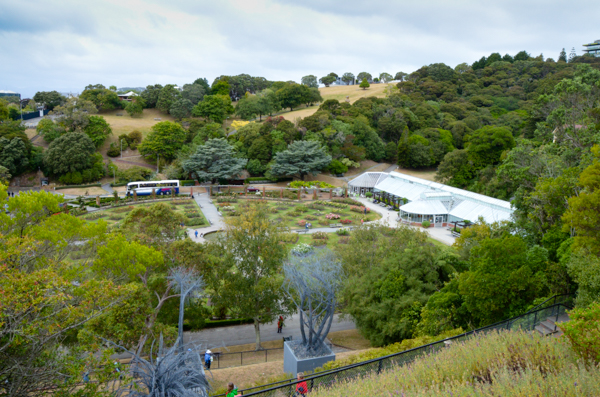 I eventually caught up with the others toward the end of the garden path. Our bus was waiting for us at the rose garden, but I had some time to spend in the adjacent Begonia House.

On the hill opposite is a sculpture garden. Right below me are some metal tree "sculptures." 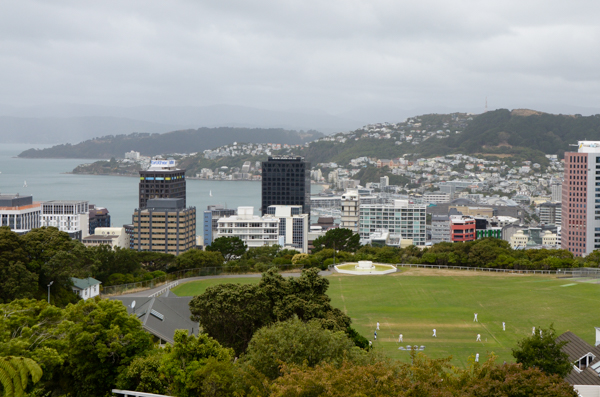 Across the street from the rose garden was a Cricket pitch. NZ was hosting the Cricket World Cup while we were visiting.

After being asked repeatedly, Suzanne explained Cricket to us ignorant Americans:

The Rules of Cricket

You have two sides, one out in the field and one in. Each man that's in the side that's in goes out, and when he's out he comes in and the next man goes in until he's out.

When they are all out, the side that's out comes in and the side that's been in goes out and tries to get those coming in, out. Sometimes you get men still in and not out.

When a man goes out to go in, the men who are out try to get him out, and when he is out he goes in and the next man in goes out and goes in.

There are two men called umpires who stay all out all the time and they decide when the men who are in are out.

Now, from the ridiculous to the sublime...

The next few pictures are of tuberous begonias. I used to plant these every year as annuals at our farm. I always had the ambition to dig the tubers for saving over the winter, but never did. I've not seen them for sale around here, but after this visit I'll do my best to look them up again. 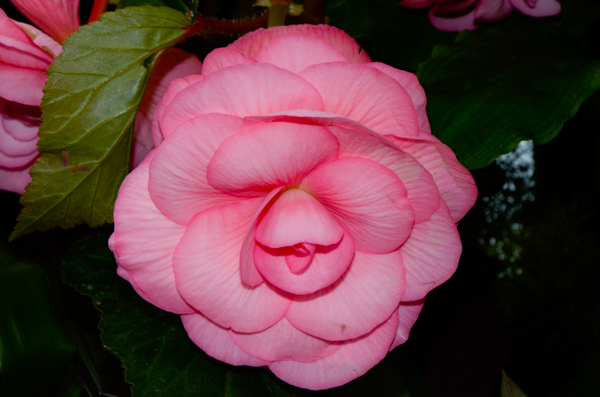 They have so much variety of form and outrageous color. Yummy. 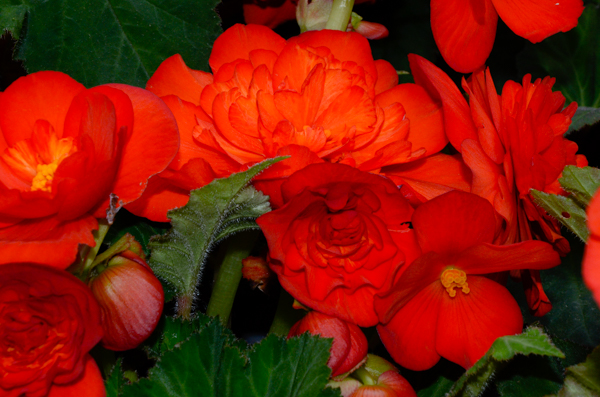 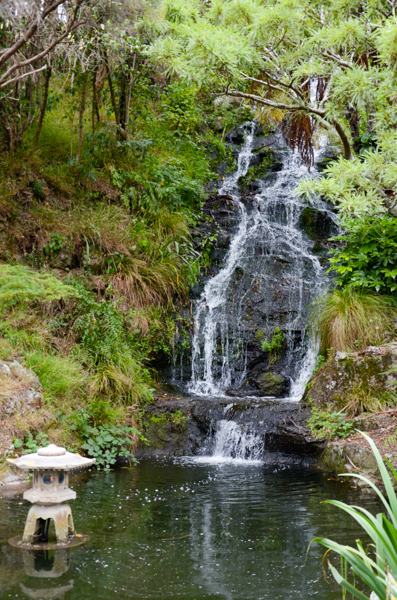 This peaceful corner was near the rose garden. It is the "Peace Flame Garden" and the small lantern in the pond contains "preserved fire" from the atomic blasts at Hiroshima and Nagasaki.

There is also a bush garden featuring native plants, but it is at a different location. If I ever get back....