The next morning in Rotorua was our first introduction to Chinese New Year travelers. In 2015, the New Year celebrations began on 19 February and ended on 5 March. The Chinese had holidays from 18 February to 24 February. Many of them added on a week or two of vacation and came to New Zealand. We ran into significant crowds in popular tourist sites such as Rotorua and Queensland, and Chinese vacationers elsewhere as well.

This was not all bad. Several hotels, including the one in Rotorua, served up a Chinese breakfast buffet. I had learned to like Chinese breakfast foods while in China, so I feasted on noodles, veggies, congee and assorted condiments. I prefer those to broiled tomatoes and baked beans for breakfast!

The Rotorua Museum facility was built in the early 20th century as a bath house to capitalize on the popularity of the hot springs, which were reputed to have medicinal value.

Men received treatment in the north wing (closest here) and women in the south.

The clashing orange fencing marked off the area of an adjacent croquet tournament. 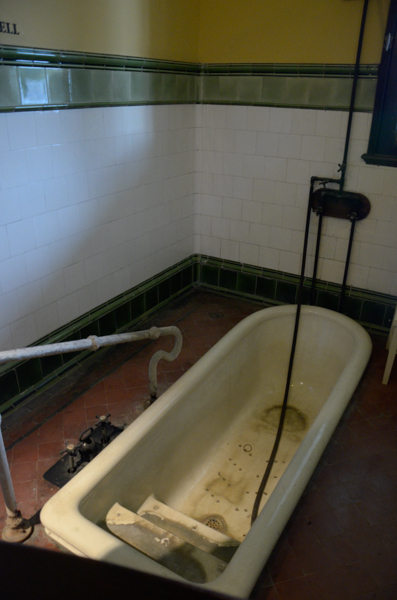 Attendants administered treatments in small cubicles with deep bath tubs. Some of the rooms included equipment to send "mild" electric shocks. Thanks, but no thanks!

The springs were the same as now feed the Polynesian Spa. "Priest" waters were recommended as most valuable in the treatment of arthritis, rheumatism and nervous disorders. The "Rachel" waters and mud baths were used to manage rheumatic diseases - the waters were regarded as soothing and sedative, relieving pain and reducing swelling in joints and tissues. 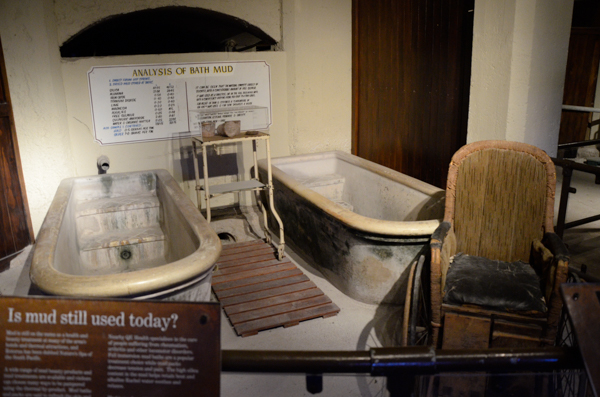 Mud baths were located in the basement. There were specialized showers used to remove the mud after the treatment, but I expect they didn't work so well for those "hard to get at places." 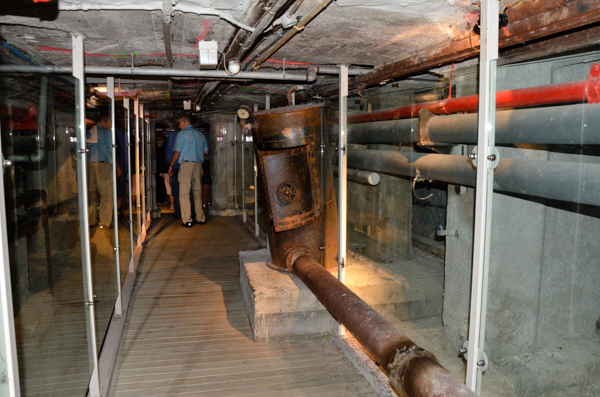 The building itself was fascinating. All of the plumbing was in the basement, which made it easier to access for maintenance and repair.

And there was need for a LOT of maintenance and repair as the acidic water and sulphur reacted with the pipes.

The decrepit pump shown here featured in the very good movie about the volcanic past and present of the area. 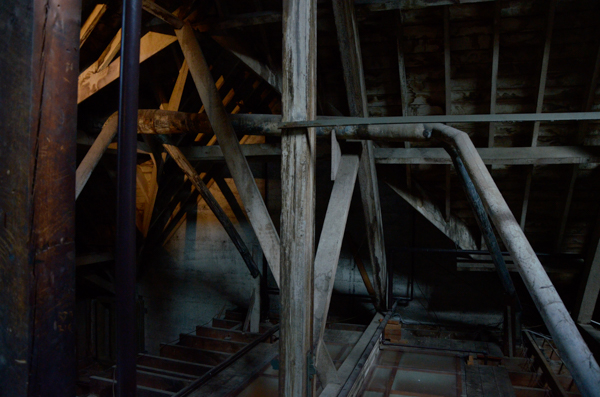 Since the hot water created large amounts of steam and since the steam was sulphurous, ventilation was a key concern. The designers developed elaborate attic piping to vent the treatment rooms, but it was inadequate. Excess moisture and noxious gases were a continuing problem.

The decorative roof cupolas took advantage of the prevailing winds to vent moisture and gases delivered by the piping, but they didn't work as well as expected.

The Bath House was turned over to the Health Department in 1947 and closed in the late 1950s.

The building became a museum and night club (!). It wasn't until the 1990s that it was restored to its original splendor. 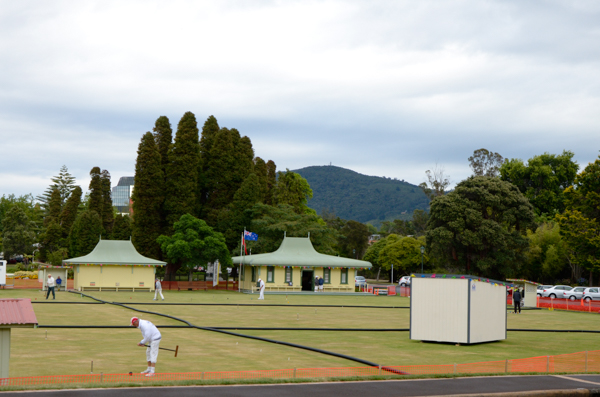 The bathhouse is located in Government Gardens. This is the venue for the Rotorua Croquet Club which was hosting the 11th World Golf Croquet championships. 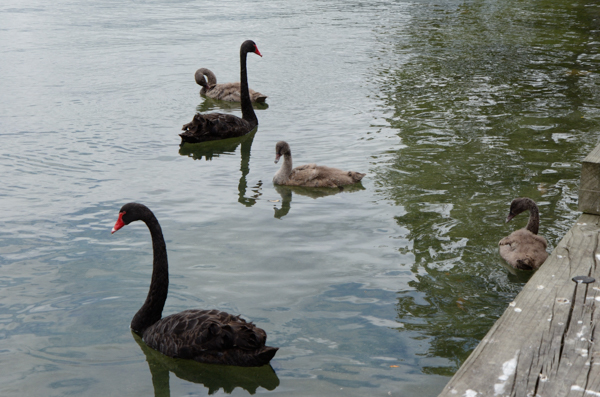 After the museum, Jim and I walked downtown to find some lunch. A local woman noticed us puzzling over a map and asked to help. She recommended the Fat Dog Cafe, which turned out to be an outstanding choice.

Afterwards we walked along the lake. This black swan family looked well-fed along with the other waterfowl. The swans were native to NZ, but disappeared after humans arrived. They were reintroduced from Australia in the mid-19th century and may also naturally fly over the Tasman sea.