Our final day in Auckland started with another lecture and continued with a field trip to the area west of Auckland into the Waitakere Ranges and the Muriwai beach and gannet colony.

Lecturer Dr. John Walsby is a marine biologist by profession but a general naturalist by inclination. He explained that his specialty, the organisms of the intertidal areas, required knowledge as well of the deeper reaches of the sea and the land that provides nutrients, and pollution, to the tidal zone. 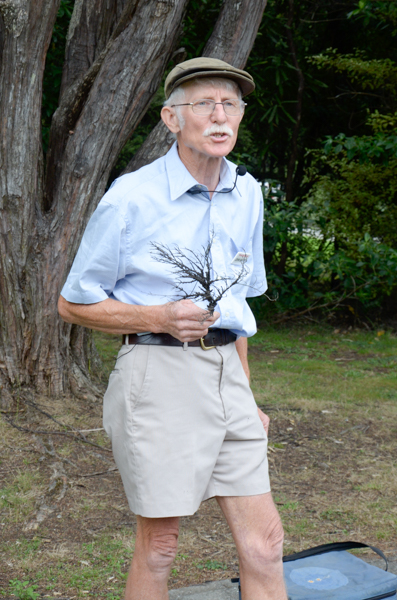 Dr. John was an enthusiastic and colorful speaker. He explained many concepts in a humorous and earthy style that made them hard to forget. I can imagine that he has recruited many marine biologists from his students.

Here he is explaining how this one little branch tells a story of the interrelationships of the tree, lichen, insects and I don't know what else.

He also provided much information about oysters, mussels, scallops and paua, or abalone. 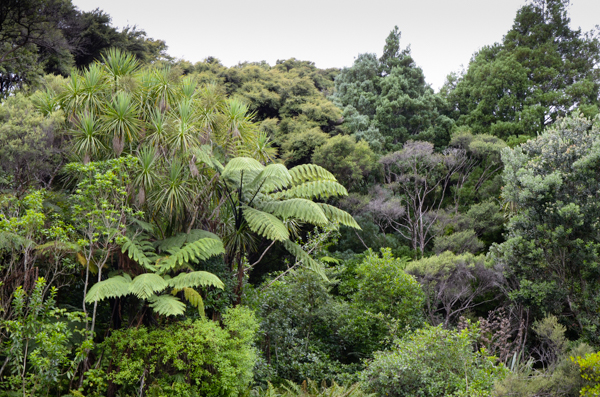 Some of the native bush forest in the Waitakere Ranges had been preserved because a dispute over ownership prevented its being logged out. We were able to see the variety of plant life and the native birds that it supports.

At one time almost all of New Zealand was covered by forest like this. 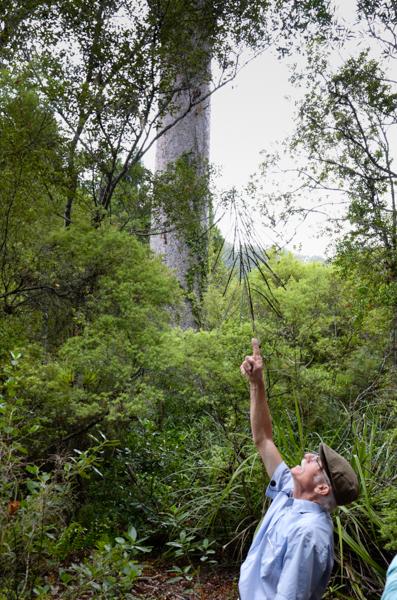 The iconic tree of the North Island forest is the kauri. It grows to an immense height and produces a straight, fine-grained lumber. Few of them were spared.

Kauri are being replanted, but they are very slow growing. They are also being threatened by a new disease: Kauri dieback. 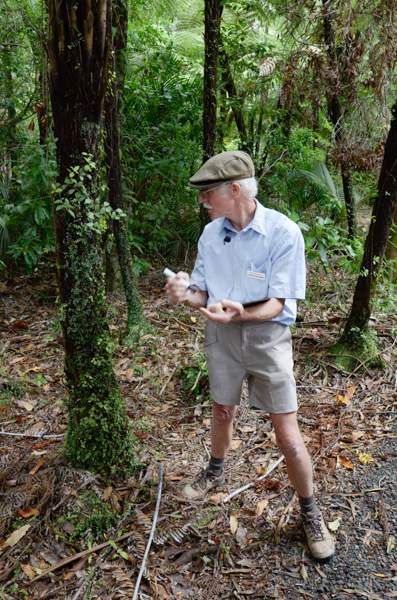 The northern rata begins life as a tiny vine as shown on the left. Over time it grows and grows until it overwhelms the host tree. 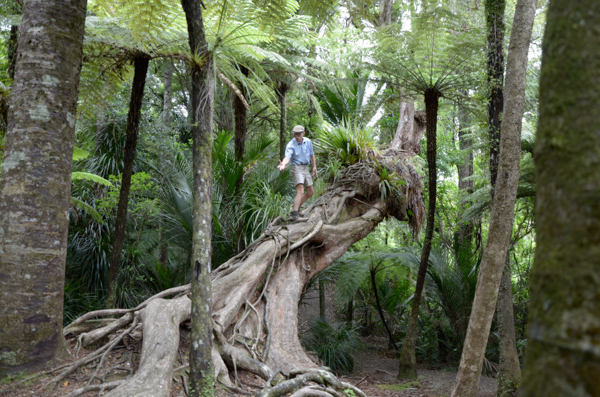 This tree has fallen under the weight of a rata, which is now as large as the tree trunk itself. It will eventually take the place of the tree in the forest canopy. 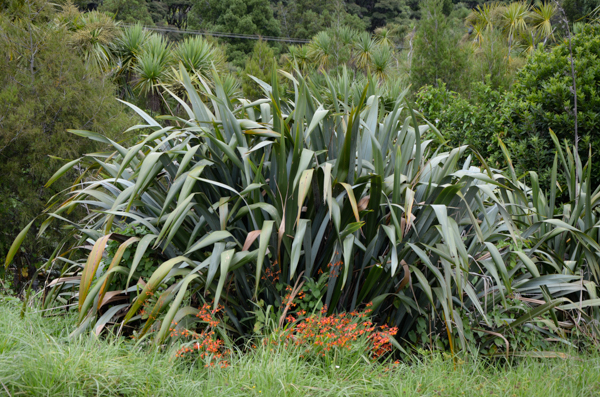 Another common plant of the New Zealand landscape is the "flax" plant, which is not related to the European flax -- it is related to the day lily. This plant provided the Maori with cloth and building materials. It was also an important trade item with the early Europeans. 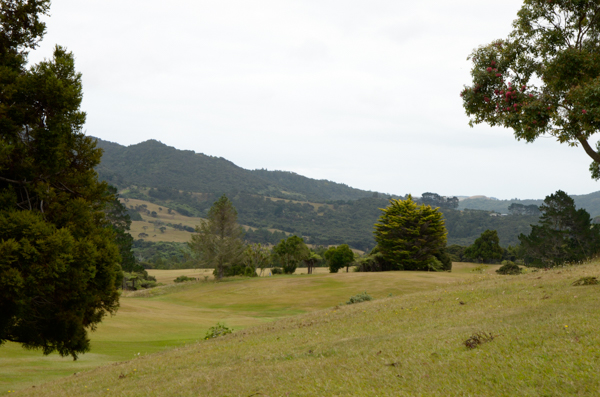 At the edge of the native forest is a golf club where we had lunch. The extent of the forest can be seen along the ridge.

We were able to see (and hear) many native birds in this area. 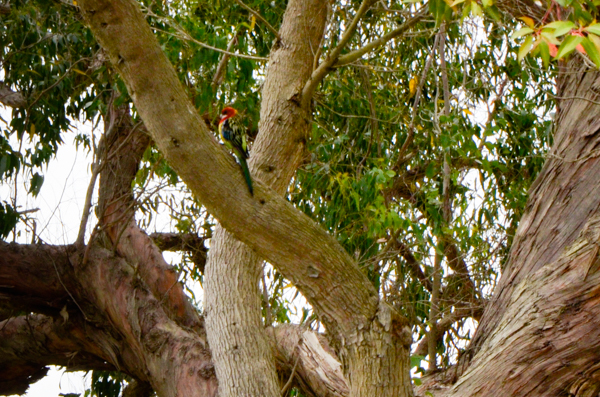 This particular red-headed bird, however, is not native. It is an Eastern Rosella, a parakeet introduced from Australia and now wide-spread. 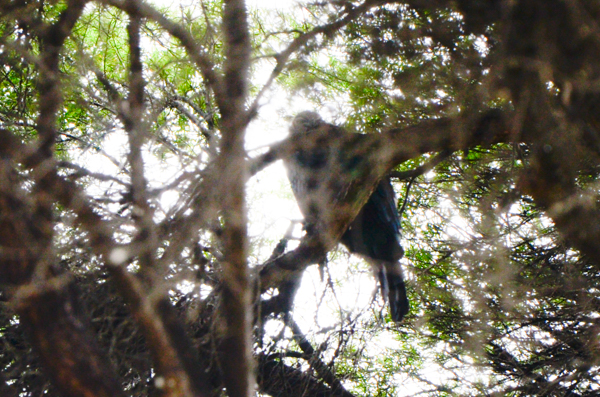 This is a terrible picture of a tui, but it's the only one I got. I wasn't able to capture the characteristic white "bib" under its throat. They have a wonderful song. Recordings are available at the link. There is a pretty good beer in the South Island that is also called Tui.

Another bird we saw in the forest was a North Island Robin. I was able to get a much better picture of the similar Stewart Island Robin later on so haven't included an image here.