After a morning with the group investigating the Gothic Quarter, Jim and I headed to visit the Parc Cuitadella. In the 18th century Barcelona backed the losing side in the War of the Spanish Succession. As a result the winner, King Philip V, built a large citadel in the Ribera district of the city. Workers displaced from the site were relocated to the newly reclaimed area of Barceloneta. The Citadel was finally demolished in the mid 19th century and the site was used for the Barcelona Universal Exposition of 1888. We thought it might be less crowded than the rest of the area. Not really. 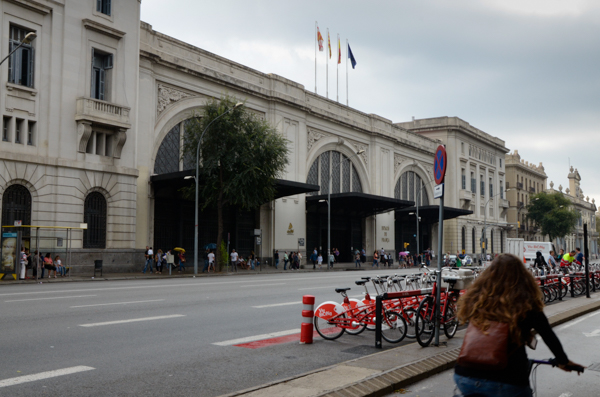 On the way we passed the Estacio de França train station. We can never pass by a train station without visiting it. This was no exception. 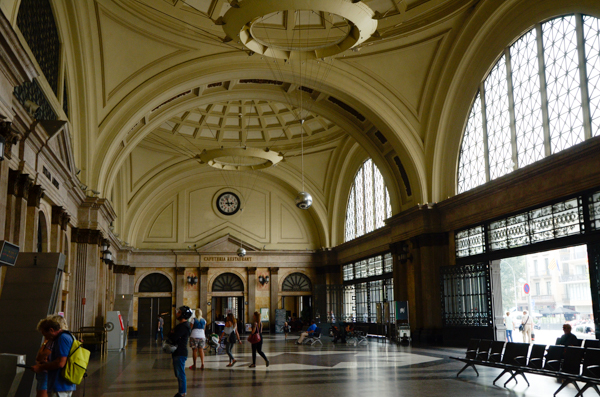 The main hall is spacious and bright. The station was constructed for the 1929 International Exhibition. It is not much used now because other stations have better connections to mass transit options.

The train shed is really quite beautiful. 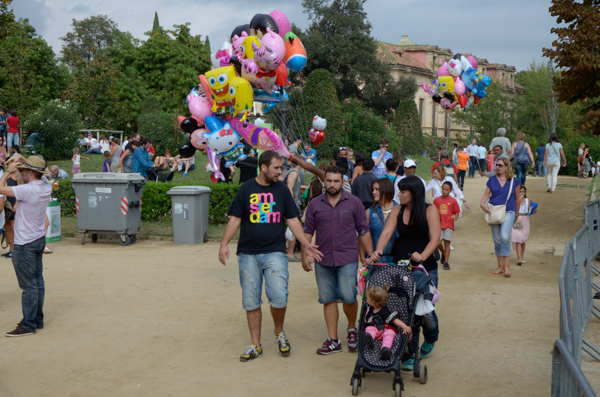 The Cuitadella Park is a favorite location for family outings. The La Mercé climax is a holiday throughout the city, so everyone was enjoying a day off in spite of the drizzly weather.

There was once a time that Europeans dressed significantly differently from Americans. You could spot an American a block away. No more!

The park was full of trees for children to climb. There were a number of shrubs like the one on the left that were almost like fortress towers. There was actually a bit of a line to clamber up inside this plant.

Food is a popular attraction at the park. 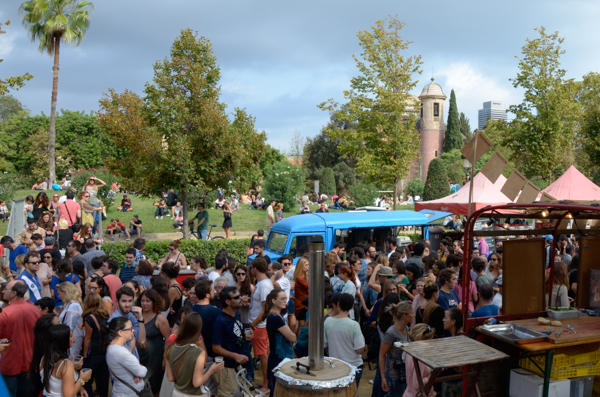 This was the food court. I don't know if this would have been just as crowded on an ordinary weekend or holiday. Whichever, it was jammed. I was glad we had already eaten! 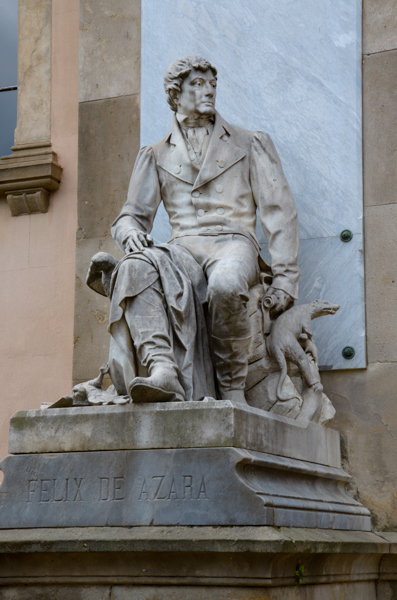 There were numerous buildings in the park that we made no attempt to visit. The Martorell Museum of Natural History, which was closed when we visited, had this sculpture of Felix de Azara. We had never heard of him, but later learned that he was a pretty fascinating fellow.

He was an Army General, engineer and amateur naturalist who spent 20 years in South America in the late 18th century mapping the region and describing the native species.

He described very many species and several are named after him including the odd creature included in the statue, which appears to be an "Azara's Opossum." 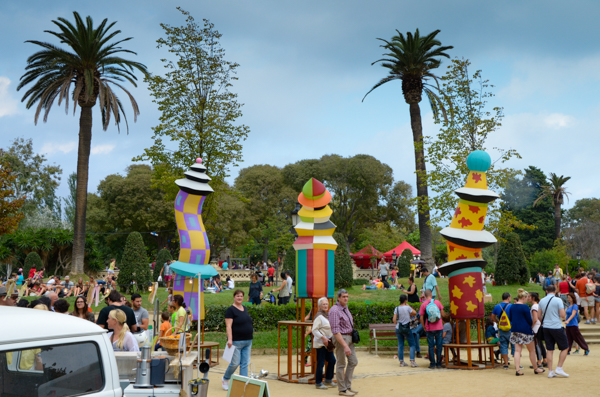 We couldn't determine whether these fanciful constructions were permanent or special for the holiday.

Elsewhere we found this terrific playground. The children were having a grand time pushing one another in the swing. As in our first day's expedition it was a delight seeing children actively amusing themselves rather than waiting for someone else to amuse them or tell them what to do.

Of course it's always fun to spend time with Dad. We hadn't seen anything like these little "horseless carriages" before. 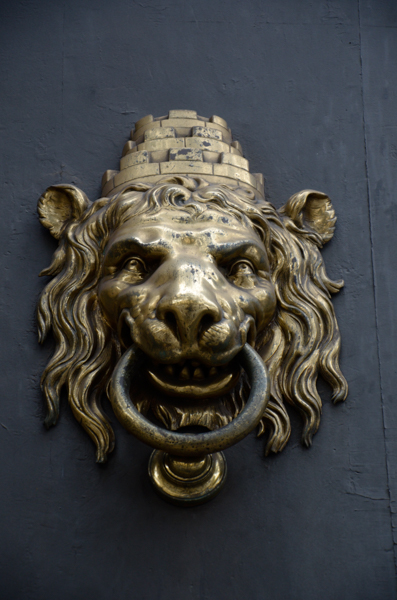 On our way back to the hotel we walked past the Casa Llotja del Mar. This had been on my list of places to visit, but it wasn't open on the holiday and we never got back. (At the link, you will need to click on the "Eng" designation in the upper left hand corner.)

At one time this building, which had originally been constructed in the 14th century for the (more or less) Board of Trade, was used for a military barracks. Perhaps the knockers dated from that time. My guess is that they were designed to be used from horseback or coaches. 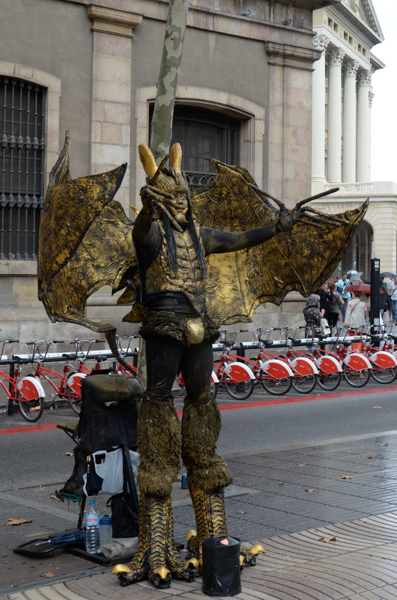 We walked back from Parc Cuidadella to Las Ramblas to catch the subway back to the hotel. There is an area where a number of mimes have set up shop. They are supposed to have a license prominently displayed to show that they have paid the appropriate fees.

This chap doesn't appear to have a license posted -- probably doesn't have one -- but he had a fabulous costume and was really working the crowd.