After lunch we visited Nilmoguba Village -- home to a noted ice-diving center. It has also established a program with beluga whales. For our expedition we had several choices: cruise the local waters in a Zodiac, cruise plus visit the whales, and cruise, visit the whales and then visit the village and dive center. We opted for the cruise plus whales. 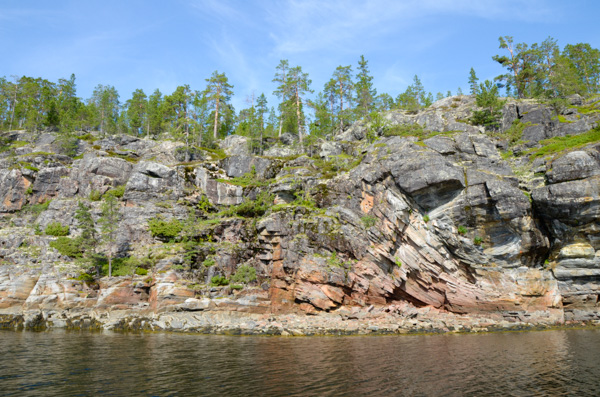 The cruise took us to this rock scarp where we can see the effects of up-thrusting. The steep face, a favored place for the divers, continues into the sea.

At some point someone drew this wooly mammoth on the rock face. It isn't prehistoric. I have been unable to find out anything about it on returning home and if we were told the details I've forgotten them.

Must be getting old!

I find that this is the only picture I have of David Holloway, our Stanford professor (in the blue hat with the beard).

David is an expert in the history of nuclear weapons, science & technology in the Soviet Union. His lectures added hugely to our understanding of this far northern area.

We are entering bird territory -- or at least into territory where the birds aren't all hidden in the trees.

This is a white wagtail. I have some other bird pictures from this cruise, but I can no longer remember what they are.

Note to self: next time take notes! 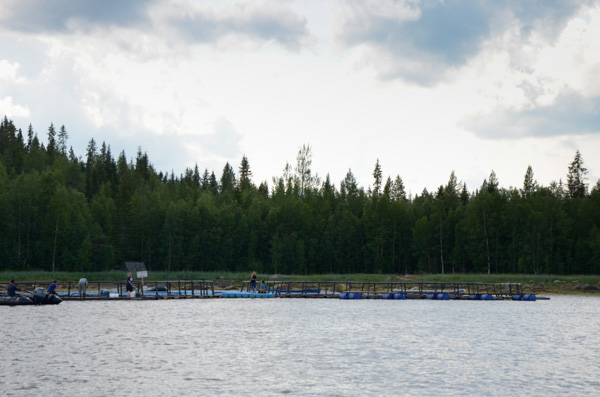 The whales were cofined in two floating enclosures. As can be seen below, spectators can surround an enclosure for better viewing. For some reason we weren't allowed to visit one of the enclosures. Perhaps the whales were too skittish? Ill? Injured? Aggressive? We later discovered this program was not quite as expected. 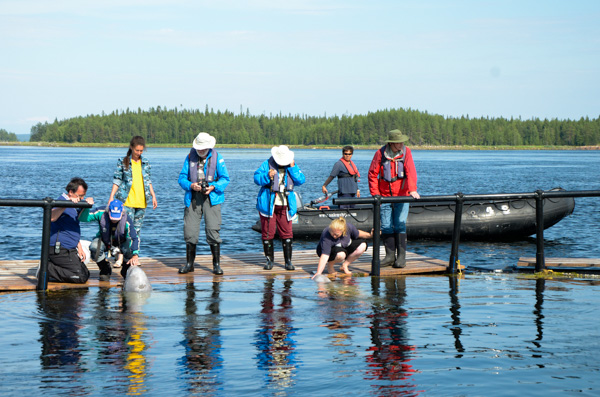 Two juvenile females lived in the enclosure we visited. Young belugas are darker than the adults. The whales we saw in the open sea were usually pure white.

I spoke with a young man who worked here and he said that their goal was to develop a breeding program in the inlet near Nilmoguba. Whales bred in these protected waters could then be used to restock areas where the population has declined.

At least that's what he said. 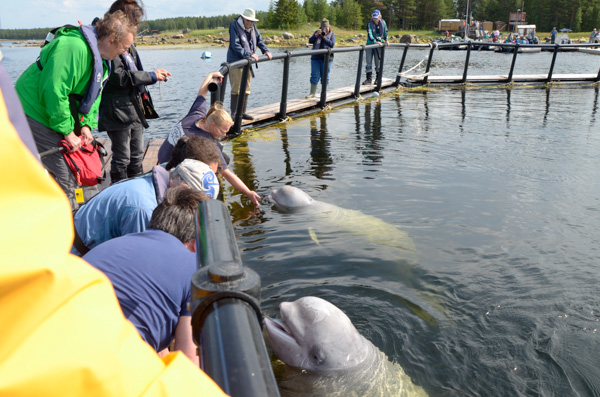 There was the opportunity to get up close and personal with the youngsters. It seemed rude, but I did eventually touch one of these friendly beasts. Their skin was cold and rubbery.

There were later intimations that all was not as represented and that the whales kept here were destined for lives in captivity at "sea world" types of establishments. Accusations once flourished on the WWW, but I've not seen any recent ones. 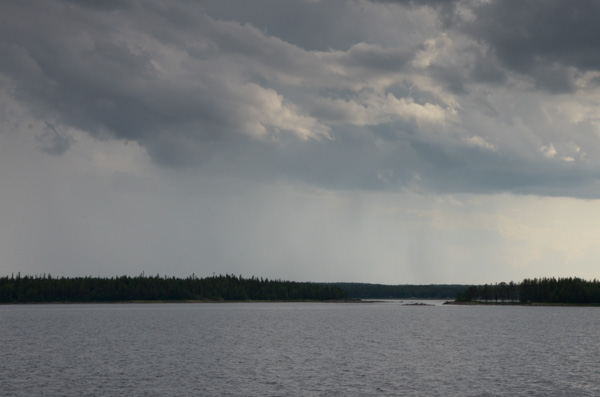 We were glad that we had omitted the village trip as a thunderstorm moved in with pouring rain and lightning. We got back to the ship in time, but later arrivals were soaked.