The monastery we had already visited on Great Solovetskiy Island was farther south than our current destination,  the less-visited northern part of the island. Although there was a skete or "minor monastery" here, there was much more nature.

We enjoyed lunch and lectures while the ship took us back to Great Sovoletskiy Island. On most days there were lectures by the expedition staff or our Stanford faculty leader, David Holloway. For example, during our cruise between Kusova and Solovetskiy we had lectures on the geology of the White Sea and the Russian Orthodox Church. Unfortunately I didn't take pictures of any of the lectures, but they were key to the richness of the overall experience -- much more so than the information that guides presented at any particular tourist spot. 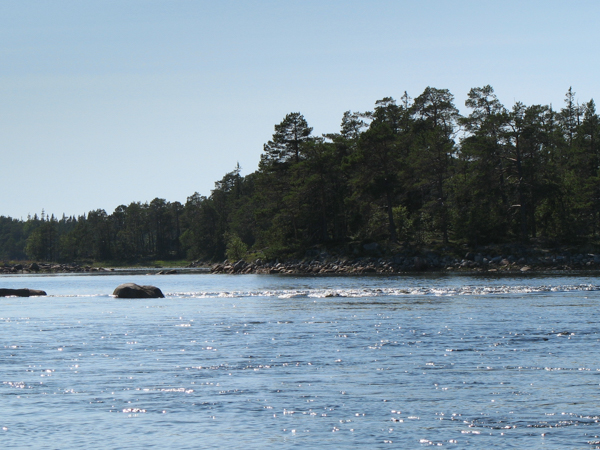 At each landing the expedition crew first scouted a route in:  they looked for the fastest and safest way and identified a convenient landing spot.

Sometimes, however, what appeared to be a safe route changed with the tides and this was the case today. Between the time of the scouting trip and our departure, "white water" developed over rocks exposed by the ebbing tide. The excitement of the ride wasn't due to rapids -- it was due to worry about damaging the outboard motor and wasting the afternoon waiting for rescue from a disabled Zodiac!

As it happened our intrepid leaders threaded their way safely through the rocks without incident. 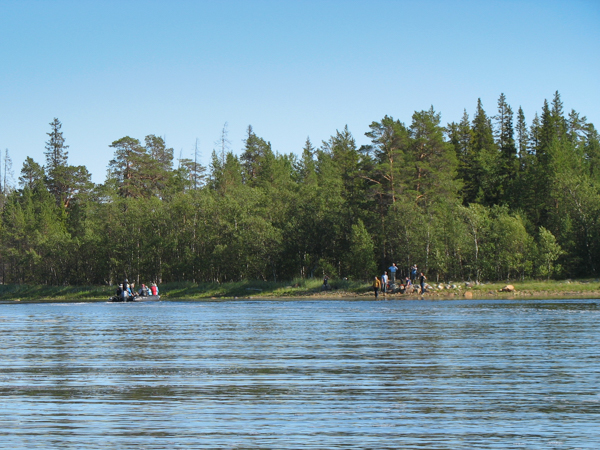 Another benefit of the scouting trip was to land staff to help with the passenger Zodiacs. They "set up camp" and identified places where we could exchange our wet landing boots for hiking shoes and stow our lifejackets while we were ashore. 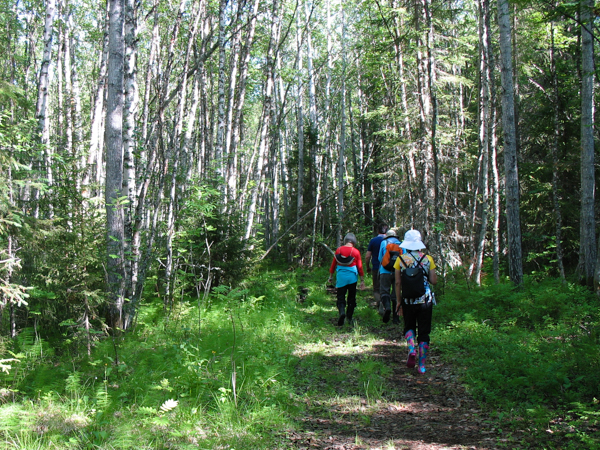 At this location, in addition to a pretty long Zodiac ride, we had a significant hike to get to our destination. But it was still a gorgeous day and we enjoyed the walk through the woods. 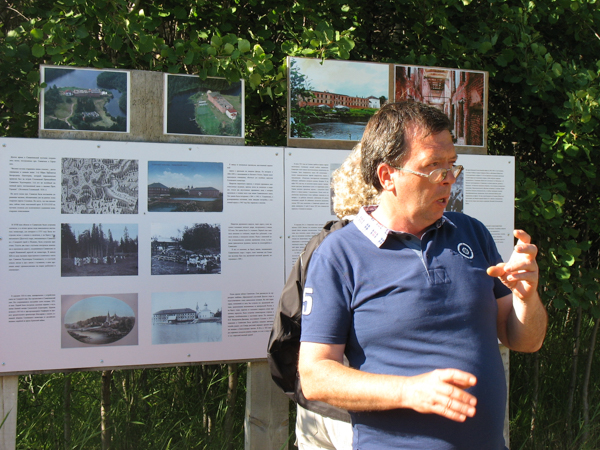 Even in this remote location there are educational resources for tourists describing both the built and natural environments. The signs were in Russian, of course, so we were lucky to have Oleg explain what we were seeing. 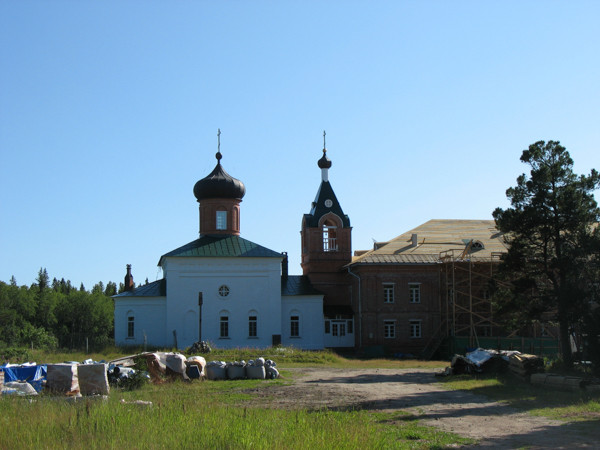 The minor monastery was being restored. I didn't make a note of its name when I was there. Best I can tell from online searching it is Savvatevsky Skete. 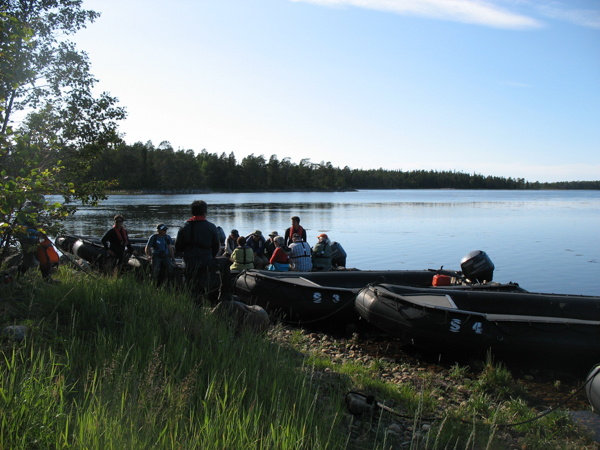 After visiting the skete, we hiked back to the Zodiac landing.

The Zodiac drivers were either Zegrahm expedition staff or able-bodied seamen (called ABs for short) from the ship. Some of the ABs were better than others. I returned to the ship in one of a pair of Zodiacs driven by ABs. The lead driver kept getting lost in the maze of small islands and bays so our driver coached him home. They weren't speaking English, but his body language was expressive of disdain.

I never became comfortable with the "AB" designation. It may have been perfectly respectful in context, but it didn't seem that way to me.